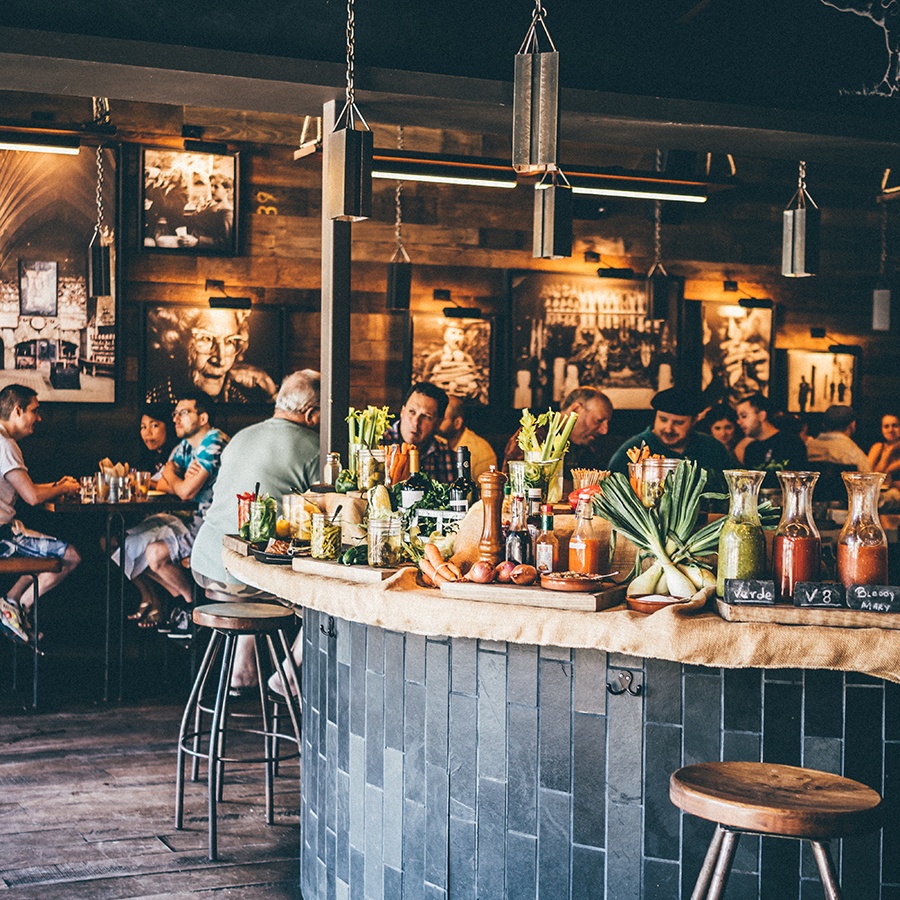 These tradition-bound fortified wines from southern Spain are becoming more and more popular as a sipper and mixer on bars around the country, but Boston’s tapas joints are particularly excited to be in the midst of International Sherry Week, which closes out on Sunday, Oct. 14. Taberna de Haro has been celebrating, and continues this weekend with bottle specials and complimentary small plates to pair with them. The area’s two locations of Barcelona Wine Bar, which are overseen by general managers who are also certified sherry specialists, have specials and events going on, too. Find an Ode to Jerez menu by chef Gregory Torrech this weekend at the Brookline outpost, and/or attend a sherry class with chef Emilio Garcia at the South End location this Saturday from 2:30-4 p.m. ¡Salud! 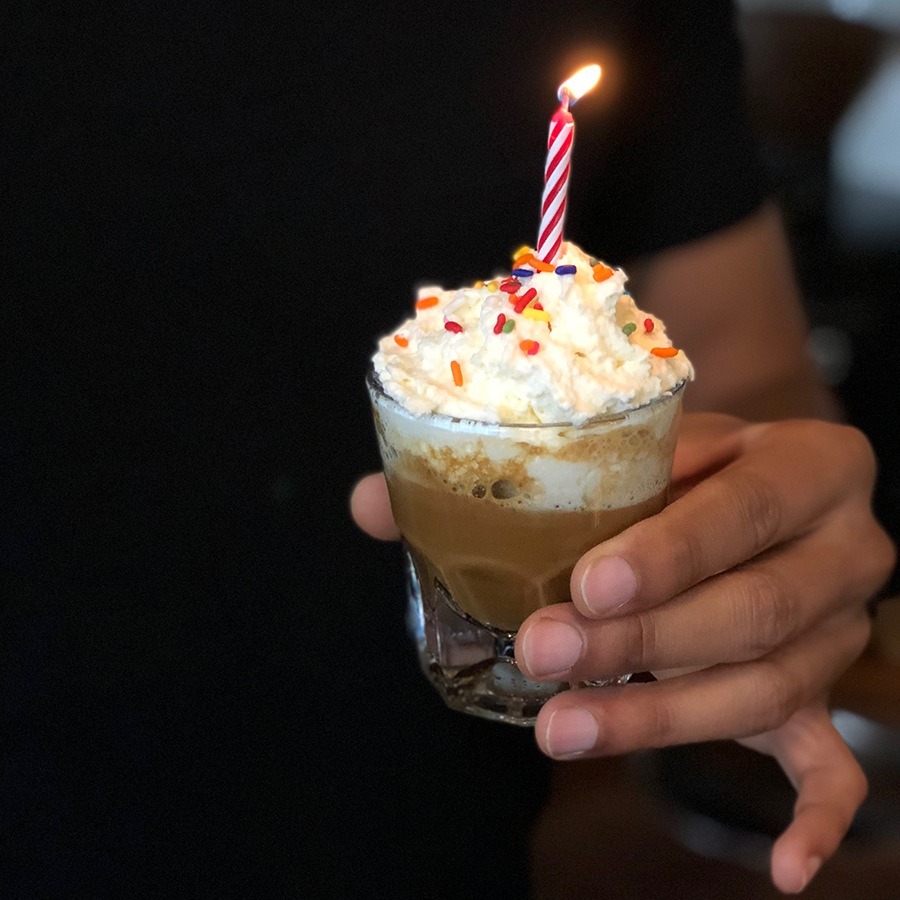 Have a birthday cake cortado at Gracenote Coffee. / Photo provided

It’s been three caffeinated years of the pocket-sized Gracenote Coffee shop—and that calls for a smattering of rainbow sprinkles to go with our favorite cortado. Sip a honey whipped cream-topped birthday cake cortado at the standing espresso bar through Saturday, Oct. 13. The special-edition version is made with Gracenote’s Central Mass.-roasted Alpha espresso, almond, and a touch of sweetened condensed milk, and is topped with rainbow sprinkles and of course, a candle. Other birthday drink specials from earlier this week continue through Saturday, plus there will be $1 shots of espresso on Friday, Oct. 12. Bags of the Upton-roasted coffee are 20 percent off through the weekend, too. To many more years of Gracenote fueling downtown Boston! 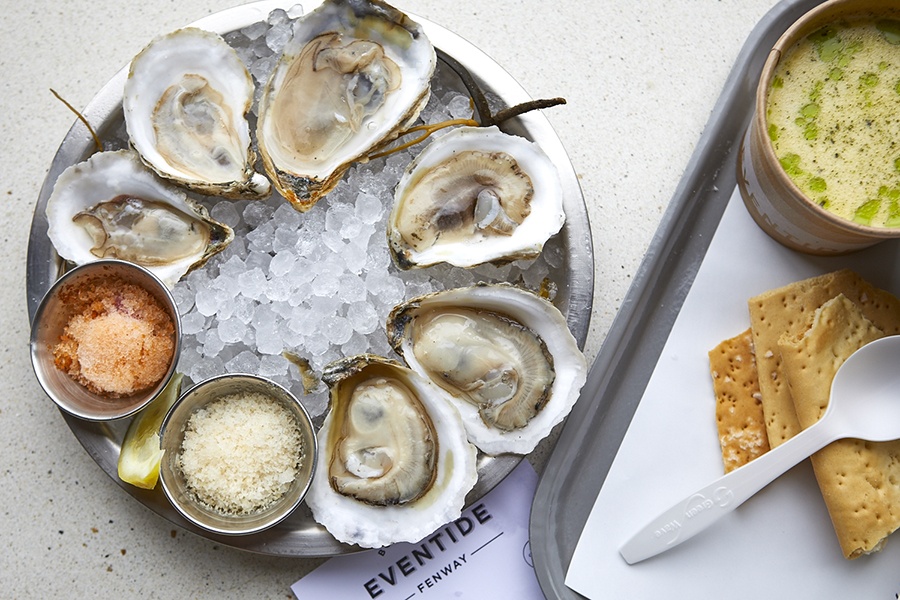 It’s a special occasion over at Eventide Fenway, too—the fast-casual outpost of the Portland, Maine favorite just turned one year old. To celebrate, sup on $1 oysters all night long on Friday, Oct. 12, and feast on buy one, get one bowls of clam chowder all day on Saturday. On Sunday, there will be three golden oysters to be found among the dozens shucked that day—order a tray and you could win free $1 oysters every Friday for a year. Here’s hoping the Red Sox have a gift for their neighbors from Maine this weekend, too; the home team takes on the Houston Astros on Saturday and Sunday nights, and as usual, Eventide Fenway will have its game day special sausages going in full force.

Yep… It’s still Oktoberfest season, y’all. A couple fun takes on the beer-y party are on tap this Sunday: Beginning at 11 a.m., it’s BARCtoberfest at Down the Road Beer Co. A major fundraiser for pet rescue organization BARC (Boston Animal Rescue Collaborative), the day-long event promises fun for the whole family—four-legged friends included. That includes games, live music, a doggie costume contest, and more, plus workshops on dog park etiquette, pet portrait painting, and a fall floral arrangement class. Oh yeah—and BARC partners Last Hope K9 Rescue, Patra’s Pitty Project, and Survivor Tails Animal Rescue are bringing adoptable pups to meet the crowd. Find more details on Facebook. Over at the original Smoke Shop BBQ in Kendall Square, Jack’s Abby is joining chef Andy Husbands for Smoke’toberfest. The $10 ticket includes live music by the Daigle Beer Hall Boys beginning at noon, plus one beer and a mug from the lager masters. The Smoke Shop is preparing a specialty food menu to pair with the party, and there’s bound to be more fun in store. 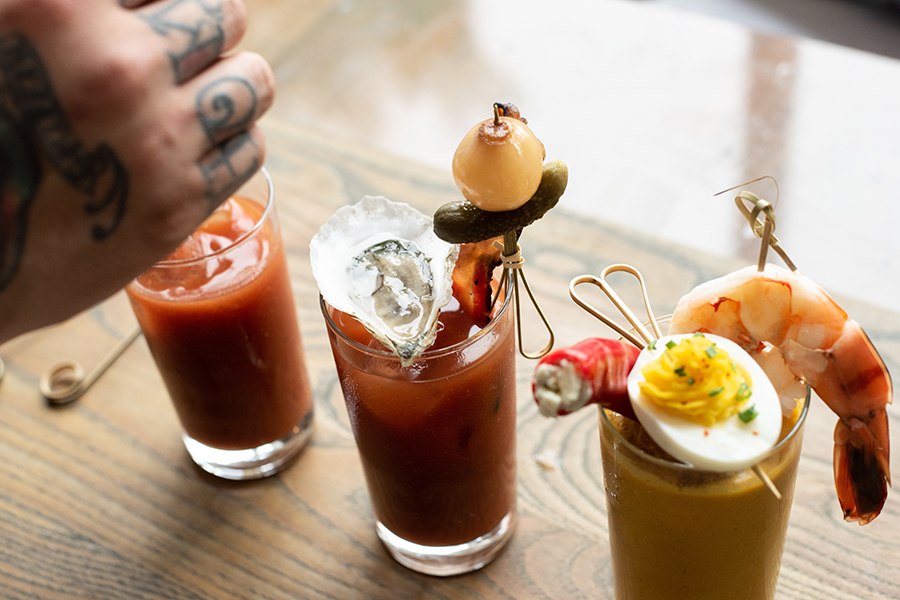 Is it even the weekend if you don’t do brunch? Here are a few enticing, new reasons to get out of bed on Sunday (or Saturday) morning. The Automatic begins the breakfasty-lunchy meal for the first time this weekend, from 11:30 a.m.-3:30 p.m. both days. Soccer fans will want to put Ducali Pizzeria & Bar‘s new Futbol Brunch in their Sunday rotation. Egg-topped pizzas, chocolate chip cannoli waffles, and more $8-$14 dishes are on the menu, while calcio will be on the TVs throughout the North End restaurant. The pizzeria is actually named in honor of the Serie A squad from Parma, who are nicknamed “the duchy men,” or ducali. If it’s a bloody Mary rather than international soccer that gets you out of bed on Sundays, consider trekking up to Island Creek Oyster Bar in Burlington. The suburban outpost just debuted a choose-your-own-cocktail-adventure called Beyond the Bloody Mary, with a range of customizable options like different spirits and accoutrements like spicy blue cheese olives, peppery bacon, a deviled egg, half a lobster tail, a shucked Island Creek oyster, and more. Beyond the Bloody Mary is slated to come to the Kenmore Square outpost in the coming weeks, but the wild array of garnishes are just in Burlington for now.