What does "vanilla zen" actually taste like—and how best would we spike it? 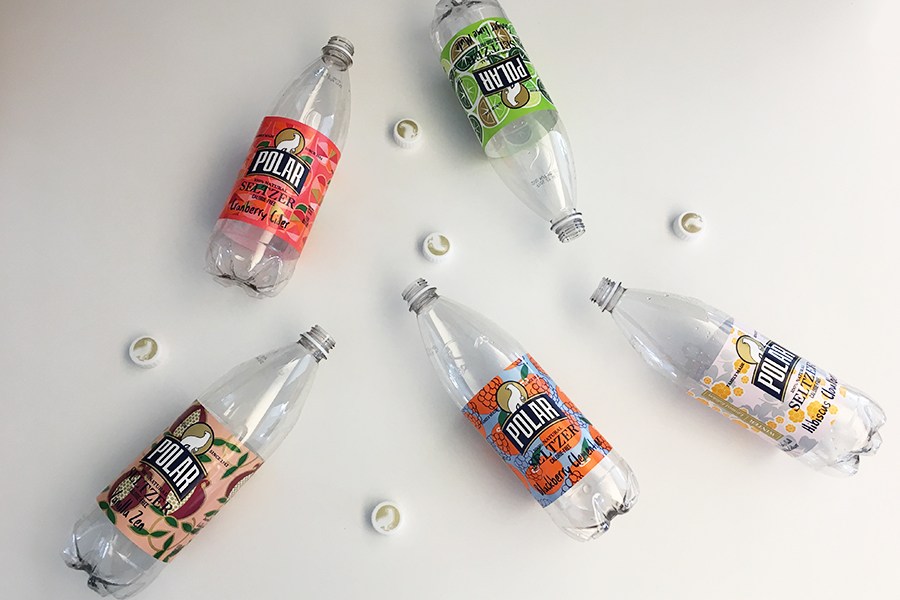 Besides the later sunrise and the impending end of beer garden season, October brings another sure sign that the cold season is setting in: Five Polar Seltzer winter 2018 flavors debuted last week. The latest, limited-edition lineup from the Worcester beverage makers features three bubbly new recipes, and two reprises. As is tradition at Boston magazine, a crew of editorial staffers tried them at our offices and present to you, dear readers, our extremely thorough and informative tasting notes.

For the record, a cloudberry is not a Harry Potter reference, but instead a very real fruit with slightly less punch than relatives blackberries and raspberries.

But what, exactly, is “vanilla zen?” It’s “secretly inspired by our new American Princess the magnificent Ms Markle,” Polar revealed in the winter 2018 collection announcement. That correlation might come from a 2015 interview, one blog notes, in which Meghan Markle said her typical breakfast was either a vanilla shake with blueberries, or an açaí bowl with berries. The seltzer flavor is “resplendent… with serene touches of pomegranate,” says Polar, and it was my personal favorite—but I was alone in that opinion.

“It has a bit of a grandmotherly quality to it,” said food editor Scott Kearnan. Associate editor Madeline Bilis didn’t like the sourness.

“It’s nuts that we’re doing a taste test, sure, but this flavor is nuts,” staff writer Spencer Buell said. “[Polar is] with us here.”

For its part, Polar Beverages says, “We think the full collection of 2018 Limited Edition Polar Seltzer is bright and hopeful, a gift from New England where winter sparkles.”

These five, limited-edition flavors shipped out at the beginning of October, and will be available in liter bottles until they sell out. Polar Seltzer’s VIP newsletter also included renderings of the new recipes in the slim, 12-ounce cans the company debuted with the summer 2018 flavors, so look out for that sleek packaging option, too.

Without further ado, here are the rest of our off-the-cuff comments while sniffing, sipping, and thinking about spiking the Polar seltzer winter 2018 flavors.

Scott Kearnan’s At-Home Bar Tip: Polar cranberry cider would take the edge off of swill vodka, and the vodka would cut the strong bouquet of the cider.

Jackie Cain and Scott Kearnan’s At-Home Bar Tips: Polar vanilla zen would come together with a rich, spiced rum, or could make for a festive bourbon lime rickey.