We followed along with owner Rebecca Arnold as she rolled with the punches of opening a restaurant. 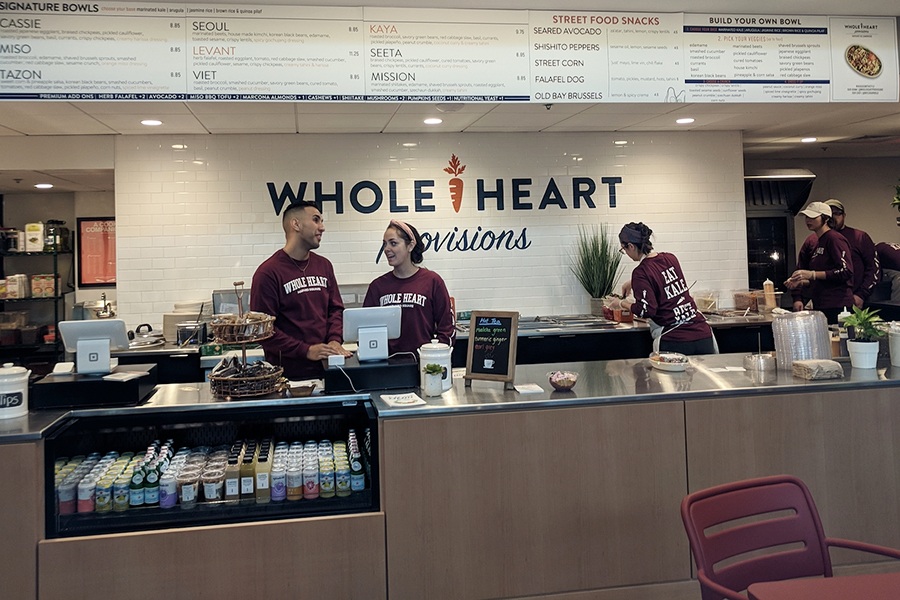 Over the weekend, a third location of Whole Heart Provisions opened inside the Harvard Smith Center, yet another branch of chef Becca Arnold’s veggie-focused fast-casual for bowls and snacks (and the first outpost to serve breakfast). While it might seem like opening the third location of a familiar restaurant concept would go smoothly, every new restaurant comes with its own set of unforeseen challenges, and Arnold couldn’t just fall back on experiences with her already-bustling branches in Allston and Central Square. In fact, as we followed along with her team over the last few weeks of the project, the journey to open Whole Heart wound up being an illuminating little look at the challenges facing all owners—from construction delays to sudden curveballs—as they race to the opening-day finish line.

The reality for any restaurateur is that there are always delays.

“I’ve been with restaurant openings a few times. I kind of expect it. We’re holding our breath with every date,” said Arnold in mid-September. At that time, she was thinking her team could finally get into the space a week later, and start setting up their kitchen to feed the masses of Harvard students and affiliates already getting reacquainted with the renovated campus center.

Blackbird Doughnuts, Pavement Coffeehouse, Bon Me, and Swissbäkers had already been operating for a week. The communal lounges and and seating areas were already packed with students catching up after summer break, and collaborating on early-semester projects. The living walls were already thriving.

Arnold finally got the keys to the 1,000-square foot kitchen that would become the third Whole Heart on Monday, Sept. 24. Before that, she had actually only seen the space a couple of times, which was unusual for a chef who’s been part of opening teams at a Renaissance Hotel restaurant, Alden & Harlow, several Roxy’s Grilled Cheese locations, and two other Whole Hearts.

“We just submitted our plans and it all got built for us. We were in Central every day, [making decisions like], let’s put this type of wood here, and what paint do we want?” Arnold says. 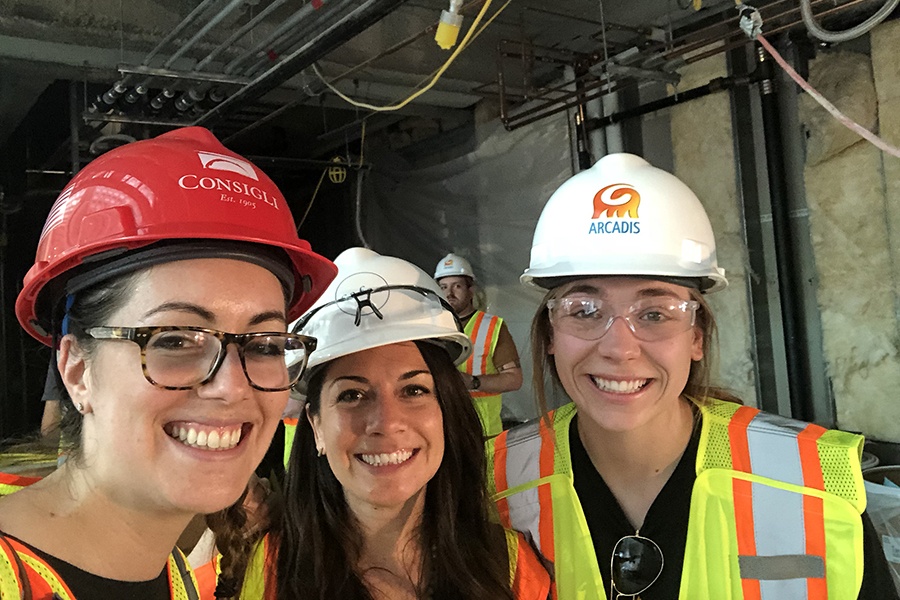 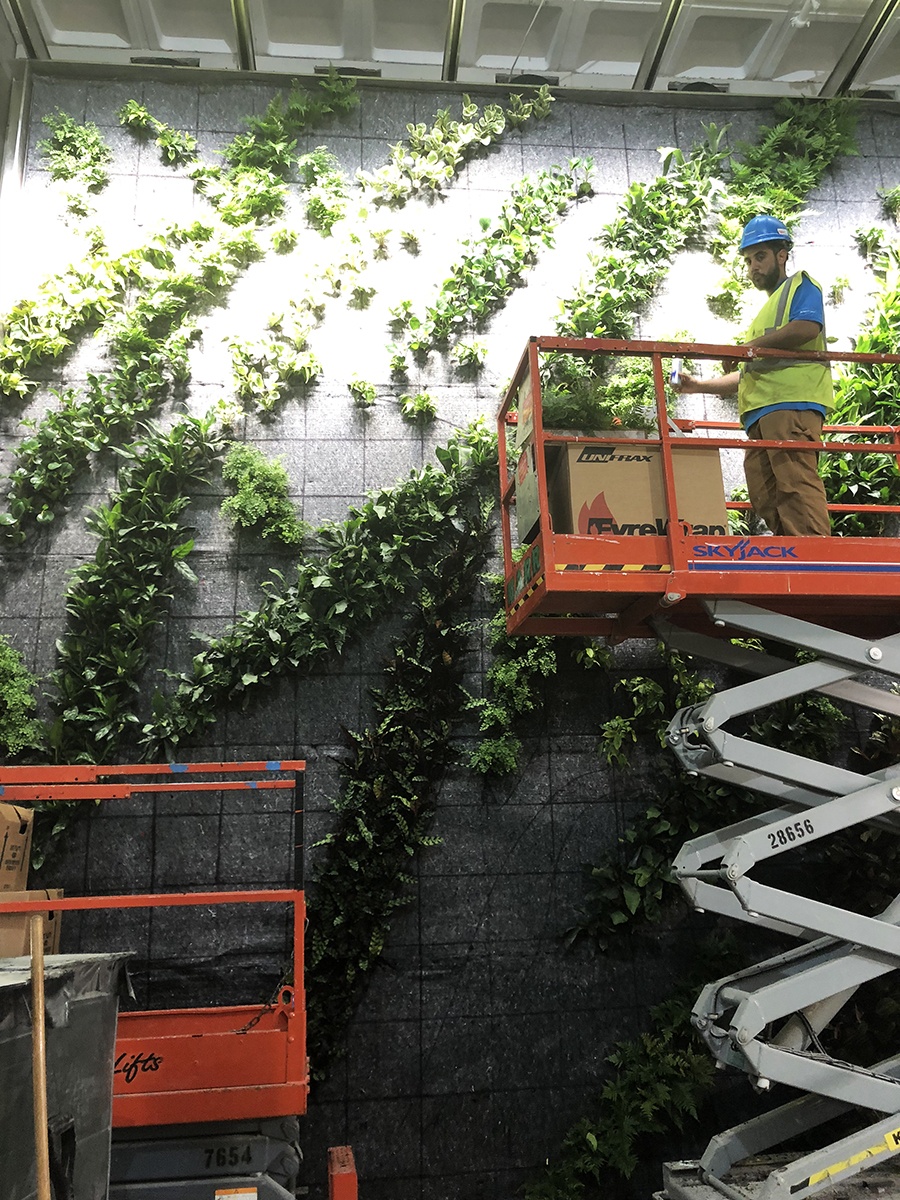 A living wall went up inside the Harvard Smith Center in June 2018. / Photo provided

In Harvard, the shared nature of the building left many details out of her hands. For example, Whole Heart, which is just a counter-service kitchen that opens out toward a communal seating area, was not allowed to decorate the storefront exterior with its signature carrot. The branding is limited to a Whole Heart mural on the tiles behind the line.

“We didn’t quite realize how limited the decisions would be,” Arnold admits. But the location—literally in the middle of Harvard’s campus—has its tradeoffs. “Being around a community of students and faculty is beneficial for us, with tourists coming through too. It’s definitely our customers right there.”

With keys in hand, the first step was to do a walkthrough with the contractors Harvard had hired for the Smith Center rebuild. Months before, Arnold had already given the company’s architects her plans—which meant she had to take some educated guesses about what the space required.

“We know what kind of equipment we’re going to need. [We know] How our line works,” Arnold said, thanks to the experience of taking over an existing restaurant to open the first Whole Heart in Allston, and then building-to-suit the location in Central Square.

But sight unseen in Harvard, those plans required predicting the future.

So on that first walkthrough, Arnold pointed out several things she realized needed to change—a refrigerator needed to be swapped out for one that vents out the front, rather than the back. The wells for the countertop prep station were the wrong shape. The door on a walk-in cooler should open from the opposite side for better flow. Even a line of grout that was missing from the tiled wall.

“We have to roll with it,” Arnold says.

This was also the time that Arnold and her team started envisioning where shelving would go, and where they would set up prep areas. “There are lots of things you notice once you’re physically in the space,” she says.

With custom shelving to be made, Arnold shifted her focus to finalizing the new menu. The Smith Center is open to the public at 7 a.m. every day, and Harvard is requiring its food vendors to be, too, so this location has Whole Heart’s first breakfast menu, with açaí bowls and some grab-and-go options.

It serves the full lineup of lunch-and-dinner favorites, like the Cassie bowl of Japanese eggplant, pickled cauliflower, chickpeas, savory green beans, basil, currants, crispy chickpeas, and creamy harissa; and specials like the coconut curry Kaya bowl. It also offers street food snacks seared avocado with crispy lentils, sesame shishito peppers, and a falafel dog. Guests can create their own dishes from the Harvard menu, too.

The team hired 20 new employees for the Harvard location, who spent time training in Central Square.

By October 10, the Whole Heart team was charging toward the finish line, and they picked Saturday, October 13 to open—as if they had control over that. Some last-minute utility work in the building pushed back the opening by a day. Typical.