The Slice Is Right: Four New Pizza Places to Try around Boston

Drizzled with hot honey, dotted with house-made sausage, and topped with plenty of bubbly cheese: Boston’s rolling in dough once again with these four new pizza spots. 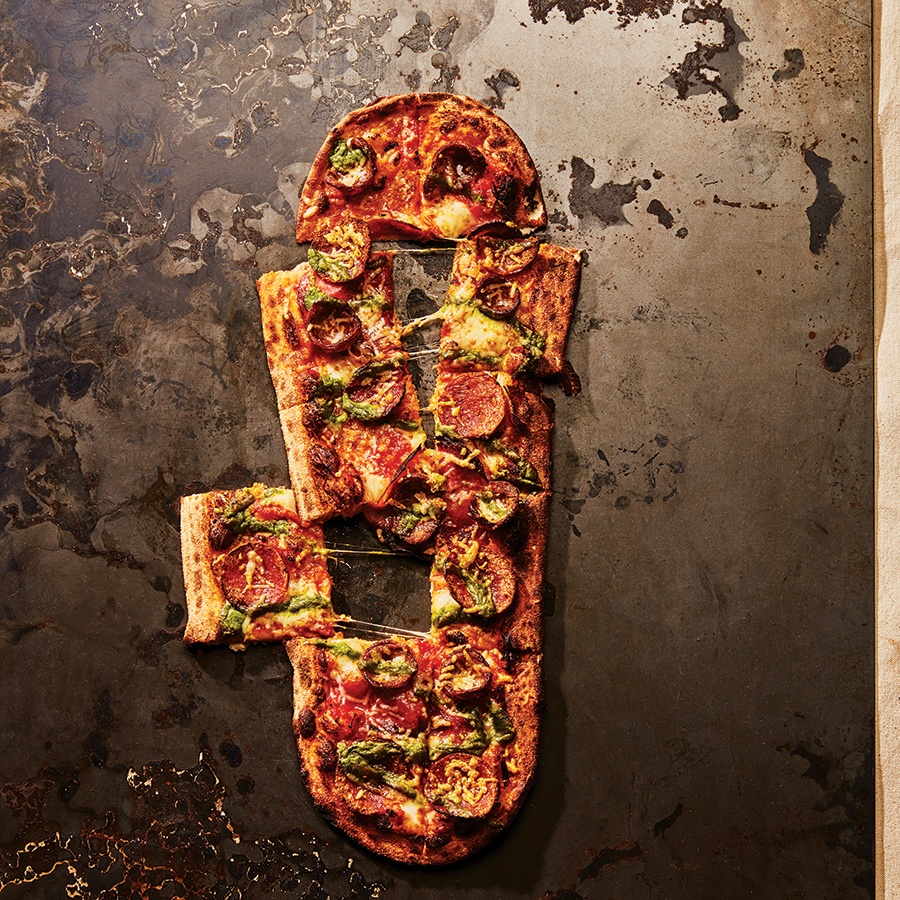 Pies, savory and sweet: when it opens in Cambridge this fall, this two-in-one restaurant/bakery will be home not only to the region’s first Milk Bar—superstar pastry chef Christina Tosi’s whimsical dessert concept—but also a novel build-your-own pizza concept. The DC-based &Pizza chain’s quick-service assembly-line setup is all about convenience: Design your pizza with a choice of regular or gluten-free dough and dozens of toppings (from spicy chickpeas to shrimp to hot honey), and the thin-crust creation will cook in under two minutes. Don’t want to overthink it? Try a signature like the meat lover’s “Maverick” pie (pictured). “You can’t really compare it categorically to Neapolitan- or Roman- or Chicago-style,” says cofounder Michael Lastoria. “It’s very much its own thing.” 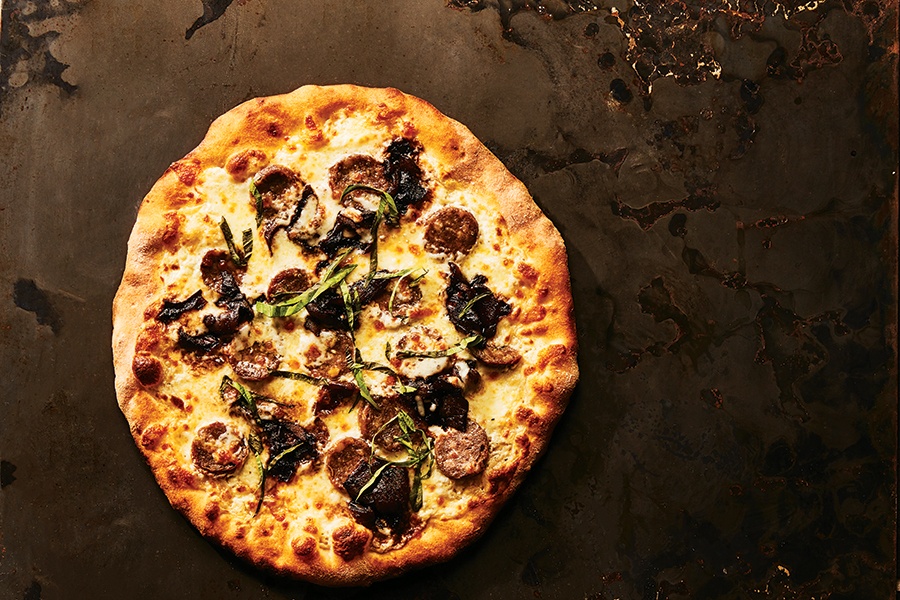 When it comes to pizza, Jo Megwa, owner of Piattini and the new Orá Trattorizza in the Back Bay, doesn’t mince words. “I believe that Boston is lacking when it comes to a true, authentic Italian pizza, and for me it’s not necessarily a Neapolitan pizza,” she says. So she looked to regions beyond Naples when developing pies for her newly opened pizzeria meets trattoria at the marathon finish line. Her priority? A crust sturdy enough to eat without a knife and fork—sans burnt spots. The resulting thin-crust pies, made in a custom oven from double-zero flour, range from a vegan version with soy mozzarella and seasonal vegetables to the decadent salsiccia (pictured) with house-made sweet sausage, balsamic reduction, and ricotta. 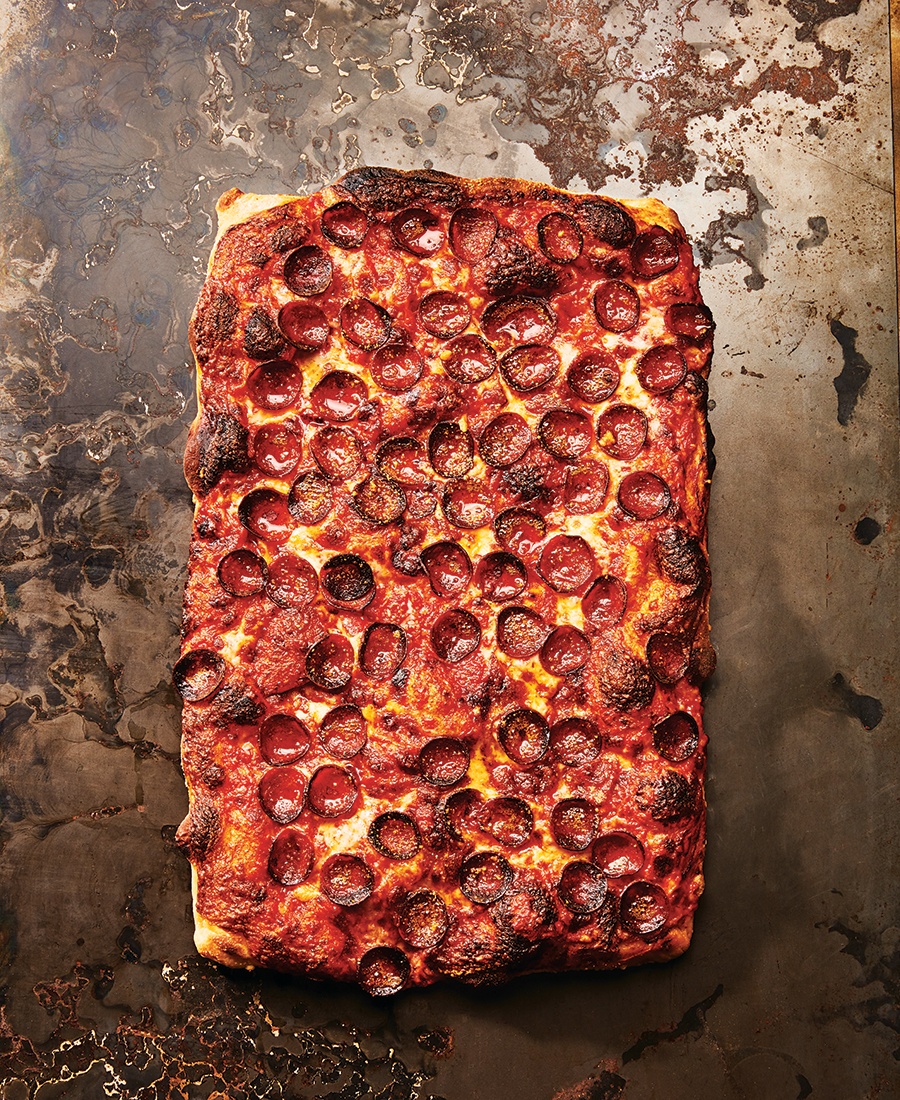 With this pizza project, Chef Dan Roberts is reclaiming his family’s heritage. Named Rabottini’s in honor of the surname of his ancestors from Abruzzo, the concept was born as a once-a-week pop-up at Bagelsaurus and is currently in a more permanent everyday home in Lower Allston, through December 22. A longtime pizza geek, Roberts tops his signature thick and chewy rectangular pies with straightforward toppings like pepperoni, sausage, and veggies from the Waltham farm his wife, Erin, helps manage. In his new space, he’s also churning out thinner round pies—think “big, New York–style Italian-American pizzas,” Roberts says. 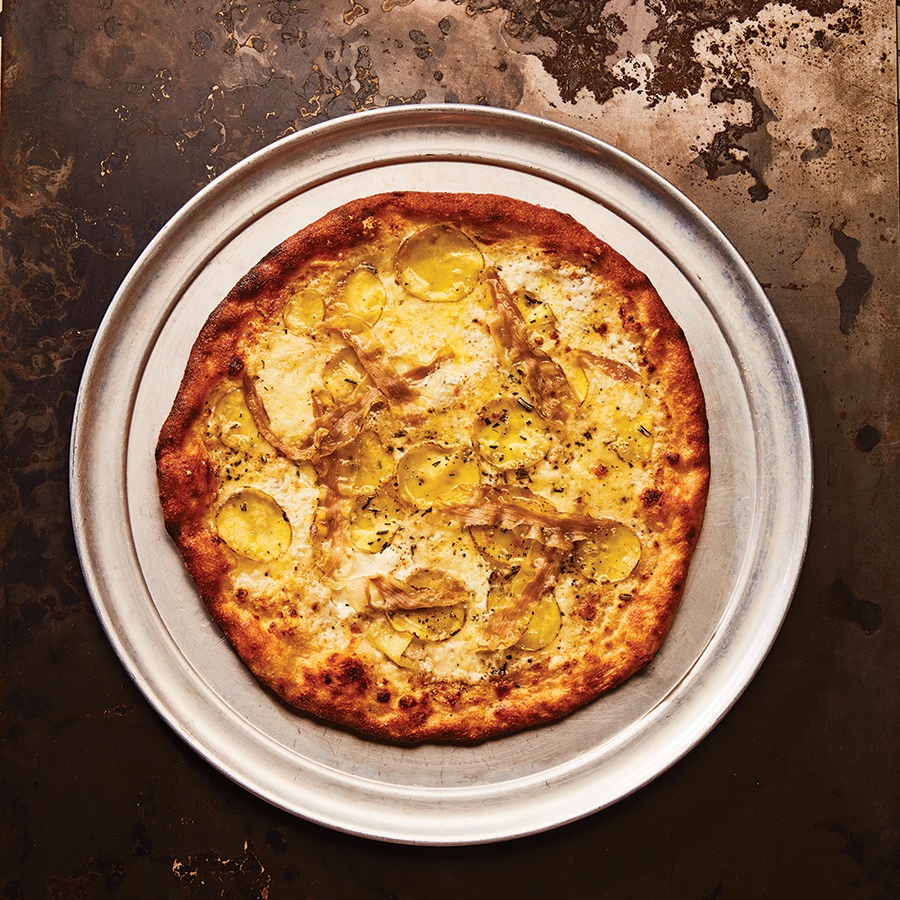 An ooey-gooey mash-up of two Italian staples, the wood-fired carbonara pizza (pictured) at Cal Mare—Michael Mina and Adam Sobel’s Amalfi Coast-inspired restaurant at the new MGM Springfield—was inspired by culinary egalitarianism. “When you bake an egg on pizza, one person gets it, and the rest are kind of out of luck,” Sobel says. So he took cues from the classic Roman pasta dish for this guanciale-topped white pizza, spooned tableside with a creamy sauce made from poached egg, pecorino, Parmesan, and black pepper. In a hurry to get back to the casino floor? Head to the quick-service counter to grab slices of Sobel’s homey square pies.