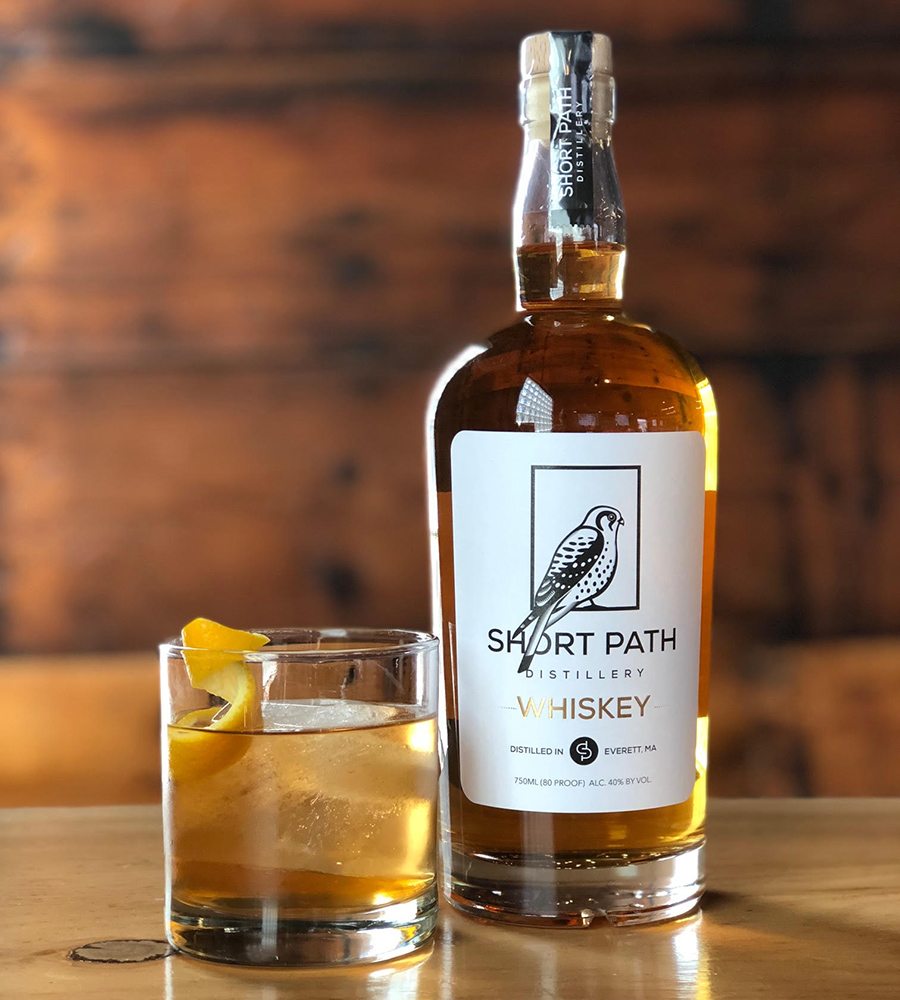 Get in the spirit this Halloween season with new potions from Boston distilleries. We told you about Bully Boy’s cirtusy-bitter amaro, which you can try (and buy) tonight at Urban Grape, and which is the star of the cocktail list Friday night at the Roxbury tasting room. The new amaro hits stores next week. Over in Southie, GrandTen Distilling has released the latest batch of its seasonal North County Apple Brandy. And finally: The wait is over for Short Path Distilling’s flagship whiskey. Made exclusively from New England ingredients and aged in Maine oak, it’s a complex sip with notes of honey, sweet fruit, and smooth vanilla. After a pre-sale launch in early spring, the first batch of SPD whiskey is available beginning Friday for the general public. Pick up a bottle at the Everett taproom and select retail accounts, or try it in a Manhattan, Old Fashioned, a fizzy Pom Smash, or another cocktail. Short Path celebrates Friday night, October 19, with special drinks, charcuterie by Gastros, live music, new merch, and more. Cheers!

People at the Trillium Garden on the Greenway in 2017. / Photo provided by Trillium

Well, Boston, it’s been a good beer garden season, but now it is winding down. Closing dates loom for many Boston-area beer gardens that haven’t closed yet—thanks for fun seasons, Wachusett at the City Hall Plaza Patios, Downeast Cider at Dewey Square, and Cisco Brewing in the Seaport. Next Sunday, October 28, is last call at Trillium Garden on the Greenway, the SoWa Open Market and Craft Collective Beer Barn, and the Central Flea and Lamplighter beer garden. There are a couple more Notch and the Trustees biergarten weekends on the calendar through early November. Aeronaut Allston is not slowing down, but hosting a blowout Oktoberfest this Saturday. And Lamplighter Brewing is popping up outside this Saturday on the beloved Atwood’s Tavern patio. Follow the Night Shift Owl’s Nests on the Charles River, and Castle Island on Constitution Wharf for their TBA closing dates. But this weekend, grab some extra layers and drink outside while you can. 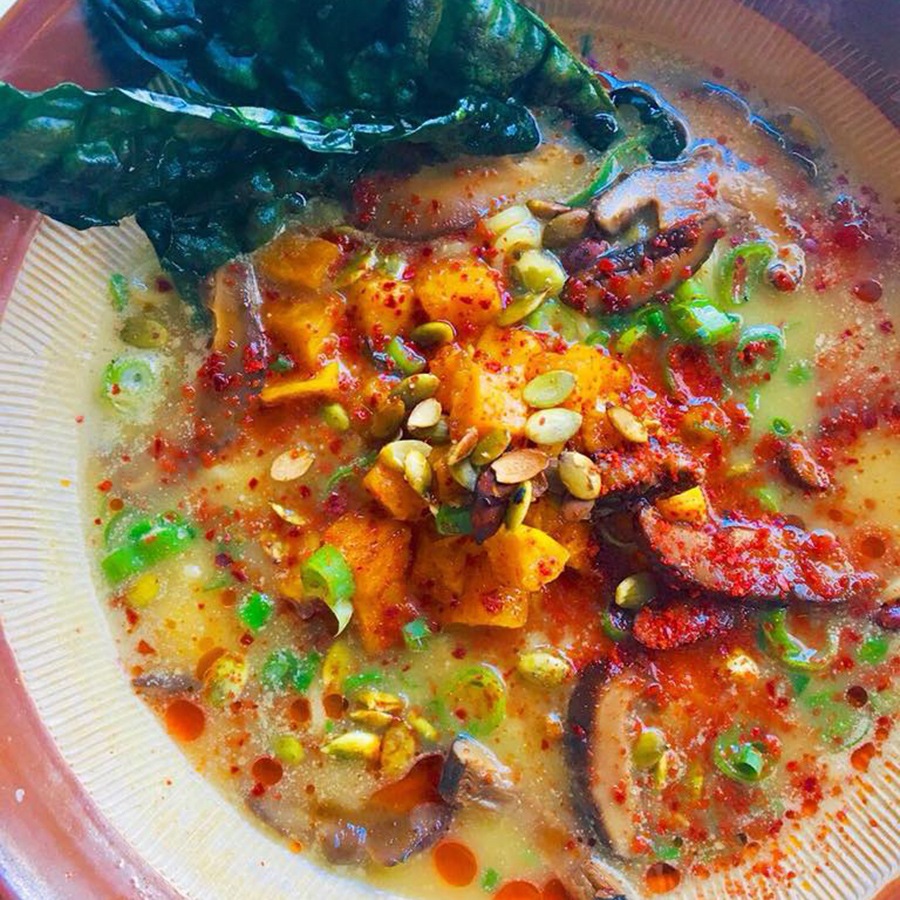 Pumpkin ramen is on the menu at Little Big Diner this fall. / Photo via Facebook

After a chilly afternoon enjoying a beer in the fall sunshine, you might need to warm up. And what better way to do that than with a savory, seasonal treat? The noodle lovers at Newton’s Little Big Diner have anything-but-basic pumpkin ramen back on the menu. The vegetarian-friendly coconut broth is stocked with local pumpkin and butternut squash, plus marinated shiitakes, pepitas, scallions, chili oil, and crispy kale rounding out the noodle soup. 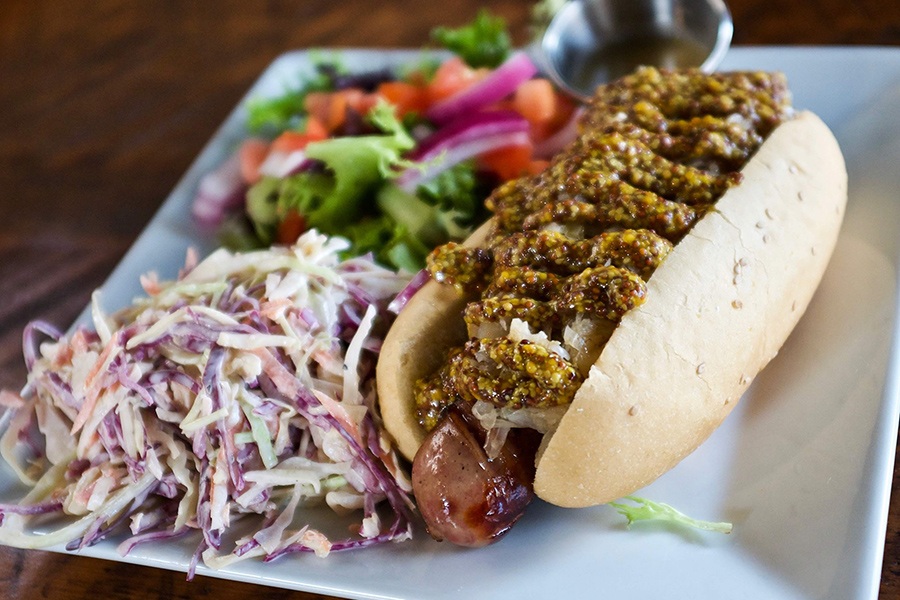 Mugs of Märzen and the Best Wurst

Oktoberfest season is also coming to a close, and that calls for a couple more liters of lager and a sausage or two. Head to Winter Hill Brewing Co. for the Wurst Fest Ever to officially close things out. A new brew called Old Man Märzen is on tap, and the grill is fired up for brats. There will be other seasonal specials, like kartoffelpuffer (potato and onion pancake with roasted apple), and frankfurter pigs-in-a-blanket with mustard and fries. Cue the polka, and prost! 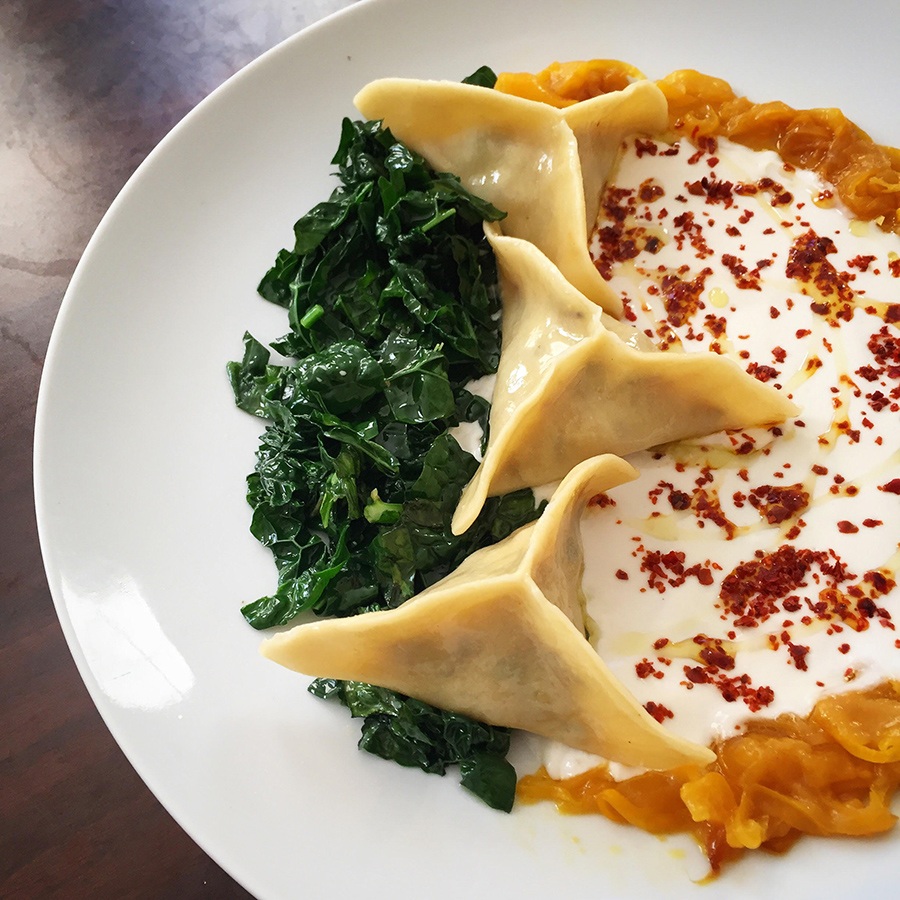 Perhaps you’re full of wurst from a jam-packed Oktoberfest season and are craving a plant-based feast. Littleburg has you covered on Saturday night, when chef Graham Boswell takes over the Allston Diner for a ticketed, four-course tasting menu. The vegetarian-friendly pop-up by the former Oleana cook elevates seasonal produce, this time with dishes like salt-roasted celeriac with beet tahini; shiitake mushroom manti (Turkish dumplings) with toasted hazelnut Béchamel and garlicky kale; and more.