What You Need to Know About Boston Dining in 2018

In a fast-moving food scene, here are the people, pop-ups, and trends you should be following.

Boston’s dining scene is changing rapidly. From the rise of quality (key word) fast-casual restaurants to the proliferation of pop-ups and dining room-roving food carts, we offer a few nods to favorite operations contributing to the kinetic energy of a city in motion. 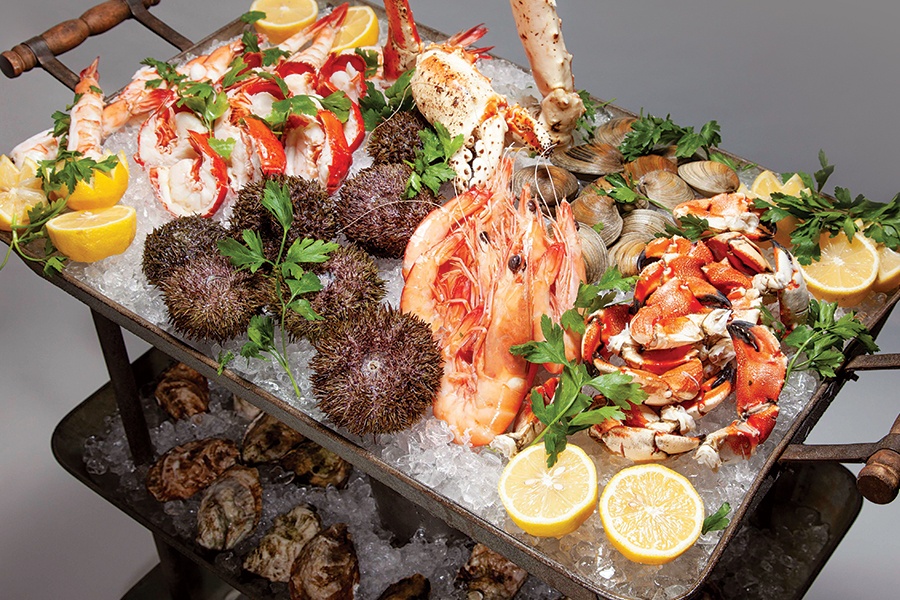 Not just for dim sum anymore, roving pushcarts make it easy to say, “I’ll have one of everything.”

Oysters, king crab legs, and wild prawns on ice (pictured) are wheeled around the dining room of Troquet on South, which also offers champagne and cheese carts.

Damian de Magistris delivers tastes and flights of grappa from a vintage cart at Il Casale Belmont, his family’s charmer inside a converted brick firehouse.

Retro-Americana newcomer Backyard Betty’s, in Southie, tosses chicken wings in an array of sauces at your seat for all-you-can-eat specials during Sunday games.

Tender, juicy prime rib from Somerville restaurant La Brasa’s signature wood-fired grill gets rolled out to your table and carved up right before your eyes. 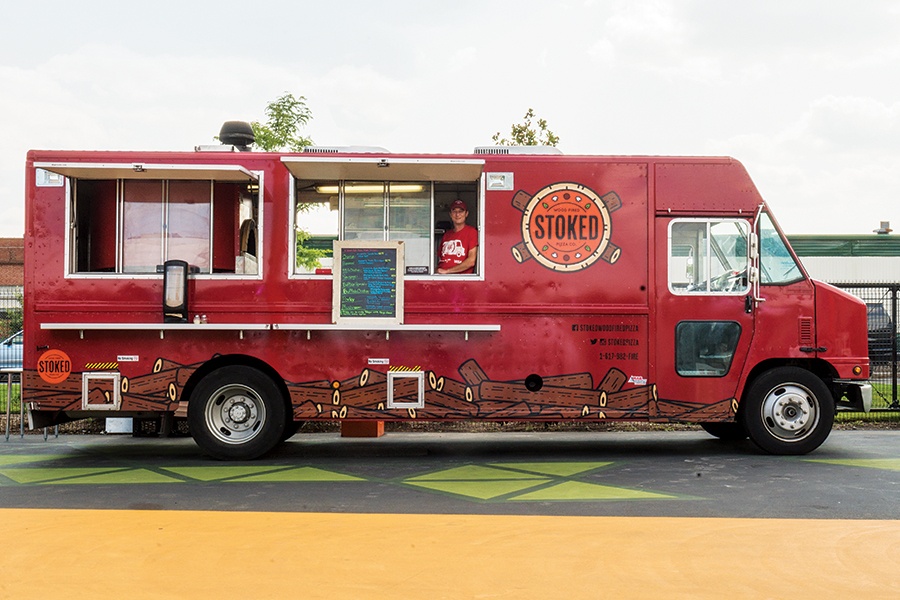 It takes a lot of work to keep our favorite curbside eateries running. Let’s speed through some eye-popping stats.

4,400: Pounds of juicy lobster sold by the seafood-focused Shuck Food Truck since 2016

1966: Model year of the original Tapped Beer Truck, a baby-blue Chevy step van repurposed to pour suds on the go

1,500: Pounds of garlic used in a year by the Chubby Chickpea, a food truck serving pita pockets and other Middle Eastern comfort foods

25,000: Number of dumplings hand-folded by Moyzilla, an Asian street-food truck, in a standard month

3,000: Number of scoops doled out each week by Frozen Hoagies, a food truck that treats customers to ice cream sandwiches featuring house-made cookies 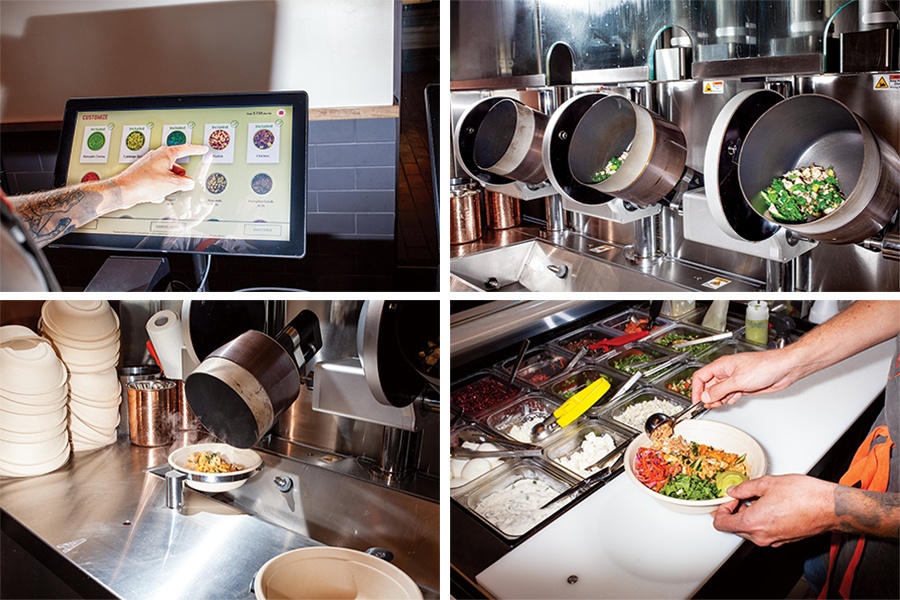 Spyce. More evidence that our AI overlords may soon take over the world: This robot-run kitchen serving grain and veggie bowls downtown (pictured), which just closed $21 million in funding for a massive East Coast expansion plan.

Mei Mei. This siblings-founded Chinese-American joint serves exceptional scallion-pancake sandwiches with a side of social justice thanks to youngest sister Irene Li, a leader in hospitality-world issues such as equitable employment practices.

The Hub’s chefs are on the move, bringing sizzling citified concepts to the ’burbs—and vice versa.

The Paddle Inn. The team behind Trina’s Starlite Lounge in Somerville sailed to Newburyport with globe-trotting coastal cuisine.

Tonno. Chef Anthony Caturano, the big fish behind the North End’s Prezza, made a splash with Italian seafood in Gloucester and Wakefield. 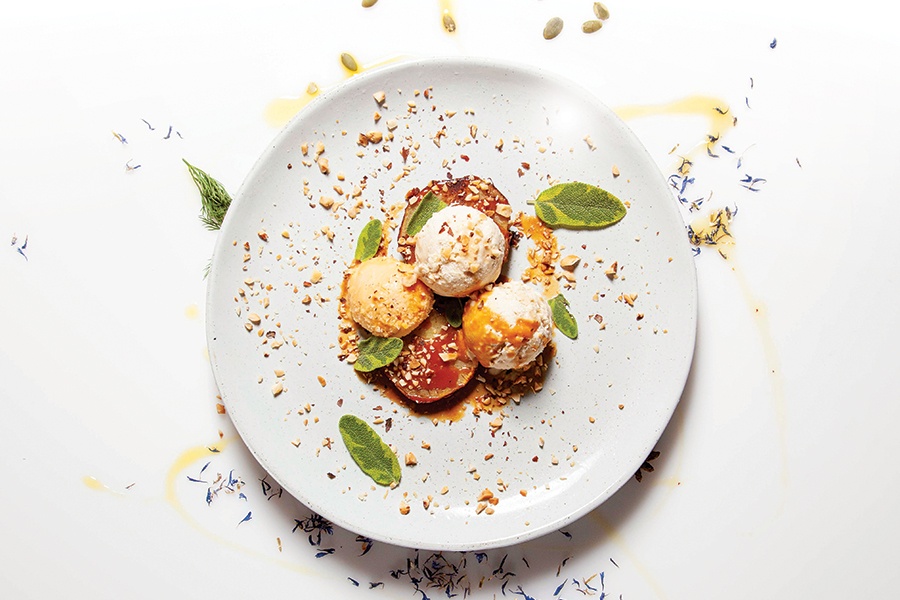 Follow our favorite pop-up restaurants of the moment to their next (temporary) home.

What you won’t find: pot brownies. What you will find: cannabidiol-infused cocktails and more-distinguished dishes, like fluke crudo with pomegranate, at fashionable, stoner-stereotype-shattering dinner parties.

Caviar-topped hot dogs wouldn’t be out of place at this outfit’s spirited, sporadic collaborations with guest chefs, brewers, and artists at Eastie locales announced 24 hours in advance.

What could be a better pairing with breweries and farmers’ markets than funky Polish (emphasis on ish) street food—particularly house-made, marjoram-spiced pork shoulder kielbasa and pierogi stuffed with beer cheese?