Competing on the acclaimed TV show is a bucket-list goal for the Deuxave and Boston Chops chef. 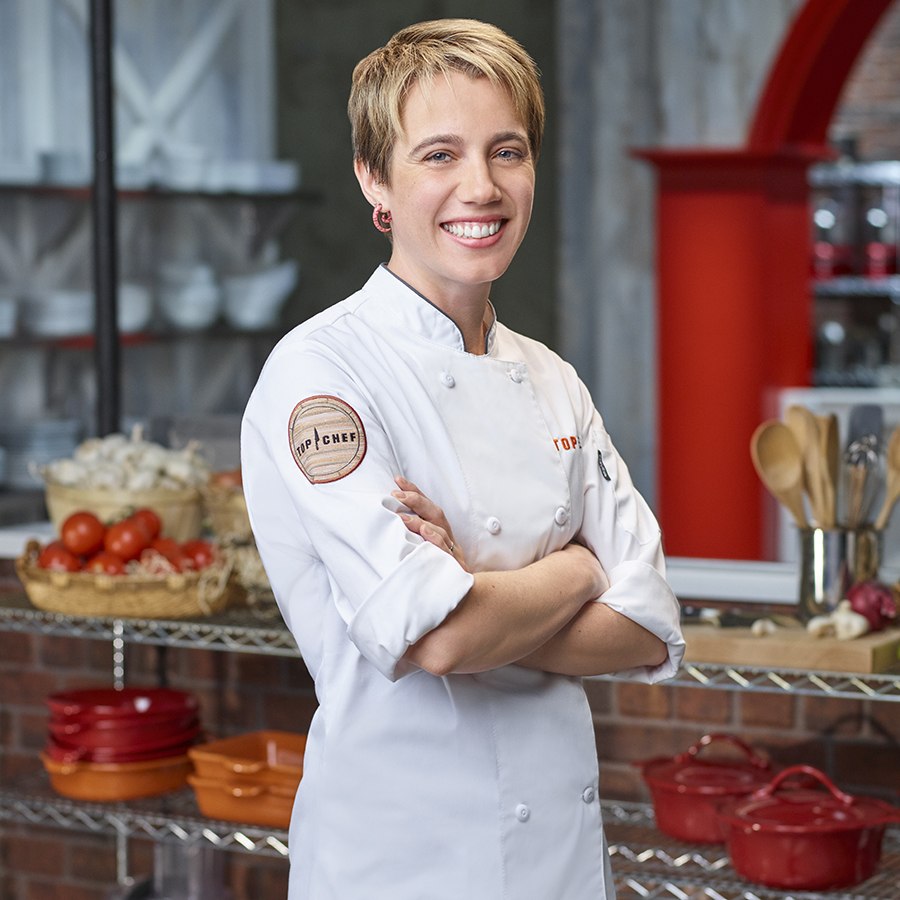 Adrienne Wright has been crushing her goals in the kitchen for more than a decade. Move to Boston and work for Michael Schlow? Check. Climb the ranks to lead a decorated Boston restaurant group? Check. Get cast in the venerable reality cooking show, Top Chef? Mission accomplished, yet again. Wright, currently executive chef at Boston Urban Hospitality Group, is one of two Boston chefs competing in Kentucky on Season 16. The popular show premieres Thursday on Bravo TV, and locals can watch it alongside Wright herself at her official watch party at Boston Chops DTX.

The chef, a native of northwestern Connecticut, currently manages the cooks and chefs at Deuxave, two locations of Boston Chops, and Dbar. After graduating from Johnson & Wales, staging in kitchens around the world, and a few summer seasons at Arrows restaurant in Ogunquit, Maine, Wright moved to Boston with the goal of working for Schlow, she says.

She was Schlow’s sous chef at Radius for nearly three years, before signing on as Chris Coombs’s sous at Deuxave in 2011. As that Best of Boston winner’s chef de cuisine, Wright was among Zagat’s 30 Under 30 in 2013; and she was promoted to executive chef with BUH in 2016.

Wright has been in touch with Top Chef producers for several years, she says, but the timing for her to try out for the show was never right—until now. At this point in her life, Wright is starting to think seriously about starting a family with her husband, so competing on the show become a top-tier bucket-list item, she says. 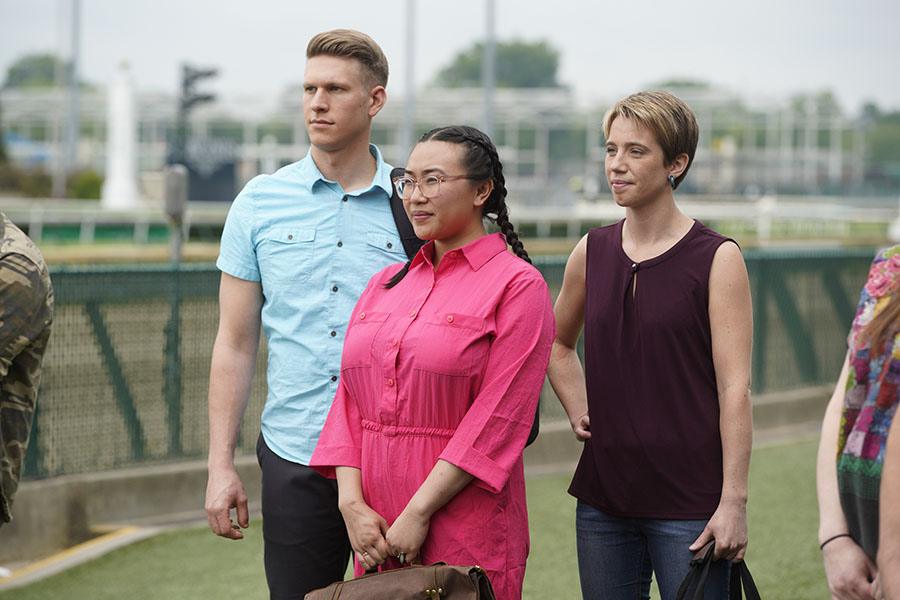 It will be Wright’s television debut. And no matter the outcome—we won’t know if the next Top Chef calls Boston home until the 2019 finale—it was a positive experience for her.

“You really can’t help but learn a lot when you’re living in a house with a bunch of chefs,” Wright says.

In fact, the current scallop dish at Deuxave features a technique that Wright gleaned from a fellow chef-testant. The pan-seared shellfish rests atop a textured bed of red cabbage, which Wright passed through the meat grinder.

“I had never heard of that. We actually never did it in the challenge we were talking about. But when I got home and it was time to build fall menu dishes, I was like, ‘I’m going to put this red cabbage through the meat grinder and see what the other chef was talking about.’ You pick up little techniques,” she says.

Meeting fellow Bostonian and Top Chef contender Brian Young was a highlight. Despite being in the same, local 30 Under 30 class—and already following each other on Instagram—the two only met in person in the Bluegrass State.

But there isn’t one Top Chef contestant who really stood out for Wright—and that’s a great thing.

“There wasn’t that celebrity chef in our season,” she says. “We all got to really talk about our own little restaurants, in our own cities, and the names we’ve made for ourselves. It was really fun to feel like we’re all on the same playing field.”

Dealing with the show’s famous—and culinarily respected—host and judges, though, was a constant effort.

“The biggest thing for me to get over [was] the shock that this is actually happening,” Wright says. “I’m actually standing in front of Tom Colicchio and Padma [Lakshmi] and they are tasting my food. I had to make sure I know, this is reality.”

Time constraints were also a challenge for Wright, as any reality show chef learns. But besides the ticking clock, it was eye-opening to have to accomplish everything herself.

“[I] come from high-stress environments and such perfection-driven restaurants with Boston Urban Hospitality, but I have a whole team working toward a common goal,” she says.

After filming the show earlier this year, Wright is grateful to be back into that routine, as it is. Most of her time lately is spent at the group’s newest restaurant, the Downtown Crossing outpost of Boston Chops, though BUH owners Coombs and Brian Piccini are in growth mode. Maybe someday, that could mean BUH support for Wright’s own, solo project. But this winter, it simply means business as usual—plus Top Chef watch parties. Wright will be catching every episode at Boston Chops DTX and talking with fans about the show in real time.

Top Chef premieres on Bravo (and at Boston Chops DTX) on Thursday, Dec. 6, at 9 p.m.