After 10 Years in Harvard Square, Crema Café Is Closing

Meanwhile, the owners are opening a Davis Square location of Revival Café. 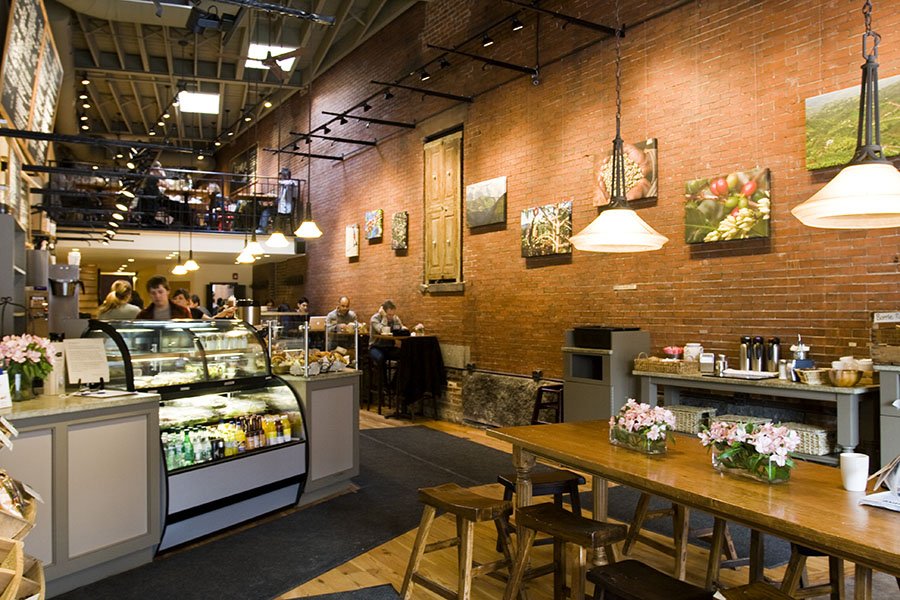 One of Harvard Square’s most beloved independent institutions is closing by the end of the year. Crema Café will close for good on December 17, after 10-plus years of offering quick breakfast and lunch, and cozy study space in Cambridge. Around the same time in late December, Crema co-owner Liza Shirazi and Commonwealth chef Steve “Nookie” Postal plan to open Revival Café in Davis Square, a second location of the brand the duo debuted this past summer near Alewife.

On social media this morning, Crema announced it will close by the end of the year “with a deep sense of appreciation, pride and sorrow.” The decision to close is the result of failed lease negotiations, Shirazi says, reached by phone at Crema. A North Carolinian real estate investment company bought the building where Crema is located for $108 million in 2017, the Boston Globe reported at the time. Crema was in the midst of a 10-year lease, which expired this past March. Since then, it’s been month-to-month with their landlord, Shirazi says.

While she and her business partners explored options to stay in the space, and potentially open a Revival Café there, ultimately “we’re told they’re working with another partner on a new lease here,” she says. “We’re now focusing on partnerships with landlords who are really committed to small, local businesses. As sad as we are to go, we’re definitely looking toward the future.”

Shirazi opened Crema Café with business partner Marley Brush in April 2008. The Brattle Square spot does booming business for takeout coffee, house-made pastries, sandwiches, and soups, and is one of the best places to study thanks to long, communal tables, and second-floor mezzanine seating.

Shirazi knows closing Crema is a loss for the Harvard Square community. “We have a lot of customers who have been coming every day for 10 years.”

At Revival, she and Postal aim to provide a homey environment for their new communities. “We are creating spaces that are integrating into the neighborhood, and who the clientele is,” Shirazi says.

The 30-seat, Davis Square location—a former Subway, and the original Bertucci’s restaurant—is on the Elm Street block two doors down from Posto, next door to buzzy new Thai restaurant DakZen, and across the street from the Mem Tea tasting room. There’s ample foot and bike traffic in that area, so Revival will have a walk-up ordering window on the sidewalk, and will add about 30 seats on an outdoor patio in warmer months. The design also retains Bertucci’s old bocce rules, painted on an interior wall, as a nod to its history.

The new café, like the Alewife location, will serve up some Crema menu favorites, like the Jimmy Pesto breakfast scramble; the roasted turkey sandwich with avocado and jicama slaw; and many of the pastries. Chef “Nookie” changes the Revival menu seasonally and often experiments with specials, but “elements will stay true to Crema brand.” Saying goodbye to Harvard Square is “the hardest part,” Shirazi says. “But hopefully we can provide [our customers] with the same type of environment in our new locations.”

Crema will close on Thursday, Dec. 17. Stay tuned on social media for an opening date for the newest Revival Café.

This post was updated December 11 when Crema Café announced a closing date, and with additional details about the future of 27 Brattle St.