Top Chef semi-finalist Joe Sasto is cooking with weed for the pop-up's first chef-collaboration this weekend. 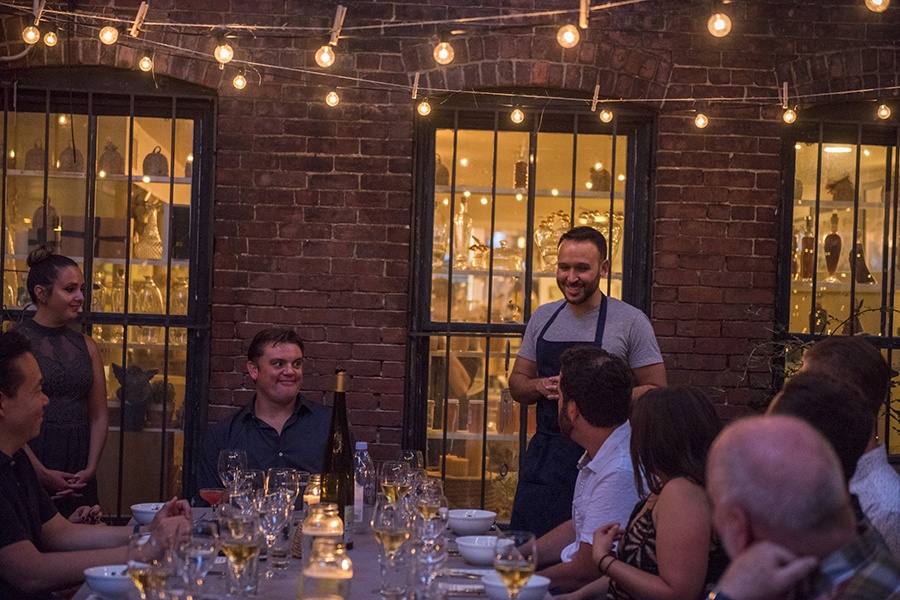 Attention, any Top Chef fans who were disappointed that last year’s Colorado season didn’t feature an edibles challenge. Season 15 top-three finalist Joe Sasto is making up for it in Boston this Friday, Dec. 7, with a decadent, cannabis-infused, multi-course dinner. Sasto—aka Mustache Joe from the Colorado season—is collaborating with Boston cannabis-culinary pop-up Eat Sacrilicious on the one-night-only meal, and it promises to be an indulgent introduction to weed-infused dining, a burgeoning and now-legal scene in Boston.

Eat Sacrilicious, which launched a monthly dinner series at venues around the city this past summer, is positioning itself as Boston’s high-end “cannadinner” company, says cofounder Sam Kanter. While their menus offer customizable levels of both THC (the psychoactive cannabinoid that makes users feel “stoned”) and CBD (a non-intoxicating cannabinoid), with suggested doses per course, “We focus on a full dining experience, not getting someone really high,” Kanter says. “Someone who has never smoked before can come trust us and have a good experience. The quality of our food and service speaks for ourselves. We really stand behind what we’re doing.”

Kanter, a medical cannabis user herself, comes to Sacrilicious from the hospitality-events side of things. Her partners, chef David Yusefzadeh and Sean Curley, manage the culinary and cannabis, respectively.

Since Sacrilicious can’t legally sell weed, the pop-up navigates the frontier of the new, legal cannabis landscape by operating private dinners for “members” only (buying a ticket ensures membership), Kanter says, in partnership with a variety of different locations. Friday’s dinner is after-hours at the new American Rhino store at Faneuil Hall (the former Kingfish Hall space). Tickets to a Sacrilicious event include a dining experience, optional alcoholic beverage pairing, taxes, and gratuity; the cannabis element is then gifted to each guest, Kanter explains. 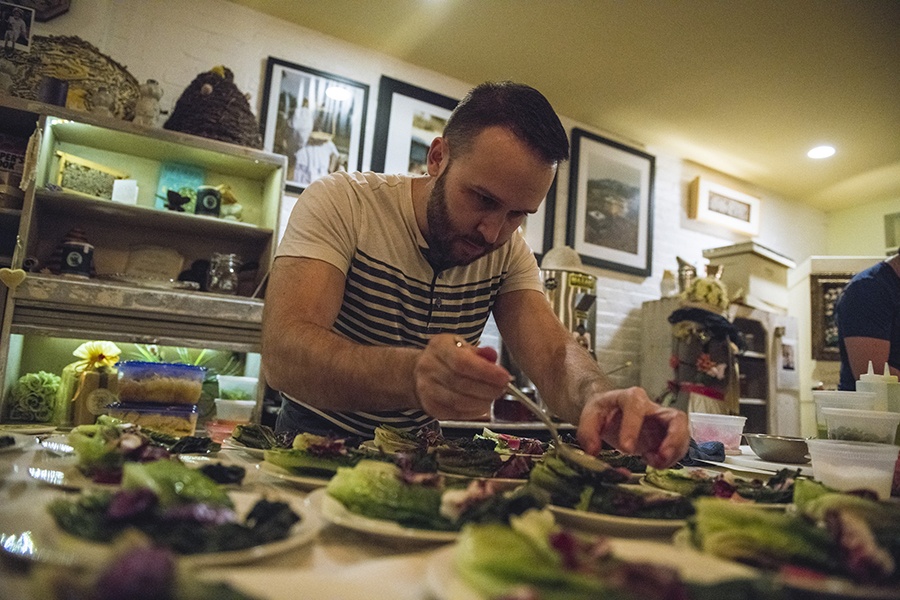 Customers guide their own cannabis consumption, from low, to normal, to high dose; about 5-20 milligrams total. “We treat it the same way as a dietary restriction, which is something I specialize in on the dining events side,” Kanter says. That means assigning seat numbers for each diner, and noting their dose preference (either THC or CBD) for the chef to execute on every course. People can adjust their desired dose as the dinner progresses.

Sacrilicious uses decarbed flowers, or buds that have been heated up to optimize their potency in edible form. Unlike a tasteless cannabis distillate, for example, decarbed flowers retain the smells and flavors of each cannabis strain. That guides Yusefzadeh’s food pairing, Kanter says, and it also lets Sacrilicious curate the best overall “medicated” experience for diners. Some THC strains have uplifting effects, while others are more relaxing.

“We like to start our dinners uplifting, and then bring them back down,” Kanter says. “Some people are much more aware of that, while some don’t notice. It’s all very subtle, but we’re specific about the ideal ride.”

Los Angeles-based chef Sasto is involved with cannadinners in California and elsewhere. Yusefzadeh met him through such an event, and invited him to come cook in Boston. “There’s competition in every industry, but because [the cannabis industry is] so new,” Kanter says, “people are very helpful and collaborative in this space right now.”

Sasto is Sacrilicious’ first guest chef. The night will begin with a CBD cocktail and passed canapés, followed by a seated, eight-course dinner. Check out the full menu online. The $225 ticket is on the high-cost end of Eat Sacrilicious dinners so far, which have in the past started at $100 per person.

“Our vision is being a high-end cannabis infused dining experience, and we’re open to seeing what people want,” Kanter says. 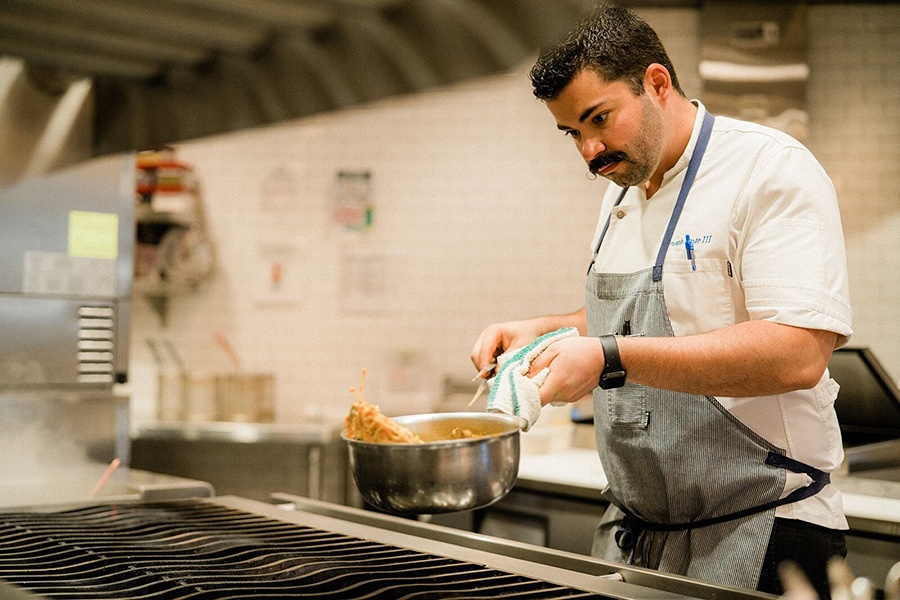