Tealuxe Is Also Closing After Years in Harvard Square

The cozy, Cambridge tea house has been a Brattle Street staple since 1996. 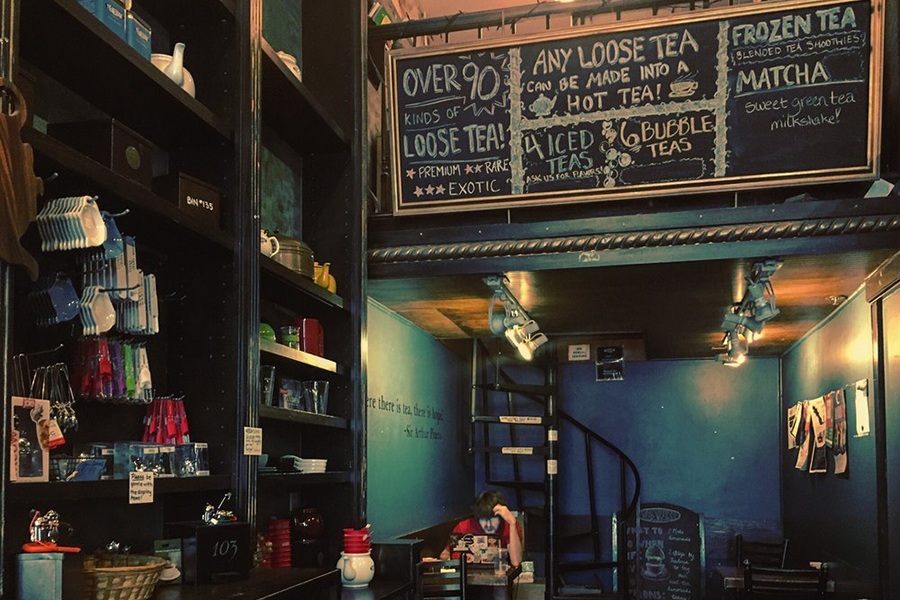 Tealuxe photo by My T. via Yelp

Pour one out for another Harvard Square mainstay. The original Tealuxe will close this month for good, after 19 years in Cambridge, the Harvard Crimson first reported. An employee at the Brattle Street café confirms the news, but says the company will continue to sell its teas and accessories online and at its store in Providence.

Tealuxe opened in Cambridge in 1996, offering more than 100 unique tea blends sourced from around the world. The area’s first tea house was an immediate hit with the Harvard crowd and beyond, earning Tealuxe a couple of Best of Boston awards and fueling a Newbury Street expansion in 1999. The Back Bay outpost has also since closed, but a Providence location of Tealuxe, as well as the company’s catalog sales, are still in business.

The dark, cozy café in Cambridge has hosted many a meet-up over a pot of Indian Darjeeling and jazz on the speakers. Tealuxe is also a reliable spot for students to get back to work with cups of boba tea to go.

Tealuxe has been a fixture of Harvard Square longer than even Crema Café, which just announced plans to close before Christmas, as well. Australian coffee chain Bluestone Lane Coffee is headed for the space soon to be vacated by Crema, the Boston Globe reports. Longtime Middle Eastern coffee house Algiers shuttered in 2017, with that space reopening soon as chef Michael Scelfo’s Longefellow Bar.

It’s not all beloved businesses closing in Harvard Square. The neighborhood has locations of both Flour Bakery and Tatte. Plus, a new university student center just opened with branches of several local food vendors open to the public, including Saloniki, Blackbird Doughnuts, and Pavement Coffee. The Square is also getting ready to welcome the Boston area’s first location of cookie queen Christina Tosi’s Milk Bar.

Tealuxe, however, is saying goodbye to the neighborhood. The Harvard Square café is open daily from 8 a.m.-10 p.m. (8:30 a.m. on weekends) before closing for good on December 23.