These local libations are perfect for mixing in cocktails, or sipped straight from the can as a naturally gluten-free beer alternative. 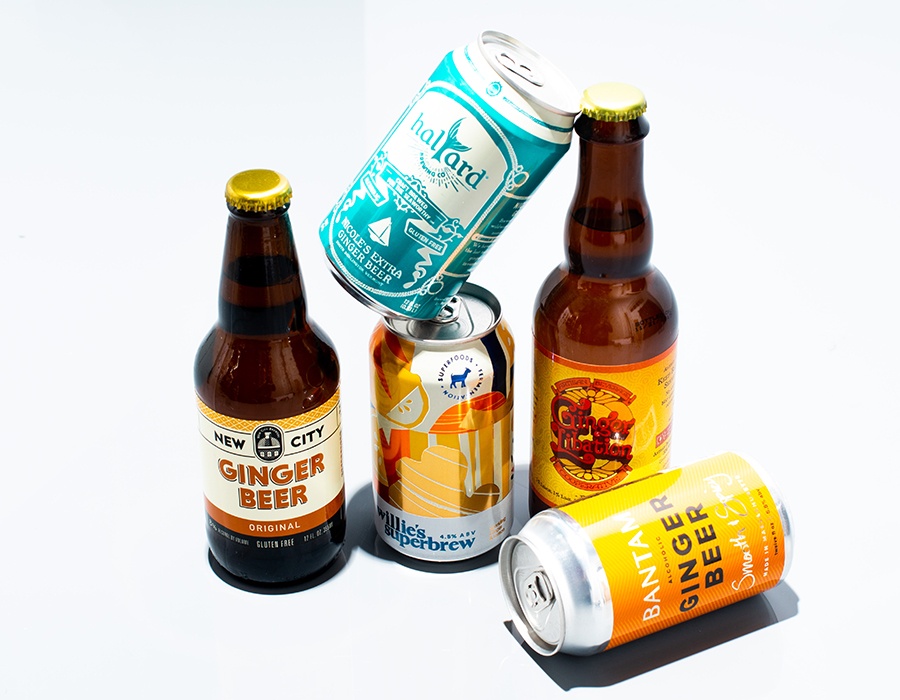 There are plenty of reasons to reach for a bottle of ginger beer around the holidays. The gingery bite is necessary for easy-to-make cocktails like a Dark ’n Stormy, Moscow Mule, and other mixed drinks—and the gentle burn helps keep the drinker warm on a cold winter’s night. Ginger root’s natural phenolic compounds aid in digestion, so it’s also a perfect match for a big dinner.

A richer, bolder beverage than ginger ale, non-alcoholic ginger beer, like Reed’s and Gosling’s, are common mixers. But these days, more craft producers are getting back to the drink’s roots as a boozy beverage. A fermented brew of ginger and sugar, ginger beer originated in mid-18th Century Britain, thanks to the spice and sugar trades with the Eastern world and the Caribbean. New England brewers are now reviving the style as a refreshing, naturally gluten-free alternative to beer. Clocking in between 5 and 10 percent alcohol-by-volume and packaged in single-serve cans or bottles, today’s ginger beers make great mixers, or drinks on their own.

We purchased five locally made ginger beers at Craft Beer Cellar in Roslindale, and at the Whole Foods in the South End. A group of editorial staffers, including food editors Scott Kearnan and Jacqueline Cain, share their tasting notes on these New England ginger beers, then ranked them based on our perception of their spiciness. 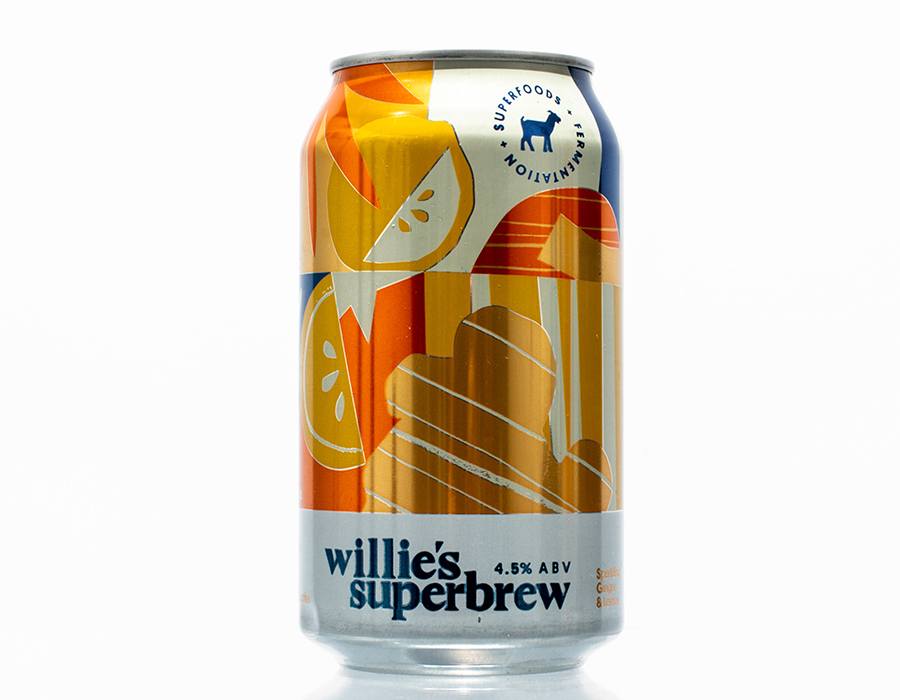 Willie’s began exclusively as a ginger beer maker, but the Boston-based, Rhode Island-brewed company switched gears to produce a broader range of alcoholic seltzers this past summer. The flagship flavor remains ginger and lemon, made with simply fresh ginger root, lemon juice, turmeric, and cane sugar. The slightly hazy, hay-colored “superbrew” is refreshing and only 4.5 percent ABV, but it’s a little too subtle for one of our palates. “This just tastes like seltzer to me. I don’t get any flavor,” reports wellness editor Tessa Yannone. Kearnan got more ginger kick on the nose than in the taste. That said, I could crush this all day.

Willie’s is sold around Massachusetts and Rhode Island in six-packs of 12-ounce cans for a suggested price of $10.99. 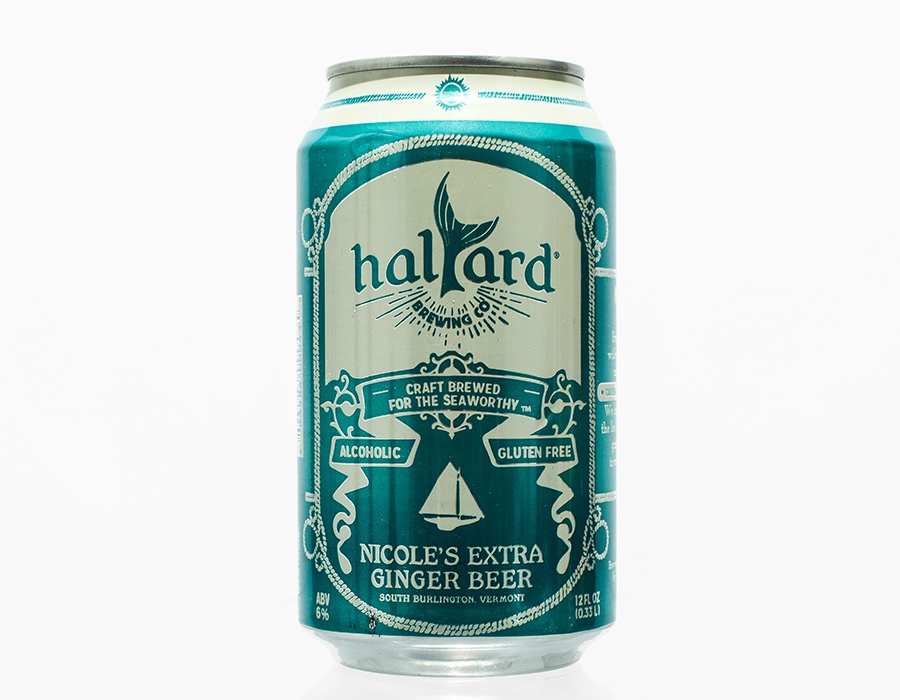 A new arrival (via Craft Collective) to Massachusetts and Rhode Island retail coolers, Halyard is a nautically themed brewing company from, paradoxically, South Burlington, Vt. Kenny Richards founded Halyard in 2016, after learning about ginger beer’s colonial New England history and starting to experiment with his own home brews. This 6 percent flagship, made in the Caribbean style with fairly traded ingredients including a “secret blend” of spices, has a pleasant, bitter citrus-rind flavor, Kearnan notes. The spicy kick isn’t on the forefront, but it’s more of a subtle burn that stays with you and keeps you warm.

Halyard is sold around Massachusetts, Rhode Island, Maine, Vermont, and Northeast Florida in four-packs of 12-ounce cans for a suggested price of $9.99. It also has a taproom with exclusive brews in So. Burlington, Vt. 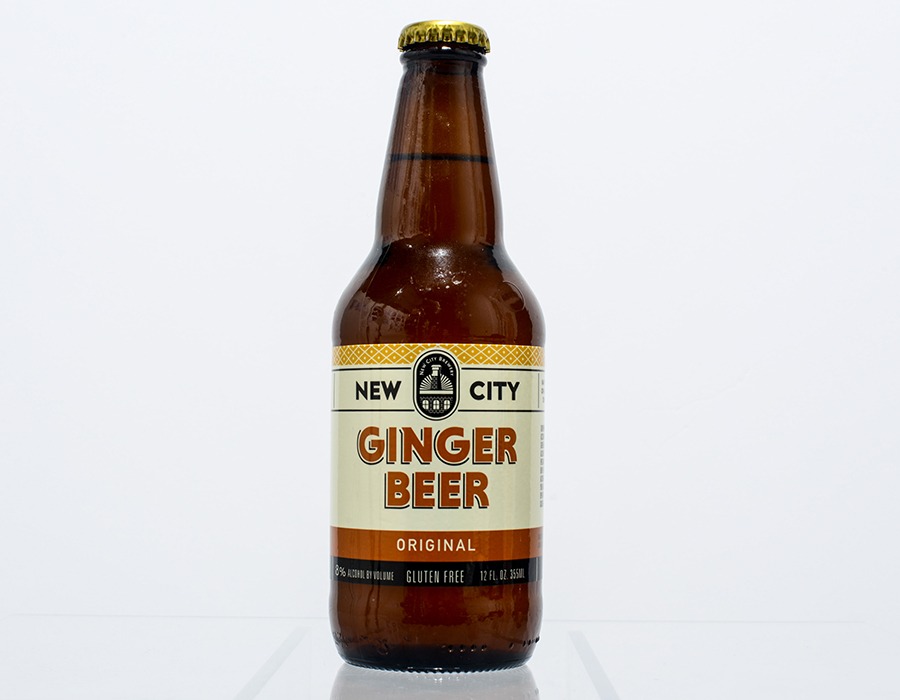 A candy-like sweetness on the nose hints at this brew’s syrupy body. The Easthampton brewery’s flagship ginger beer recipe is bolstered with molasses and pineapple juice, which likely contribute to its relatively high 8 percent ABV, as well. While this beverage has a satisfying spice level, it also has a sharp, unpleasantly medicinal taste.

New City Brewery also makes an ale and an IPA for bottle distribution around southern New England and New York, and it serves pints and more at its Easthampton taproom. We picked up a four-pack of 12-ounce bottles of New City Ginger Beer for $13.99 in Boston. 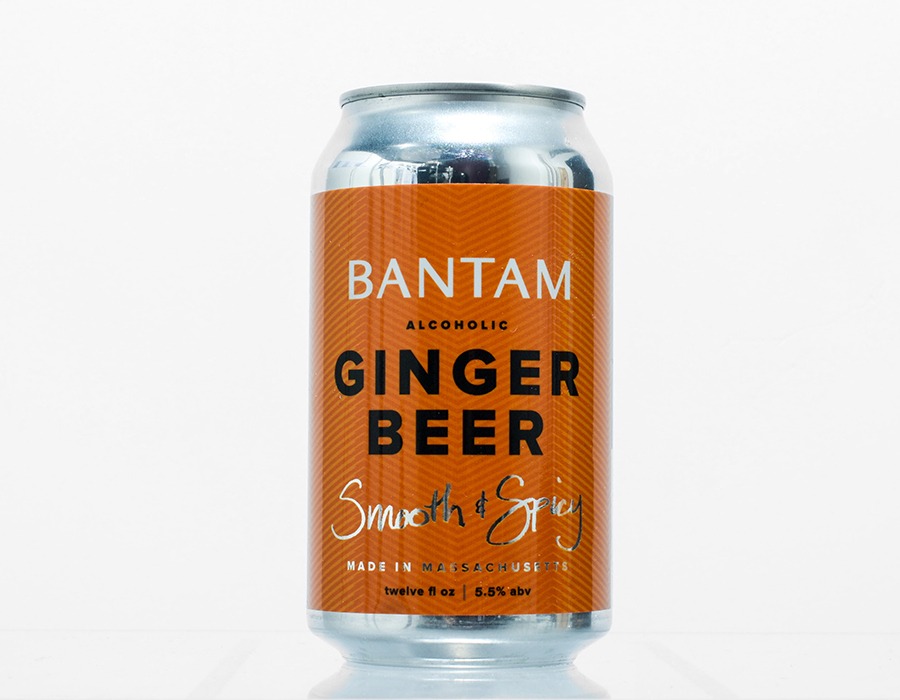 Best known for hard cider, Bantam first introduced its (apple-free) ginger beer on draft at its Somerville taproom, then launched cans of the smooth and spicy sipper in 2016. (Full disclosure, I worked for Bantam in 2014 and 2015, before leaving to write for Boston.) Our tasting panel first noticed this brew’s effervescent, honey-gold hue, the darkest drink in our lineup. It was the overall crowd-pleaser, too, thanks to a potent, ginger intensity of flavor (not just spice, per se), and a bolder body than the others we tried.

Bantam Ginger Beer is sold in Massachusetts, Rhode Island, and Maine for an MSRP of $8.99 per four-pack of 12-ounce cans, and the Somerville taproom is open every weekend. 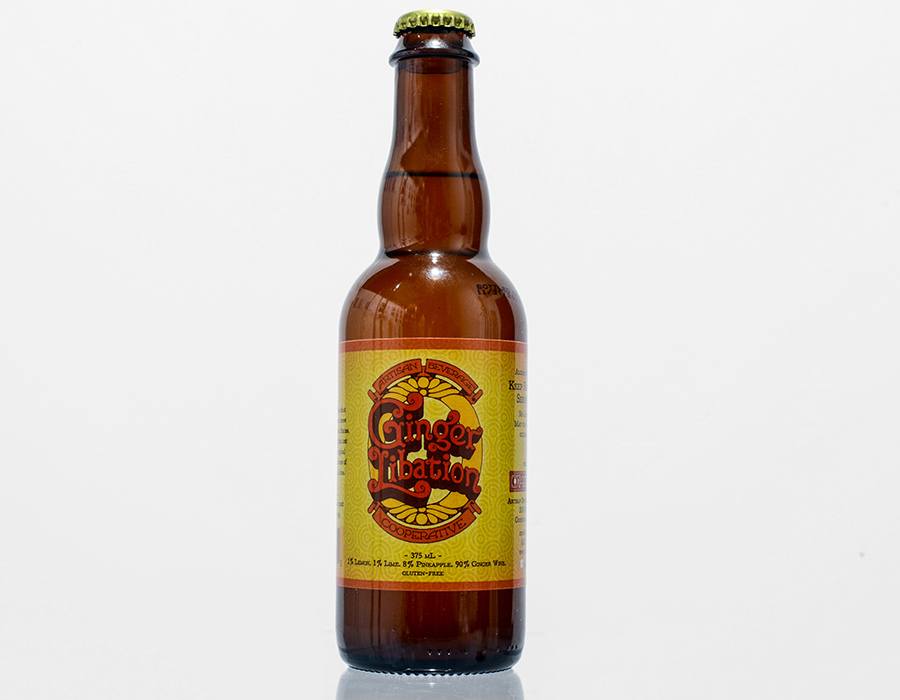 The O.G. New England revival, Ginger Libation has been produced by a worker-owned brewery in Western Mass. since 2010. It actually calls itself a “ginger wine,” and clocks in at 9 percent alcohol—the highest level we tried. The gingery zing is balanced with tropical sweetness thanks to the base blend of pineapple, lemon, and lime juices. It has the strongest bite, and we also like the distinct booziness this one brings to the table.

The Artisan Beverage Cooperative—which also makes different varieties of Ginger Libation (including a “spicy” version), Green River Ambrosia meads, and Katalyst kombucha—is for sale around New England and a bit beyond, and also ships to 35 states. Classic Ginger Libation is sold in 375 mL bottles for MSRP of $6.50, and 750 mL bottles for a suggested $12.99.