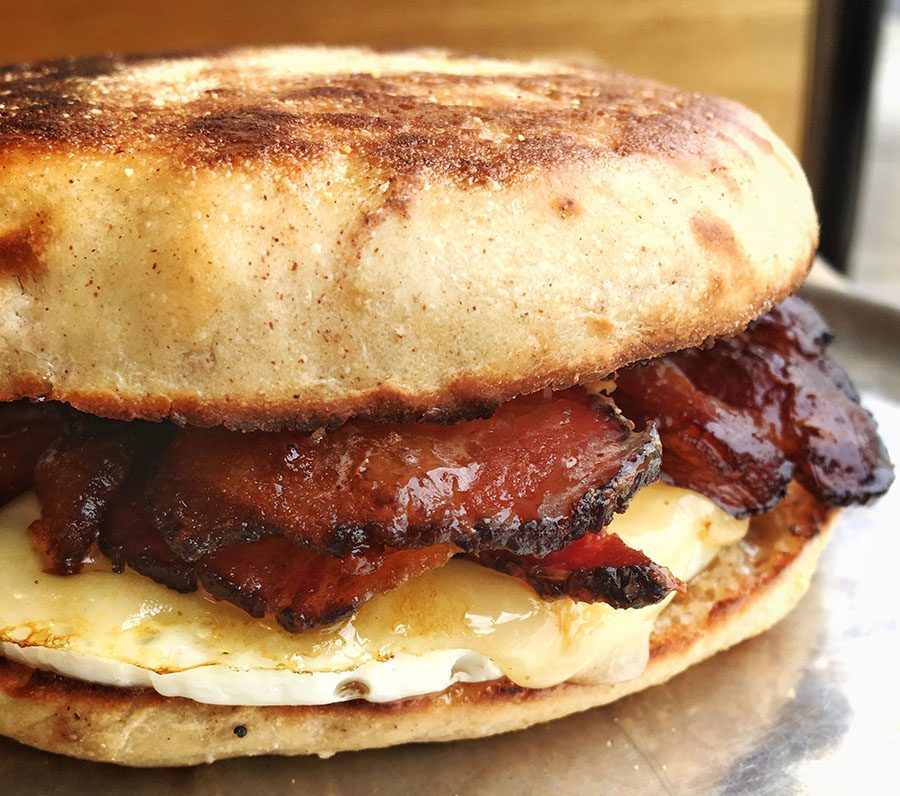 Miss Maple, an egg-and-cheddar English muffin sandwich with maple butter, will be on the menu at Vinal Bakery. / Photo provided

UPDATE, Friday, April 19, 9 a.m.: Good morning, Vinal Bakery! The Somerville café opened up this morning, owner Sarah Murphy and team announced on their Kickstarter page (where they raised more than $22,000). The opening menu includes eight signature sandwiches, served on a choice of house-made English muffins; plus mix-and-match toppings like honey butter, hummus, jam, and of course, for the New England-inspired café in Union Square, vanilla marshmallow creme. In addition to English muffin packs to go and a pastry case full of scones, cookies, hermits, American muffins, and more, Vinal also serves espresso drinks, cold brew, a house ginger switchel, and other soft drinks. Vinal is now open every day but Tuesday, from 6:30 a.m.-3 p.m. on weekdays and from 7:30 a.m.-4 p.m. on Saturdays and Sundays.

A New England-inspired café pop-up is setting up a permanent shop in Somerville. Vinal Bakery, which launched last year out of Bagelsaurus, is opening at 222 Somerville Ave. in spring 2019.

Vinal Bakery is the ownership debut for Sarah Murphy. Currently a baker at Bagelsaurus, Murphy worked for several years at Flour Bakery, including as production manager; and also did stints at 3 Little Figs and Sarma. She has lived in the Union Square neighborhood for the past 12 years. The future bakeshop’s location—a longtime pizzeria on the future Green Line Extension-edge of the neighborhood—is hugely appealing.

The menu at Vinal Bakery is still in development, but it will center on Murphy’s signature English muffins. There will be a handful of egg sandwich options, including the popular Miss Maple (with maple butter, best served on Vinal’s French toast-flavored English muffin). You can also expect some lunch-y options: possibilities include a tuna melt, a vegan sandwich with spicy pesto, hummus, pickled vegetables and house-made turkey sausage.

“I feel very connected to the four seasons and the change, so I’ll use seasonal ingredients. But also maple, molasses, [and] I’ll do a marshmallow creme as a nod to Somerville and Fluff,” Murphy says. Fluff was invented in Somerville.

The shop is also an opportunity to make more afternoon-friendly snacks, like whoopie pies, that haven’t been practical for Vinal’s mainly morning pop-ups. There will also be a small retail section for picking up packs of English muffins and packaged granola. Murphy is having conversations with coffee vendors to offer a full espresso program at Vinal, and other drinks could include a house-made ginger switchel and iced teas.

Murphy officially took over the former Pizza Palace earlier this week. No major renovations are planned, but Vinal is working with Black Birch Creative to give the space a facelift. Murphy’s vision is for a clean, comfortable, modern spot, with some retro nods to New England history. There will be some seating inside, and the pastry chef is exploring the possibility of some outdoor seats, too.

Murphy is eyeing an early spring debut. In the meantime, she remains a full-time employee at Bagelsaurus, and will continue popping up there every Tuesday and Wednesday morning with Vinal Bakery English muffins. 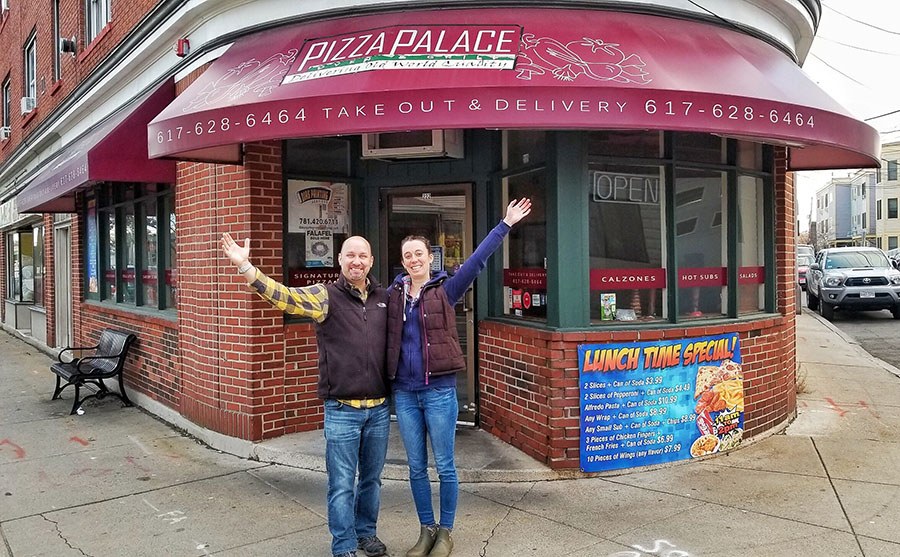