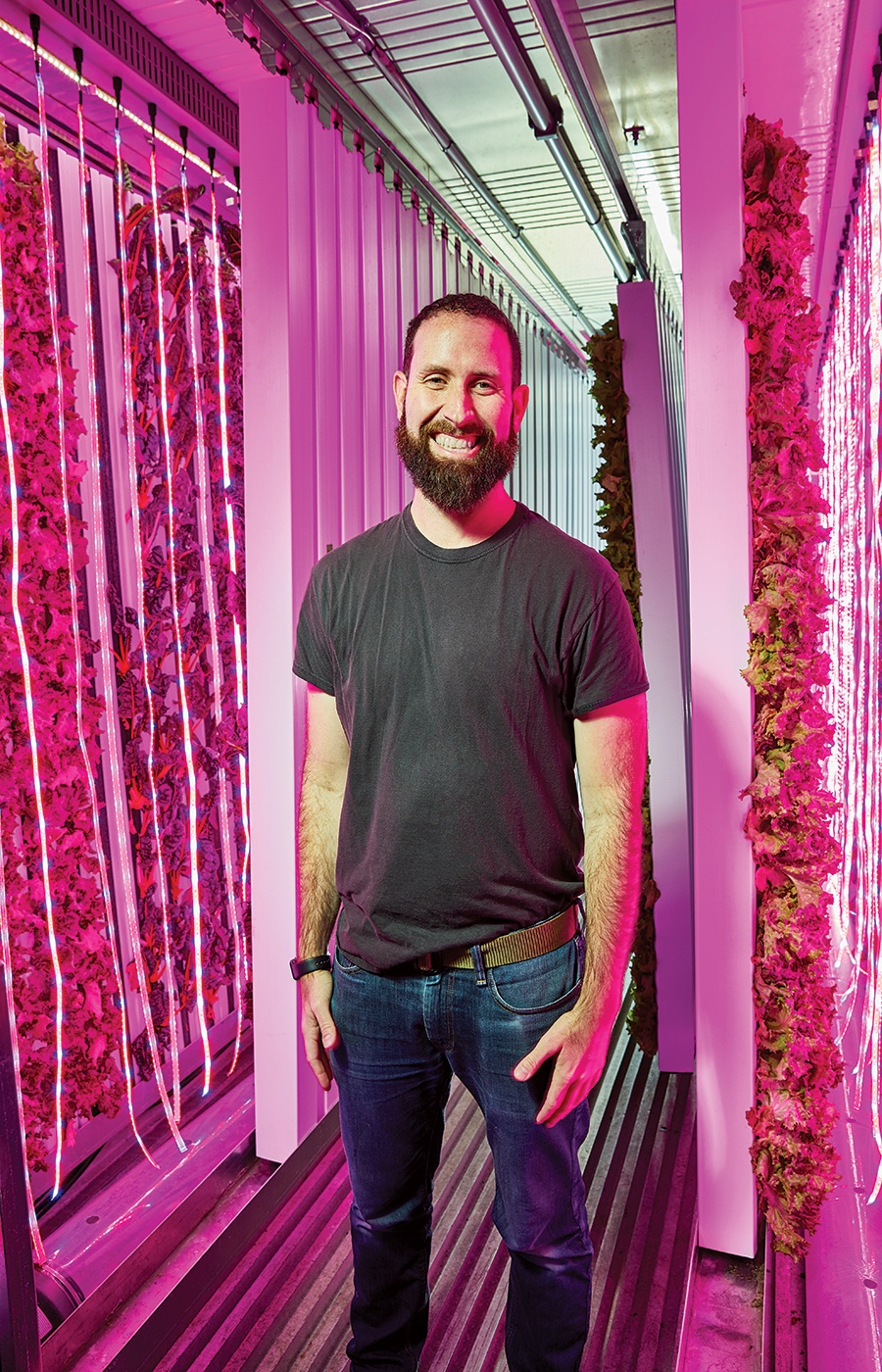 A lush garden grows in downtown Boston. Inside a climate-controlled shipping container plopped by the patio of Cultivar restaurant, steps from the concrete tundra of City Hall Plaza, vertical rows of fresh green lettuce and herbs sprout under the glow of blue and magenta LED lights. Through blistering heat waves and frigid nor’easters, Iron Chef alum Mary Dumont harvests about 150 heads of lettuce weekly, year round, serving it to diners seated mere inches away. “The technology is really amazing,” Dumont says of her Leafy Green Machine, the signature creation of South End–based agtech company Freight Farms. “It’s a Zen place to be in the middle of the city. You go inside, and you’re in another world.”

Brad McNamara, Freight Farms cofounder and CEO, is the man molding that brave new world. It’s one that is giving restaurants, universities, and even corporate campuses the chance to grow their own healthy food. In the process, it’s building a modern network of small-scale farmers while making a positive environmental impact. “The future farmer is going to look very different from the farmer of 20 years ago,” says McNamara, a Needham native. 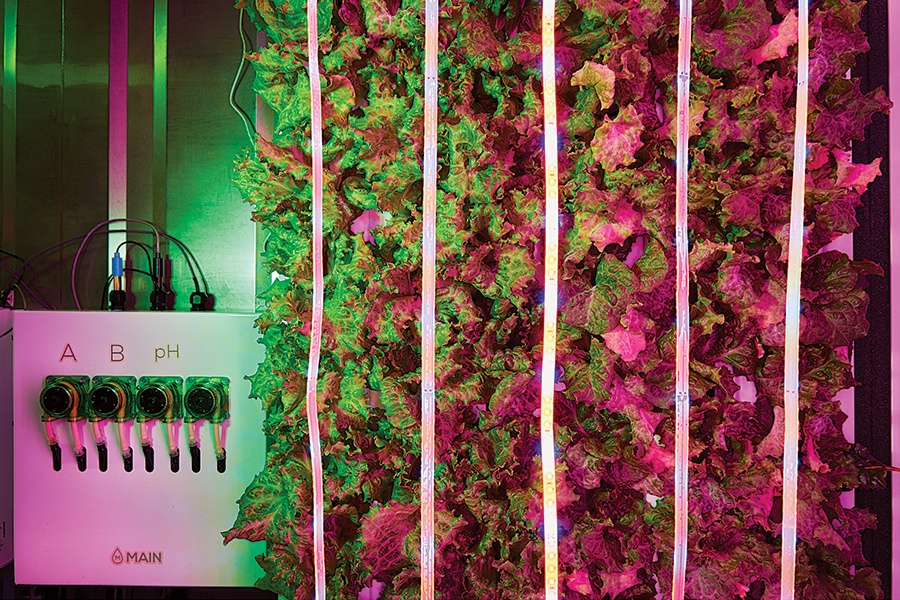 For one, they’ll be using an app much more than a trowel. The hydroponic gardens inside Freight Farms’ 40-foot containers, which hold up to 4,500 plants, can be operated remotely through an online platform that controls factors such as temperature, humidity, and nutrient and pH levels, and runs LED growing lights that replicate the cycles of daylight.

They’ll also be growing with Mother Earth in mind. The eco-conscious containers can take produce (up to 4 tons a year) from seed to harvest within six weeks, using 90 percent less water than traditional farming and slashing emissions that result from moving food over long distances. The container’s transportability and small footprint are also bringing life to underutilized urban spaces: Corner Stalk Farm, for instance, supplies local restaurants such as Bar Lyon using Leafy Green Machines located in an East Boston tow lot.

So far, Freight Farms has raised more than $12 million in investments, and there are now 200-plus machines in 38 states and 14 countries. Its newly launched Grown program, meanwhile, will meet increasing demand by staffing machines with a designated farmer. Some 500 people—from millennials to retirees—have already passed through the company’s Farm Camp, ready to take the future into their own green-thumbed hands. “Rather than be one big farm company that makes 70 percent more food for the world, what if we fed billions by making millions of people into farmers?” McNamara asks. “We don’t have to do it all. Give people the power and let them do it.”