The cocktail bar and pizzeria will be in the same Union Square building as their wurst- and weinbar, Bronwyn. 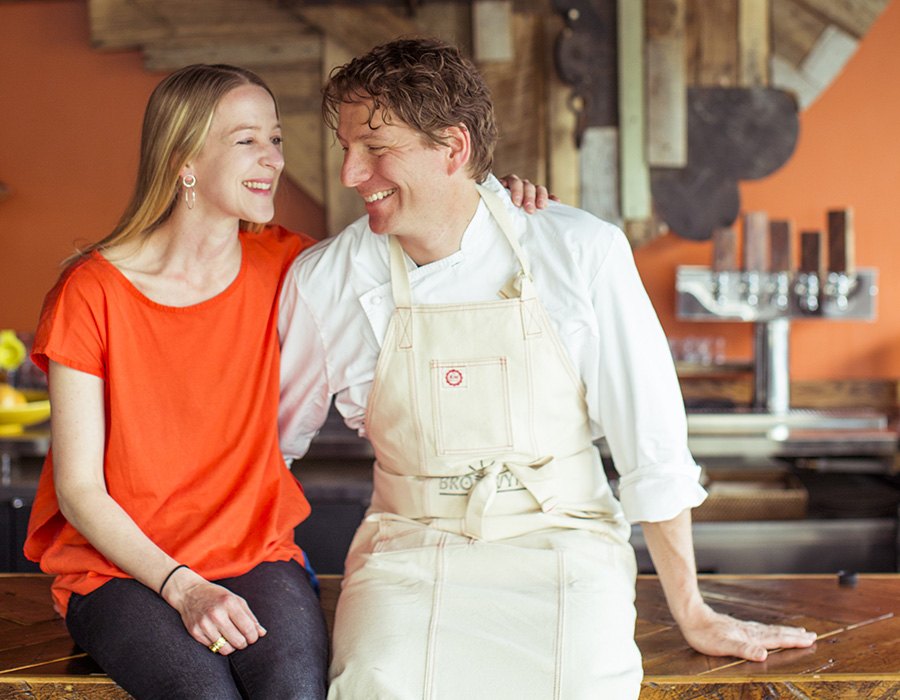 Dining excitement in the Somerville neighborhood of Union Square is certainly going to continue in 2019. Exhibit A: Chef Tim Wiechmann, a former Best of Boston General Excellence winner, and his wife and business partner, Bronwyn, will open a new, wood-fired pizzeria and cocktail bar. Called T and B Pizza, it is located in the same building as their German restaurant, and is on track to open late this spring.

The Wiechmanns have signed a new lease with their Bronwyn landlord to take over the former convenience store at 251 Washington St. Tim Wiechmann noticed the storefront and jumped on it, because “it’s just a great neighborhood,” and he was ready to do something new again after closing both his fine-dining original, T.W. Food, and the short-lived, Balkan-influenced bakery, Playska, in 2016-17. (A previously mentioned second Bronwyn location is no longer happening, Wiechmann says.)

Architectural plans for the pizzeria are in the works, and construction will begin in the next couple weeks. T and B Pizza will have a full bar, with about 50 seats inside, similar to the size of Bronwyn (though the new restaurant will not have any outdoor seating).

Wiechmann is still perfecting his pies, so he won’t share specifics about the dough or any toppings just yet. But he says to expect a low-frills but chef-driven menu. “It’s a wood-fired situation,” he adds. “We’re not even getting gas service.”

The chef also promises to add to Union Square’s nightlife scene with T and B Pizza. While the neighborhood has a few takeout pizza joints (including the excellent new Hot Box, at the bustling Bow Market), “There’s no nighttime pizzeria in the square,” Wiechmann notes. (RIP, A4 Pizza Bar.) “It’s going to [have] a large cocktail section; it’s not a wine-centric restaurant. It’s a different take on a pizza restaurant, period. You don’t necessarily think great cocktails.”

It’s what the neighborhood needs—and it’s also what the Wiechmanns need. “The bright lights and early mornings” of bakery operation didn’t work for the chef, Wiechmann says, and “fine-dining became not who we wanted to be anymore. This allows us to be creative, but also a little bit more relaxed. Just like we have with Bronwyn.”