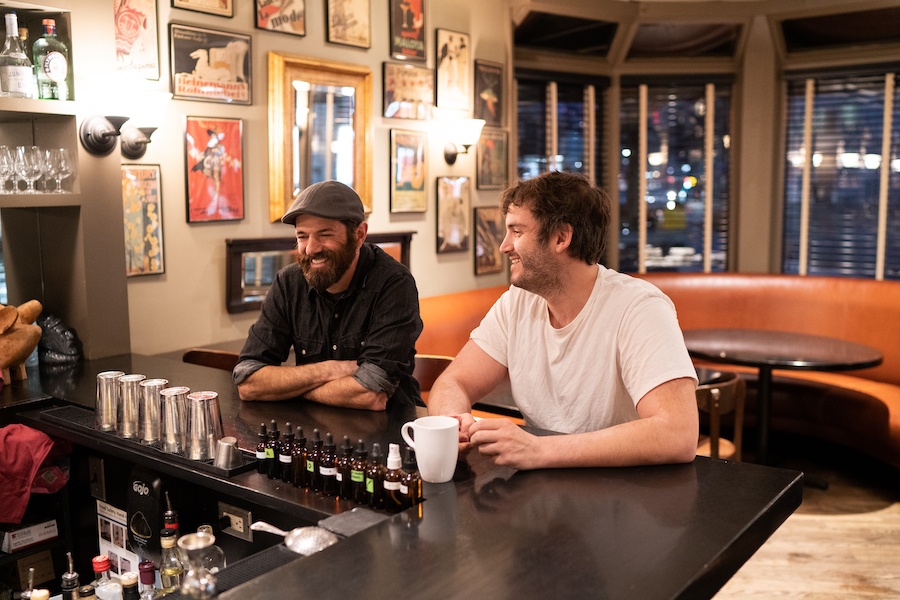 It’s been a full decade since James Beard award-winning chef Tony Maws moved (and renamed) his 2003-founded Craigie Street Bistrot to Main Street in Cambridge. That’s an eon in restaurant years. Though Maws’ veteran venue still manages to earn acclaim (see its recent placement among on our Top 50 Restaurants), the chef knows that sometimes you’ve got to give guests new reasons to revisit an old favorite.

“We’re not the new kid on the block,” Maws says. “You have to achieve a level of consistency while creating new experiences that make things refreshed.”

Here’s what he has in mind heading into the second decade of Craigie on Main. 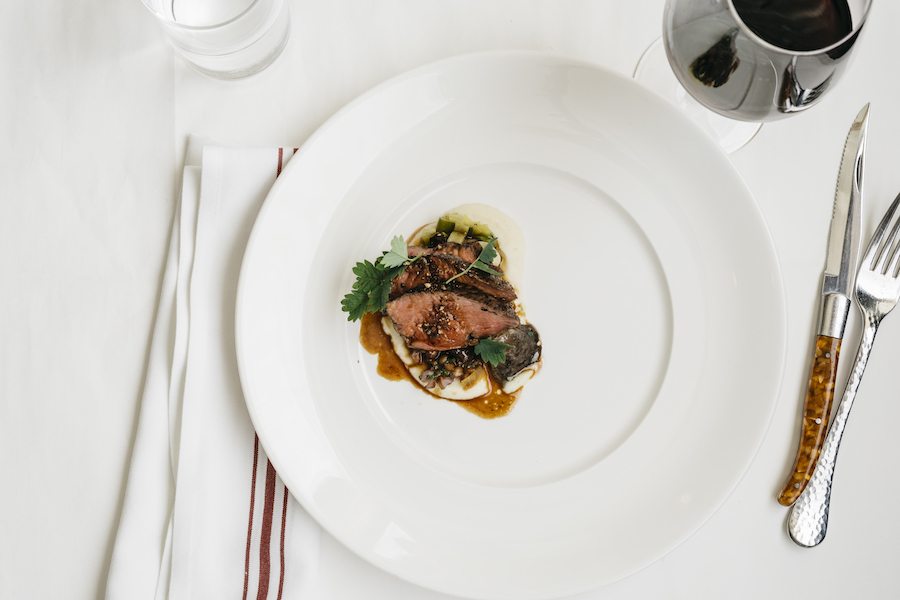 The dining room has moved to a prix fixe-only format.

The bar has a distinct identity: Welcome to COMB.

A la carte offerings will still be found at COMB (Craigie on Main Bar). As reported in our January issue, the lounge is now distinguished from the refined main dining room by its rock- and blues-focused soundtrack, servers clad in casual jeans and t-shirts, and rooster-referencing decor to complement Craigie’s longstanding pig motif. Ragout of braised cockscomb—the rooster’s floppy, fleshy red crown—was actually an early menu item at Craigie, says Maws, who is considering reviving the dish. But for now, the local trailblazer of nose-to-tail dining is emphasizing elevated bistro fare like Turkish-spiced stew of Maine mussels and garbanzo beans; heritage pork rillettes; and squid-ink mafalde pasta with ham and mushroom ragout. “This is the bar that I would want to go to on any given night,” Maws says. 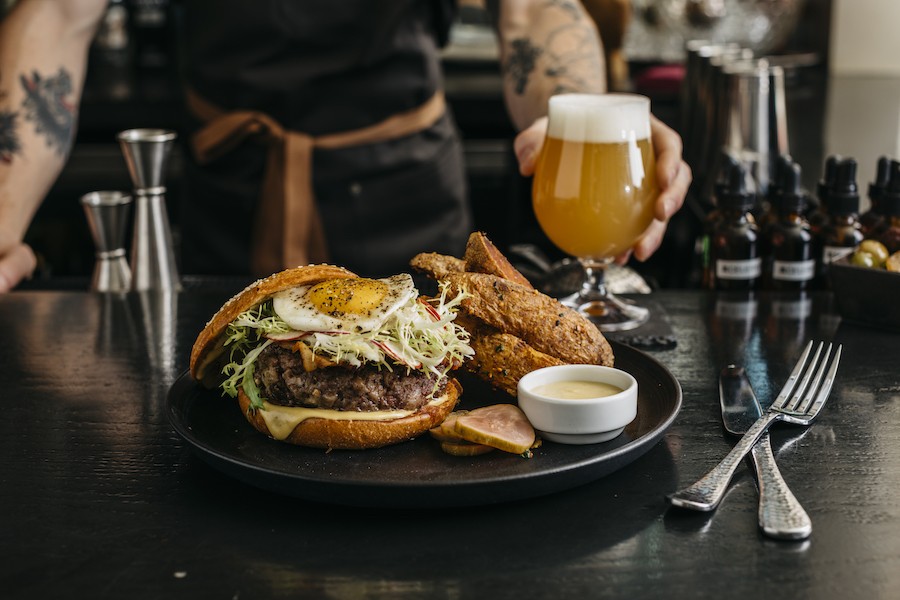 January’s Burger Lyonnaise, one of the new monthly-rotating patties at COMB. / Photo by Michael Piazza

The original Craigie burger ($26) is one of the most legendary patties in the Boston area. But in 2019, there is a second nightly option rotating monthly. Available in limited quantities (about 10 nightly), these new, $18 iterations are going to run the gamut. First up is January’s Burger Lyonnaise, a beef burger with bacon, frisée, egg and Dijonaise; February brings a venison burger with red chile sauce and smoked red onions; March has a pork confit burger with emmental cheese and caraway mustard; and April’s veggie-friendly spin will be made of curried lentil and tofu. Craigie first started serving burgers as a response to the late-aughts recession, but, “It’s only recently that I’ve come to fully embrace what the burger has done for us,” Maws says.

Back in the original Bistrot days, Maws recalls, the restaurant was closed on Mondays and Tuesdays. So on Sunday nights, the chef would gather up leftover food that needed to go, toss it in house-made buffalo sauce, and serve it as a staff meal. “It wound up being popular not just with staff, but family, friends, and VIPs who knew to ask,” Maws says. As an “homage” to those early years, he’s debuting “Buffalo Sundays” at COMB, starting with a kick-off party (with suds from Salem’s Notch Brewing) on January 27. Each week, Maws will mix up elevated snacks—from sweetbreads to duck wings—laden with the spicy stuff. 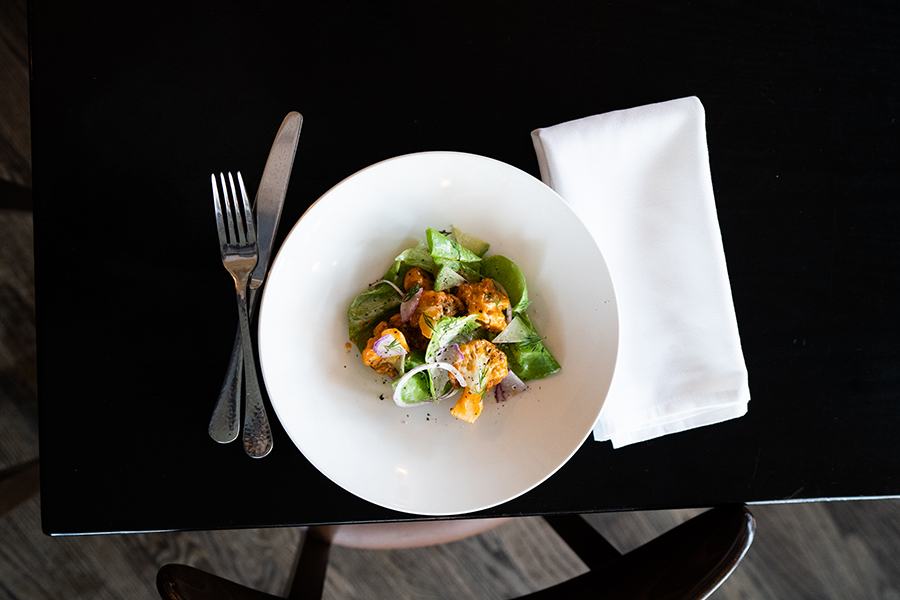 There’s a slew of new cooking classes and special dinners ahead.

Guests can get some special face-time with Maws during beverage-paired dinners and cooking classes throughout 2019. Upcoming highlights include March’s “The Whole Hog: Craigie Pig Dinner,” a six-course, nose-to-tail pork feast; April’s “Sensational Seder,” a class full of tips for making a memorable Passover meal; and June’s “Craigie Classics,” which will help longtime fans learn to make staple plates—including a whole-roasted chicken—at home.