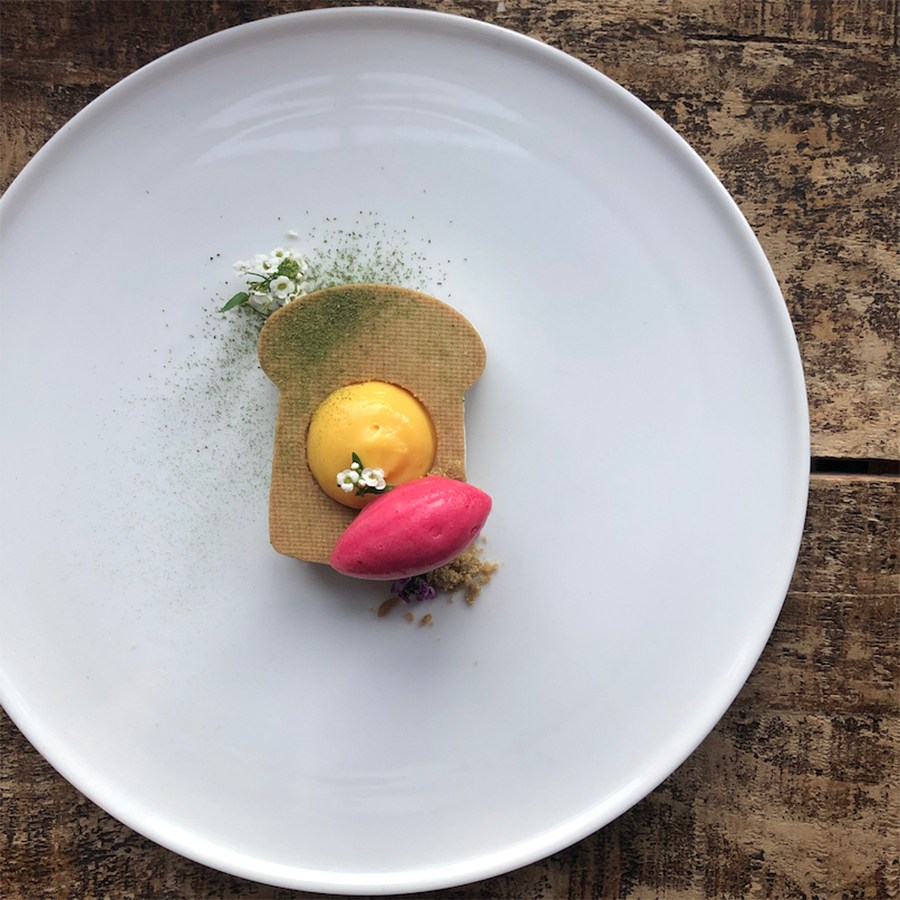 Sure, you can save room for dessert after dinner—but you could also skip dinner altogether in favor of a multi-course sweets feast by one of the city’s best pastry chefs. Brian Mercury just introduced a totally new dessert program at Oak + Rowan, including a chef’s choice, four-course tasting menu.

The new Oak + Rowan dessert menu launches tonight, and we have the first look below. It has more treats to choose from, up from four composed dishes to seven, plus Mercury’s gelato and sorbet options. The single-page menu also features Mercury’s cheese plates, and the selection of dessert wines; previously, the last course at Oak + Rowan involved three separate lists.

The dishes are a bit smaller now—each is about three or four bites, says Mercury—and the price has dropped from $12 or $13 to $8 or $9. The new format is meant to make Mercury’s Best of Boston-awarded pastry program even more accessible.

“We do get people who are interested in more than one item, but with everything being a larger potion meant for one person, they typically get one and that’s it,” Mercury says. “We want to excite people into ordering two for themselves.”

Knowing they’re ordering a tasting menu-sized portion might encourage people to try something they wouldn’t commit to as a full-sized dessert, he adds. The new desserts are also sized for a table to share a selection. Of course, a guest who just wants something sweet after dinner will find that, too. Another plus of the new format? It gives Mercury and his pastry team more flexibility. The selection of desserts will change regularly, depending on what ingredients are fresh and exciting.

To start, the menu revives (in slightly smaller form) the Thai tea semifreddo, and the buttermilk granita desserts that Mercury had on his December menu. The other five options are entirely new. Mercury is particularly excited about the chocolate crémeux—a Taza orb filled with black sesame and caramelized banana, capped with a banana bread-chip—and a sheep’s milk cheesecake with a passionfruit mousse “yolk,” meant to look like toad-in-the-hole, inspired by a creation by New York City pastry chef Bob Truitt.

“My hope is that people are able to experience a couple [desserts] we do, so they can really see what we do,” Mercury says. The menu descriptions often belie the playful whimsy of his creations. “It’s not just another chocolate dessert,” Mercury says. 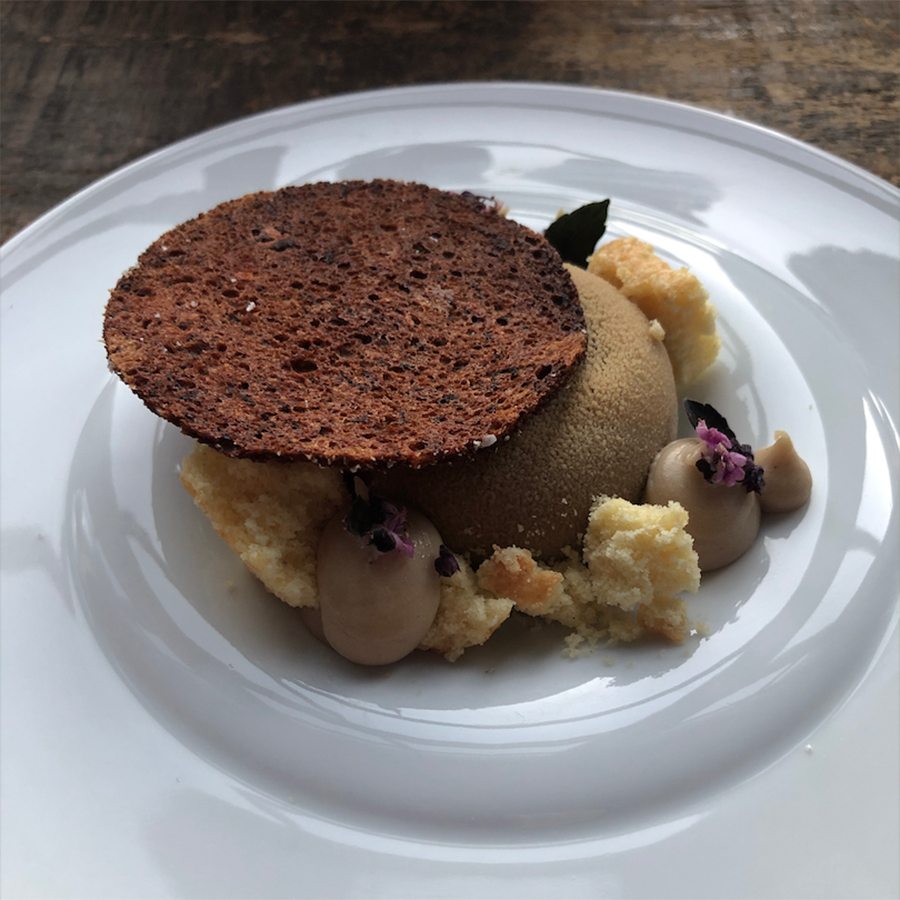 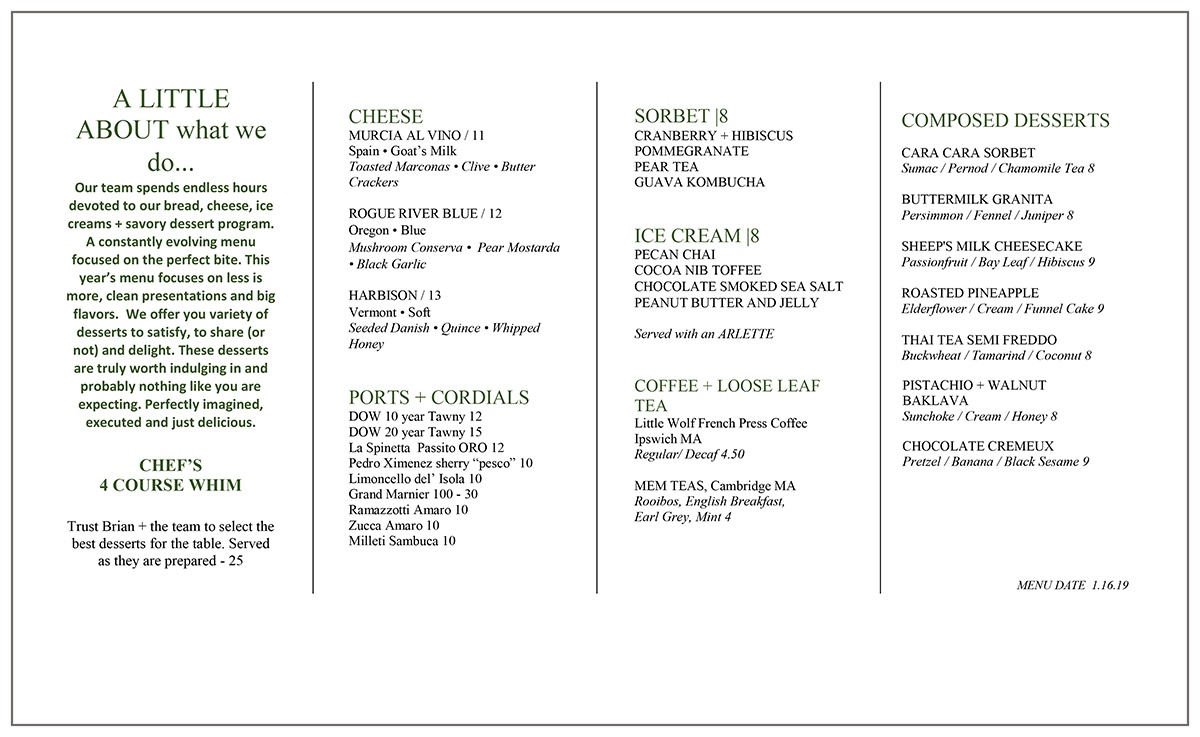