BPM bottle shop Hopsters Alley has closed, but new craft beverage enterprises are in the works. 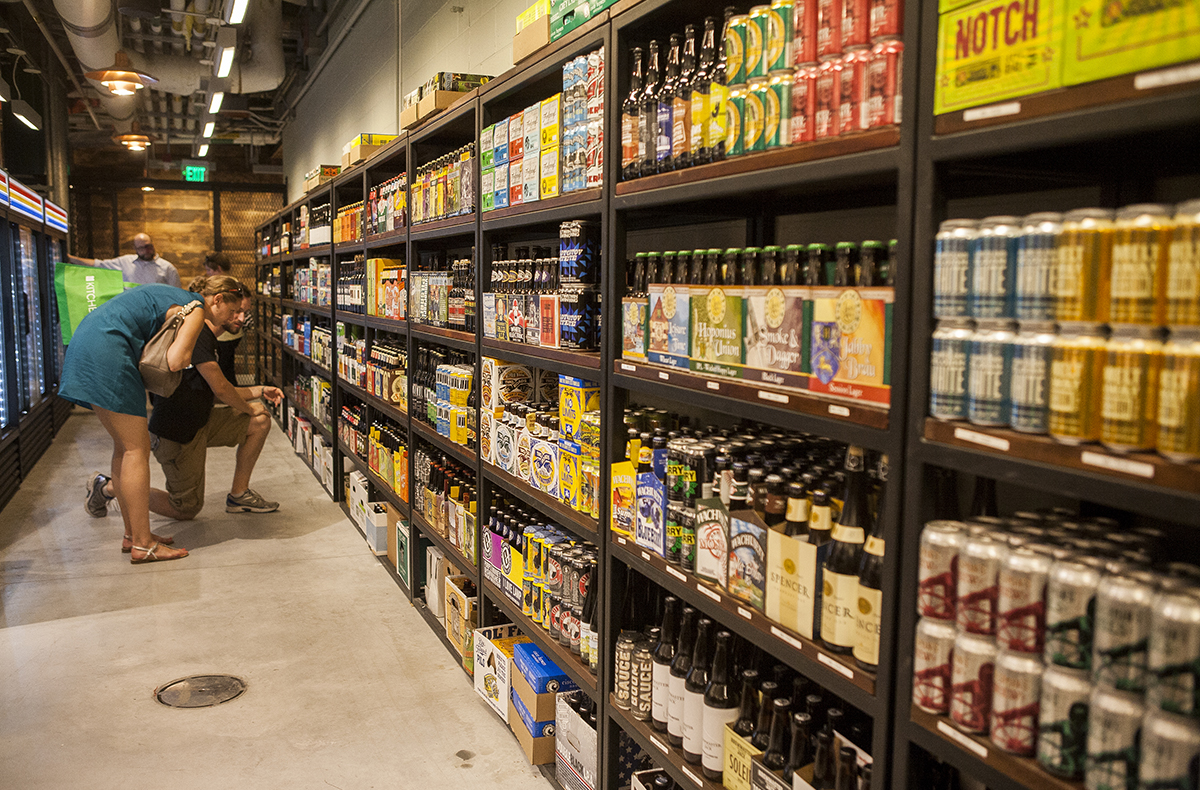 2015 photo of Hopsters Alley. / Photo by Olga Khvan for “A Look Inside the Boston Public Market“

Hopsters Alley closed earlier this month, after late (or missing) rent payments and a lease dispute led the Boston Public Market Association to sue store owner Lee Cooper, reports Boston Business Journal. A municipal court judge ruled in favor of the BPM terminating Hopsters’ lease, according to the BBJ. Though Cooper is appealing that decision, Hopsters left the market in January.

Just this week, the BPM put out a request for taproom proposals, the Boston Globe first reported. The association that runs the 35-vendor, all-local marketplace is seeking “a creative, New England company to develop a taproom experience under their own brand.” While the vision is for a space where customers can relax with a drink, it’s not just limited to beer, but could include cider, wine, and/or spirits as well.

Since opening in 2015, the Boston Public Market has hosted a variety of boozy pop-ups, including a sip-and-shop series with market vendors Massachusetts Wine Shop and Hopsters; an annual Harvest Party; and weekly beer gardens with local brands like Willie’s Superbrew, Remnant, and Allagash Brewing.

“We’re thrilled to make this a new, permanent BPM feature,” CEO Cheryl Cronin tells Boston. “There has been great interest in the local craft beer movement lately and we’re so excited by the idea of offering a taproom in the Boston Public Market so that customers can enjoy a pint while they shop for grocery items and prepared foods.”

It seems like Hopsters Alley owner Lee Cooper was anything but thrilled about the new plans. The store owner (and publican of Hopsters brew-your-own locations in Newton and the Seaport) told Boston Business Journal that Hopsters Alley was asked to leave the BPM because Cooper disagreed about where in the market boozy new endeavors should be located. “We fought over placement location of the beer garden within the market,” Cooper told BBJ. “Cheryl decided after that disagreement that I was personally no good for the market.”

Cronin disagreed, telling BBJ the reason Hopsters was evicted is because the company didn’t pay rent on time in August, and didn’t pay at all for January or February 2018.

“In the interest of looking ahead, we’re excited about the opportunities coming to the market,” Cronin said, referring to the taproom RFP as well as plans to eventually bring in a new bottle shop. “We think residents and visitors are going to be really excited about this.”

The proposed taproom at Boston Public Market would take over between 590 and 1,300 square feet of space in the southeast corner of the venue, near the Rose Kennedy Greenway-facing entrance. Responses to the RFP are due by February 15—so, Kevin Youkilis and any other interested craft beverage producers need to get on those applications.