More than a year after a devastating fire, Ashmont's Treadmark building is getting an artisan grocer and café. 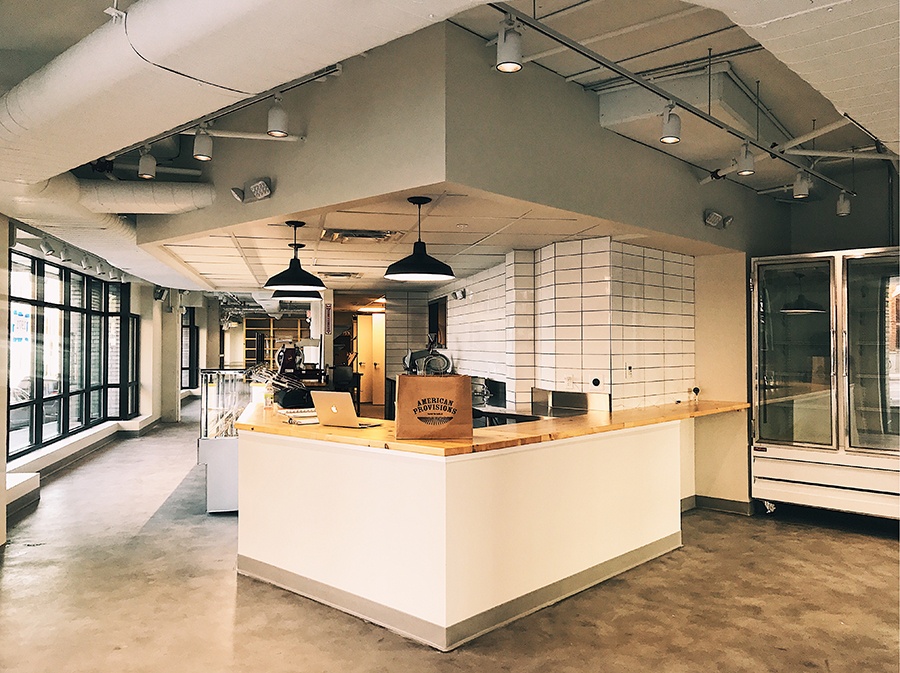 Not every business would relish opening a new store in the dead of winter, but American Provisions co-owner Matthew Thayer could not be more excited to stock the shelves of his second artisan grocery store.

That’s because it’s been quite a long time coming: American Provisions is on track for a February opening in the Ashmont section of Dorchester, more than a year later than Thayer initially expected, after a “catastrophic,” six-alarm fire in June 2017 ravaged the nearly-completed location.

“It was a nightmare,” Thayer recalls, for the residents who were slated to move into the 83 new apartments and condos of the Treadmark building. For himself and his American Provisions business partner, Andy Fadous, it could have been worse, Thayer says. They always planned to stay with the development, and the extra time allowed the team to fully shore up their business plan, he says.

The Dorchester location of American Provisions—or #APDot, as it’s known on social media—is about 150 percent larger than the South Boston original, and it includes a full kitchen. A new amenity for AP chef Angel Medina, the kitchen is fueling a brand-new breakfast menu (think egg sandwiches, lox and bagels, house baked goods, and more), expanded salads, and grain bowl offerings. It will be a commissary to supply both stores with a broader selection of prepared food to-go. AP Dot will also have its own sandwich menu, reprising only Southie’s Italian in favor of a slew of new recipes.

Kara Chadbourne is the new store’s general manager. A former manager at Alden & Harlow, Chadbourne also oversaw the Jasper Hill Farm cheese shop at Boston Public Market. She is currently stocking the coolers at AP Dot with one of the best cheese selections in Boston. More than 50 percent more retail space in Dorchester enables American Provisions to expand its selection store-wide, Thayer says, from wines, to craft beer, to pantry items.

“We are excited to use the space in Ashmont for more events, pop-ups, demos, wine dinners, and things like that,” Thayer adds. Though the shop has no seating inside, “we’ve creatively designed the space to be able to shift from a retail store into [hosting] events and pop-ups.”

Construction is finishing up on the Ashmont store, and a few regulatory sign-offs remain. Thayer is optimistic for a February opening. When it debuts, it will be open Tuesday-Friday from 10 a.m.-8 p.m., Saturdays 9 a.m.-6 p.m., and Sundays 9 a.m.-4 p.m.

Stay tuned on social media for the #APDot opening details.