How Dropkick Murphys’ Ken Casey Is Rocking the Restaurant Industry

One buzzy opening at a time. 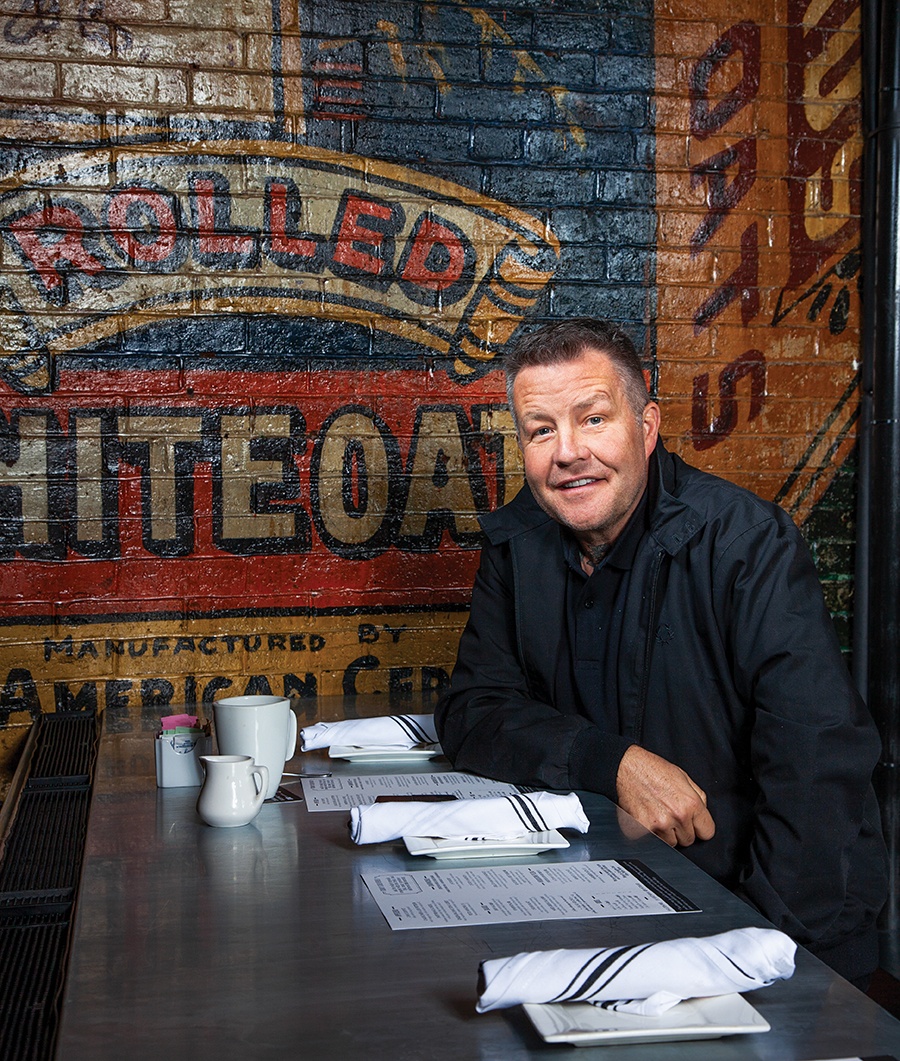 When he’s not touring with his Celtic-punk band the Dropkick Murphys, musician Ken Casey pursues other passions as a restaurateur whose eclectic portfolio includes Lower Mills Tavern, a popular gastropub in Dorchester. / Photo by P.J. Couture

The soundtrack at Lower Mills Tavern is killing it, I tell owner Ken Casey, frontman of the Celtic-punk band the Dropkick Murphys. We’re tucked into a corner booth at his Dorchester restaurant and Irish sessions hang while the speakers serenade lunch crowds with chest-puffing anthems like “I Fought the Law” by the Clash and “If I Ruled the World” by Nas. Music we won’t hear: his.

After all, this is where Casey comes to scratch a different kind of creative itch. While music fans know his band for such pub-friendly songs as “Barroom Hero,” few realize that the musician actually has a none-too-shabby side hustle: thriving restaurateur. “I’m not a drinker, so I wanted somewhere to be proud of the food,” says the sober singer, who hasn’t touched alcohol in more than 25 years. (“Barroom Hero”? That was written as a “sad story,” not a drinking anthem, Casey says.)

In fact, in the past two and a half years alone, Casey has pumped up his portfolio with four very different openings: Dorchester’s Lower Mills Tavern and funky Yellow Door Taqueria, where the Cali-Mex cuisine has been a quiet little hit; Two Saints Tavern & Dos Diablos, a dual-concept Symphony Hall–area restaurant; and the upscale Lion’s Tail, a tufted-leather cocktail lounge in the South End’s multimillion-dollar Ink Block development, where rye whiskey libations share menu space with grilled octopus and confit pork belly.

So how does a famous punk wind up running taco joints and craft-cocktail bars? With the help of longtime pal Brian O’Donnell, a restaurateur, and HGTV personality Taniya Nayak, O’Donnell’s wife, Casey launched his second career in 2008 by opening memorabilia-stuffed McGreevy’s in the Back Bay; the devout Sox and Bruins fan says he was excited by the address’s claim to fame as the site of America’s first sports bar. The partners’ other ventures have included Turner’s Yard, a now-closed Pembroke gastropub co-owned with former Bruin Shawn Thornton and Sox vet Tim Wakefield, which prepared Casey for his newer, more food-focused projects. Though he came up playing gritty Hub dives like the Rat, Casey understands that good Guinness pours alone can’t cut it anymore in Boston. “Expectations have changed,” he says, and he’s changing right along with them.

For his next act, Casey is working on a new Dropkicks album and talking through ideas for another taqueria. Does the rocker turned restaurateur see a parallel between his two gigs? Casey is characteristically candid.

“It’s about putting asses in seats.”