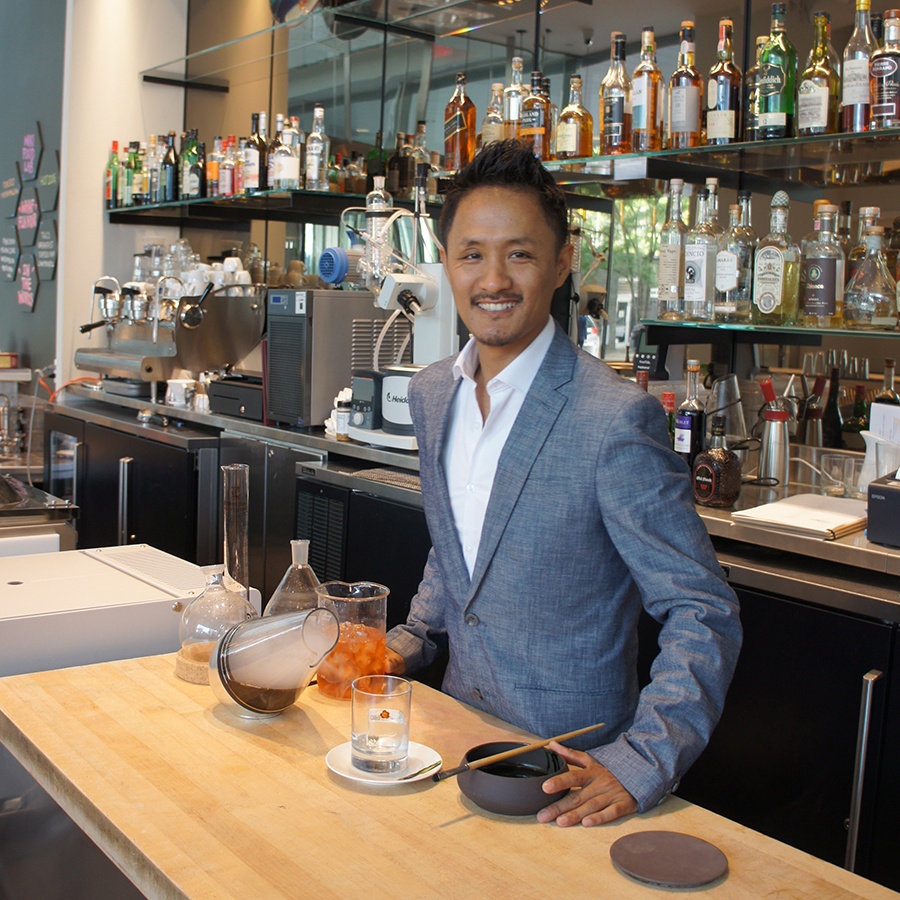 The Boston hospitality industry lost a great friend and bartender over the weekend. Tenzin Samdo, an internationally acclaimed mixologist who earned a Best of Boston award last year for his work at Café ArtScience, has died after a brief but fierce battle with liver cancer. He leaves behind an 8-year-old son, and the restaurant industry has rallied behind Samdo’s family with a GoFundMe page, as well as a celebration of Samdo’s legacy this Wednesday, Jan. 30, at ArtScience.

Because of his creativity, attention to detail, and kindness, Samdo—also known as @bostonmixdrink—became a bartender to visit while he was making fun and forward-thinking drinks at chef Jody Adams’ downtown restaurant, Trade. Samdo pushed the envelope on glassware, garnish, and large-format libations, while incorporating exotic spices, teas, and aromatics.

A Tibetan refugee who spent his childhood in India, Samdo moved to Cambridge as a high schooler. He studied theater and photography, bartending during art school to make extra cash. He had a knack for drink-making and a command of bright, layered flavors, but Samdo’s star rose because of his engaging personality. He befriended customers who became regulars, and people followed the arc of his career across the city. His personality and hospitality sense is what primed Samdo for his second high-profile bartending role: Taking the stick at Tavern Road, six months after founding bar director Ryan McGrale unexpectedly passed away.

“We knew [the new bar director] had to be somebody the industry would get behind 100 percent,” Tavern Road owner Louis DiBiccarri said at the time.

An insightful storyteller, Samdo’s recipes and menu descriptions often represented something beyond just a drink. Instant classics from his Tavern Road days included a Pu’er tea-soaked Negroni; and McGrale’s Bullhorn, a bourbon and chartreuse cocktail with saffron and cardamom, created in honor of his late predecessor. The cocktail list Samdo introduced at ArtScience brings awareness to endangered species with a dozen drinks named after, and inspired by, an exotic animal and its latitudinal habitat. Pika, for example, is named for a small, Himalayan mammal, and comprises Scotch, Alpine herbs, and a honey-lychee foam. Samdo’s cool, science-focused libations kept the tech-driven CAS among the best bars in Boston after the departure of its founding bartender, Todd Maul.

“I like to build things from scratch,” Samdo said, while talking to Boston about his then-new boss, innovator and ArtScience founder David Edwards. “We both respect food and culture a lot, we respect the science behind it.”

Besides the drinks and connections he made on the bar, Samdo also developed a sustainability-focused line of bartending products with the company Cocktail Artists.

A new drink menu Samdo created is on deck at ArtScience, inspired by endangered ocean species. During Wednesday night’s event, guest bartenders will be shaking up a first taste of Samdo’s final cocktails. The party starts at 8 p.m. and is open to the public, and everyone is encouraged to share memories with the hashtag #teamtenzin.

“The impact that Tenzin has had not only on the bar scene in his adopted hometown of Boston, but worldwide via his impressive following is beyond compare,” the fundraising Team Tenzin shares. “He has continuously poured his passion for helping others and advocating for a better world into all that he does. In Tenzin’s own words, ‘By consuming the cocktail, you’re destroying the art, but you’re left with the memory. It’s a reminder that life isn’t permanent, but it can be beautiful.'” 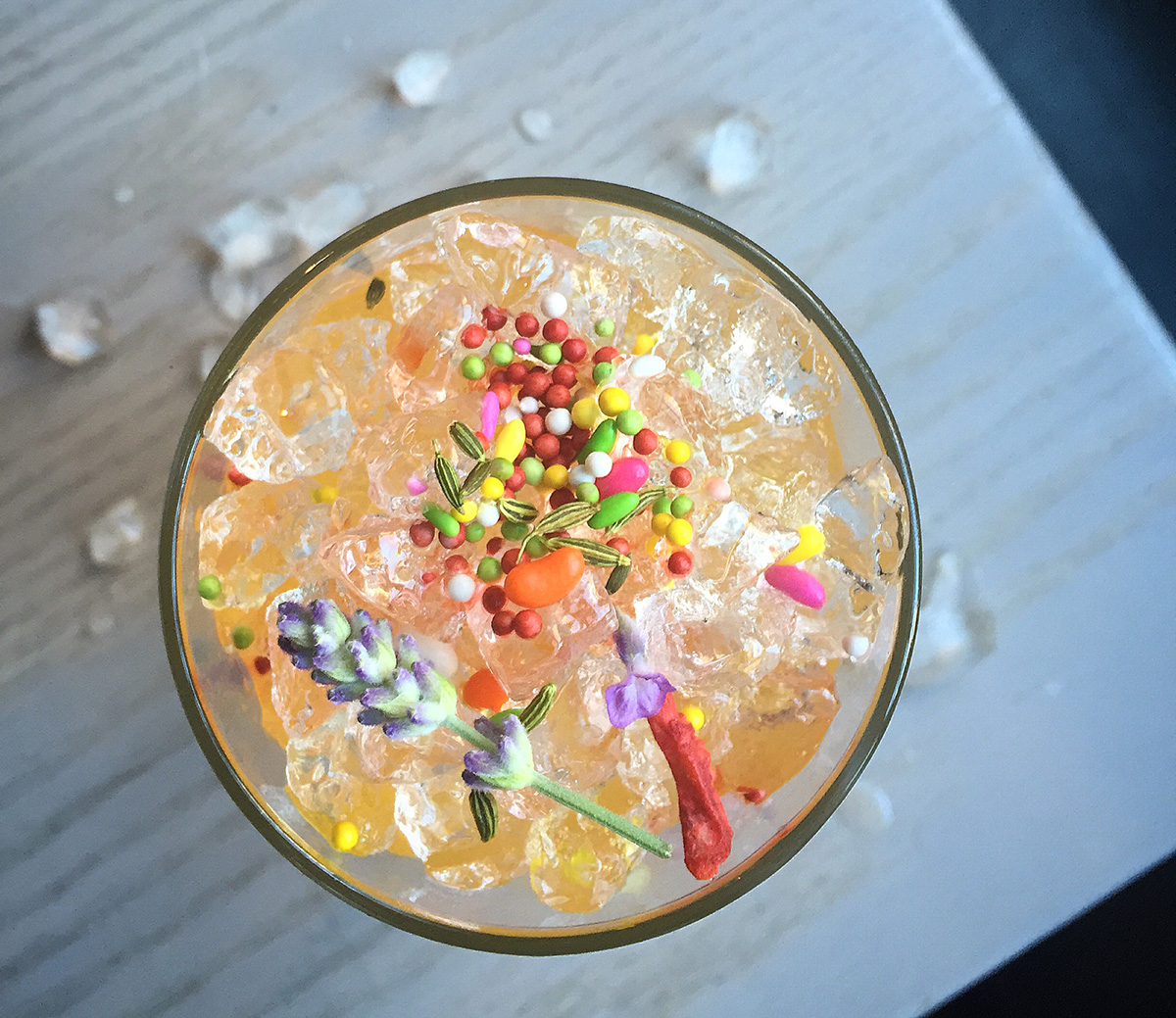 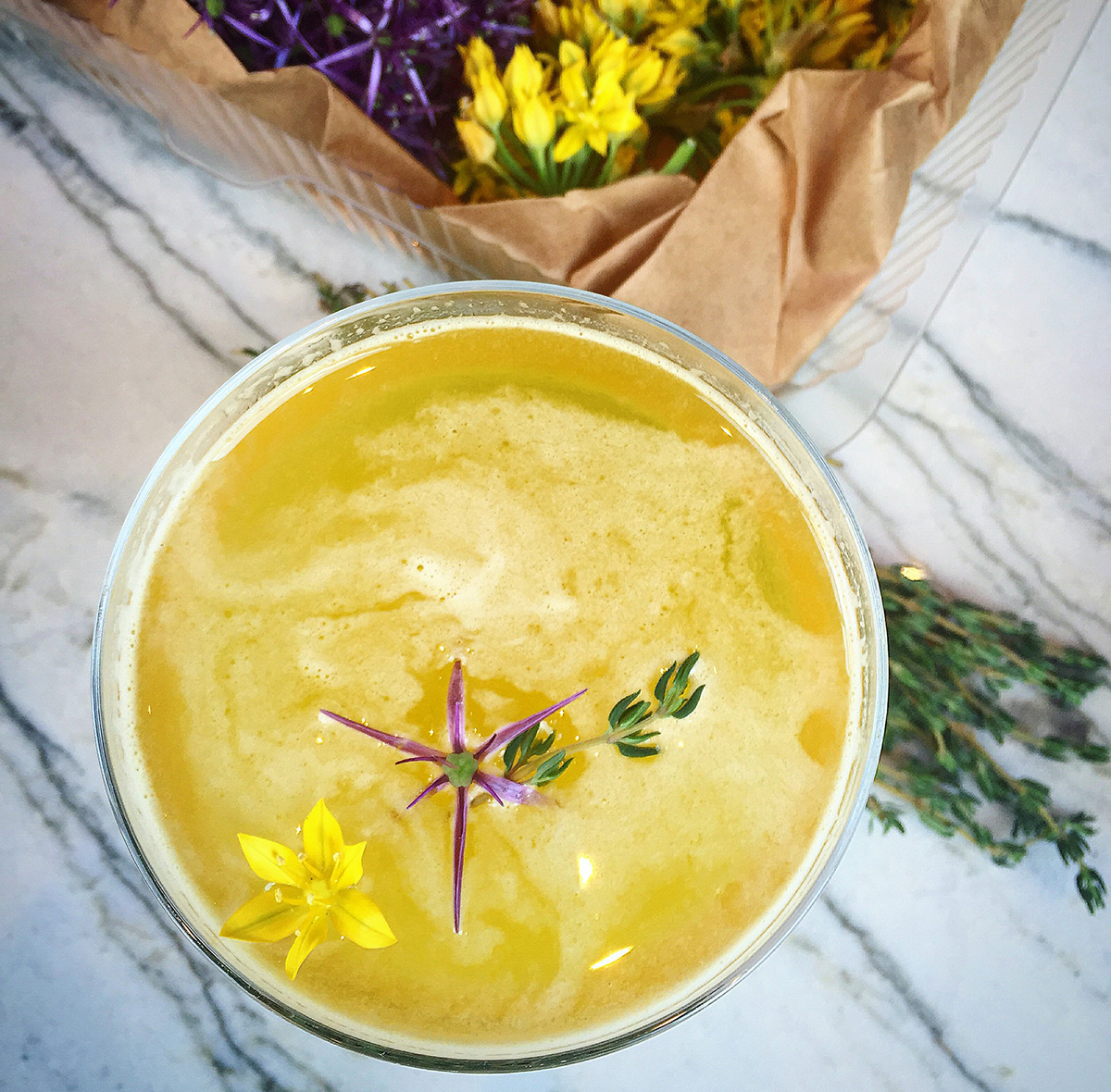 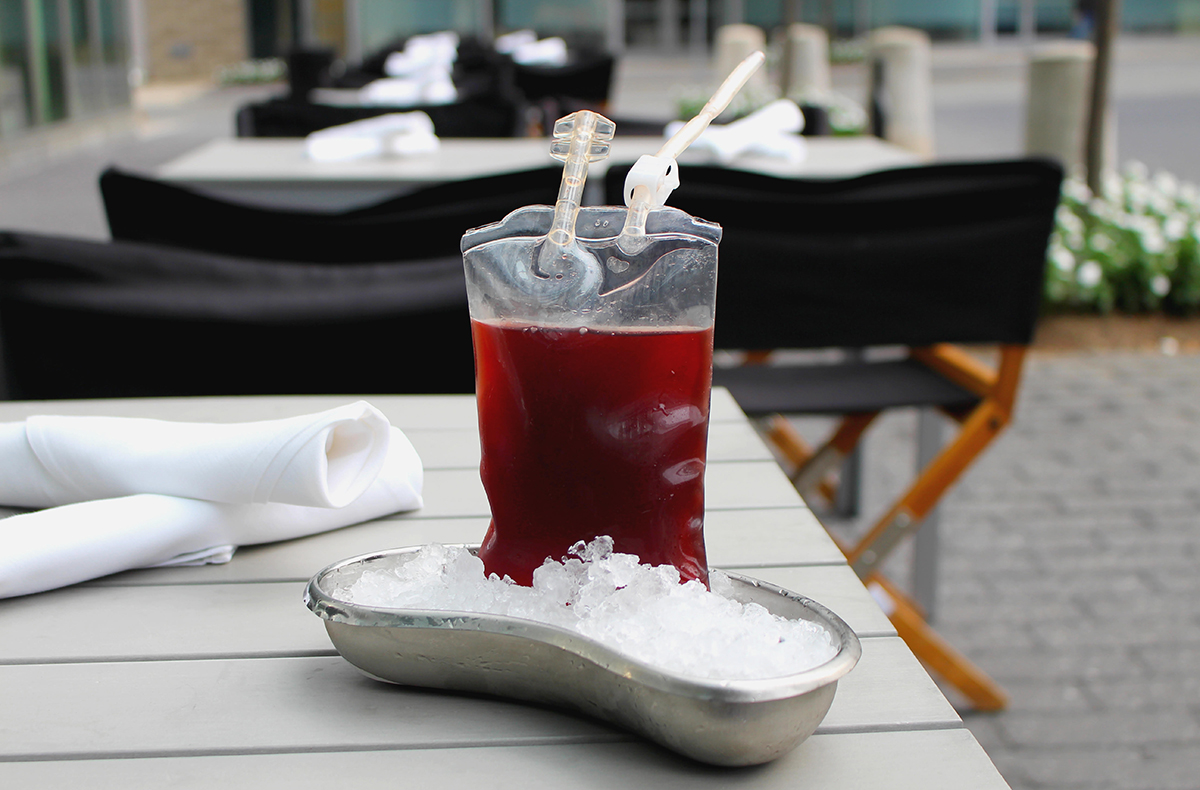 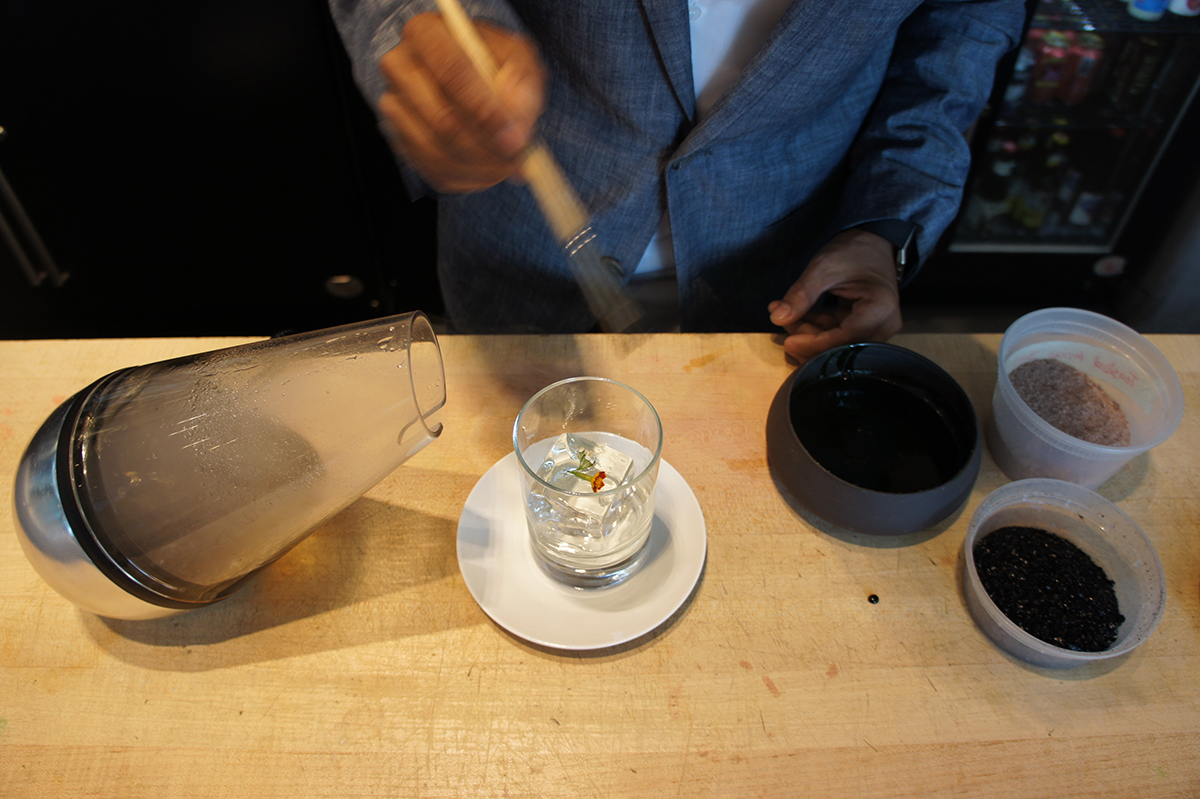 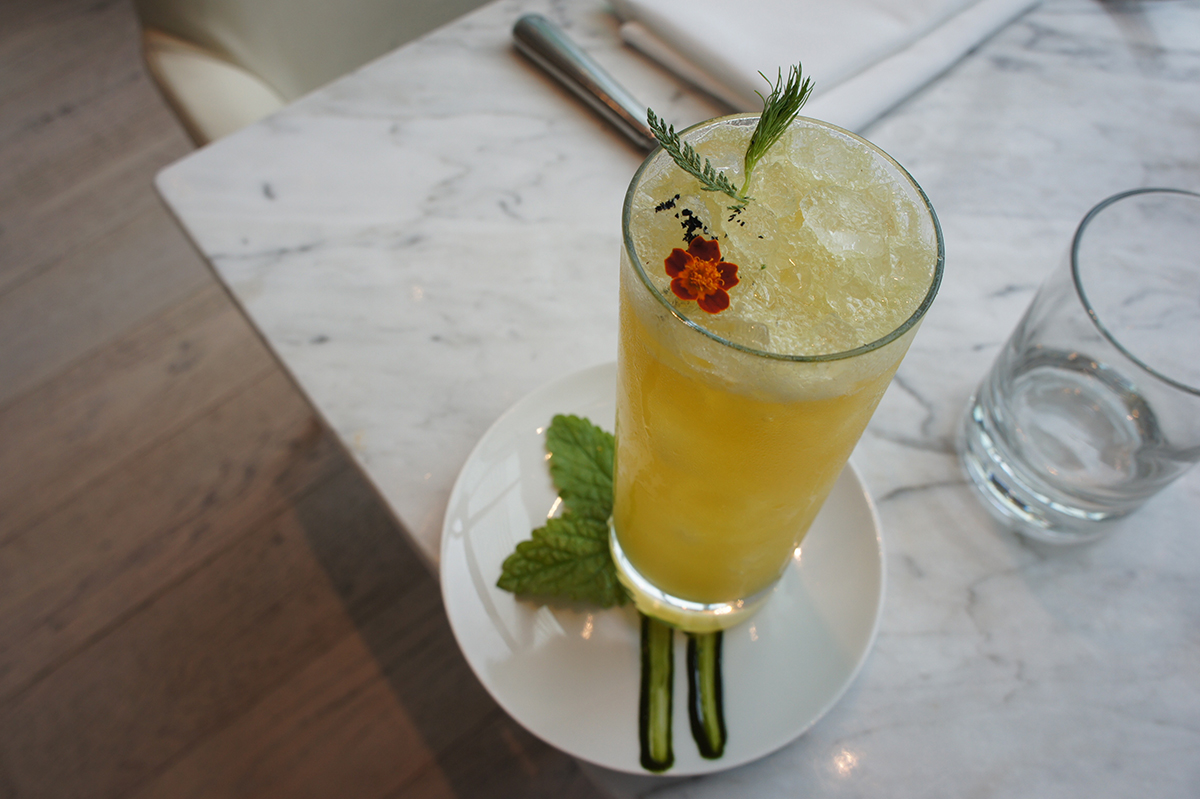