How America’s Test Kitchen star Elle Simone is stirring up ideas for a more-diverse food world. 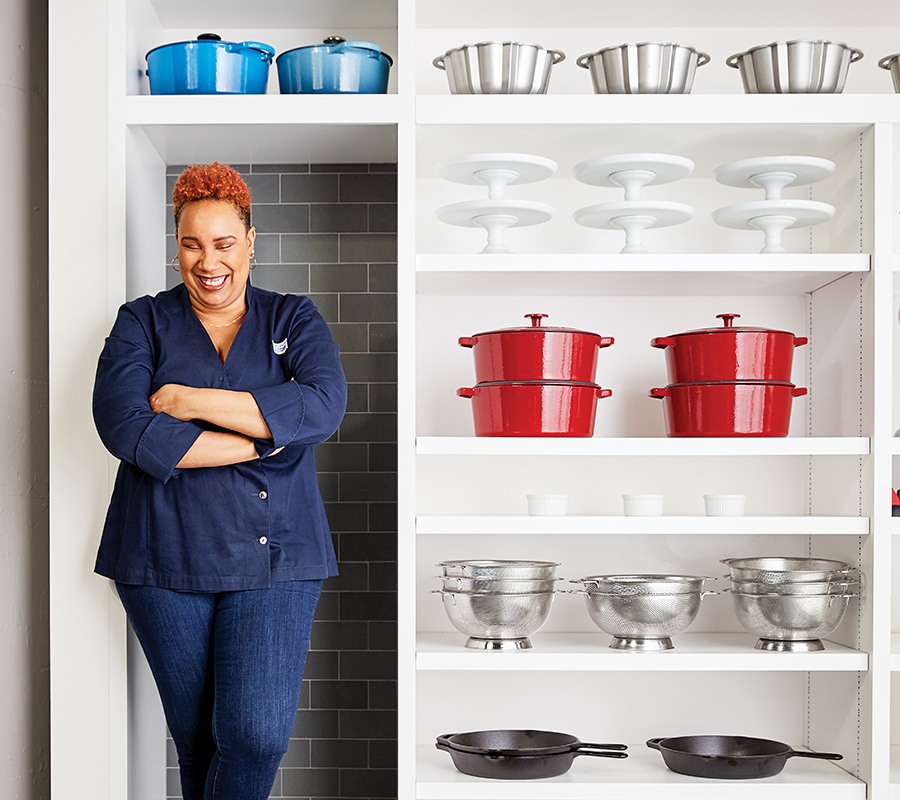 Elle Simone is opening doors to opportunity for female chefs of color—on TV, and off. / Ken Richardson

Growing up in Detroit, Elle Simone devoured episodes of Emeril Live and other cooking shows with her grandfather. At the time, she never considered pursuing a culinary career because “I never saw anyone who looked like me” on TV, Simone says. But today, as she shares recipes and kitchen tips with 10 million monthly viewers on a cooking show of her own, the food stylist and television personality is working to change that.

“I am, for women of color, what I never had: representation,” says Simone, sitting in the new multi-studio Seaport headquarters of America’s Test Kitchen, where she is the first black woman to join the cast of the hit PBS show. Today is her birthday—though every day is a new gift after surviving ovarian cancer, she stresses—and tomorrow, filming begins on the next season of ATK’s sister show, Cook’s Country, for which Simone will also be styling the camera-pretty plates.

Most important, though, Simone is intent on bringing more diversity to the food and beverage industry. She’s the founder of SheChef, a thousand-member-strong networking organization for women, especially women of color. SheChef just launched a paid membership tier, and Simone is taking it on a multi-city panel tour this year, dubbed “Level Up,” to help female food entrepreneurs share and develop business-building skills.

Simone knows what it’s like to need a boost: After losing her job as a social worker, the then-moonlighting prep cook spent two years in a cruise-ship kitchen, then moved to New York City—with “two hundred dollars and two suitcases”—where she worked at a women’s shelter while attending culinary school. An internship with Food Network was her entrée to food styling, and she freelanced for years for major clients like Cabot cheese and the ABC food show The Chew. But in terms of visibility, her on-screen role with America’s Test Kitchen has been a next-level dream come true. “The way that I was raised, it’s always an honor to leave my house and represent black women,” Simone says. “It’s an honor. It’s a privilege. And you should always treat it as such.”

That’s why this February, Simone is launching 28 Days of Edna, a monthlong series on ATK’s IGTV channel that pays tribute to Edna Lewis, the pioneering African-American female chef. Lewis’s legacy inspires Simone, who knows what it’s like to feel passed over for promotions and deal with frustrating biases. Though proud to make TV history, she wants to build a world with fewer firsts like hers.

“Little girls hug me like they’ve known me their whole life,” Simone says. “They see me and can see themselves. I couldn’t ask for a better position to be in.”