Peregrine, an Italian Islands-Inspired Restaurant, Is Coming to Beacon Hill 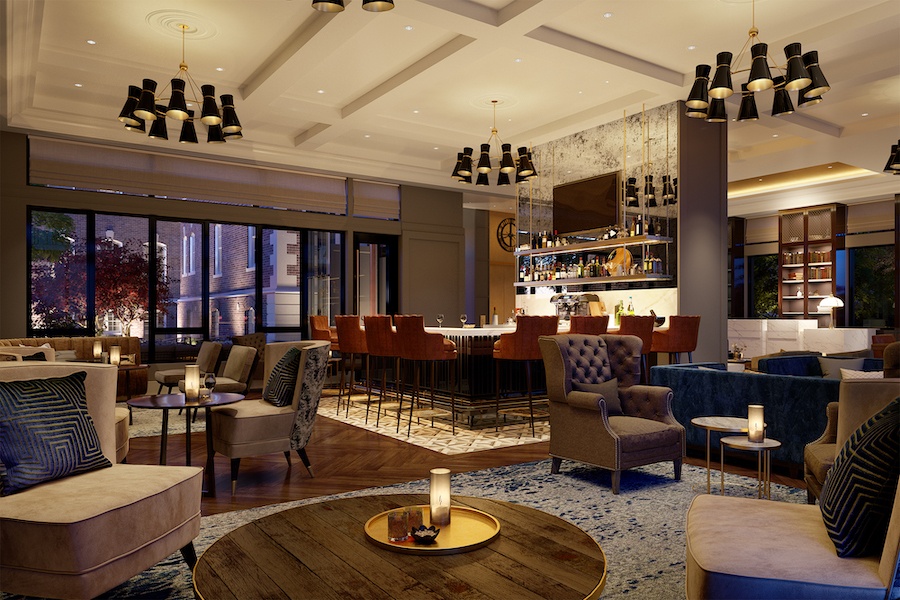 A rendering of Peregrine, arriving at the Whitney hotel in May. / Courtesy the Whitney

With their next restaurant, Peregrine, chef Josh Lewin and Katrina Jazayeri are spreading their wings. The duo behind Juliet, a charming European-style cafe in Somerville, are opening their second brick-and-mortar venture in May inside the Whitney, a boutique hotel that will soon welcome locals and travelers in Beacon Hill. Peregrine will focus on cuisine inspired by their recent travels through the Italian islands of Sardinia and Sicily, as well as the neighboring influences of Corsica and Catalonia. It represents both a long-awaited next step from the cool culinary couple, and a full-circle return to the downtown Boston neighborhood where the twosome first met and Lewin’s kitchen career really took off.

“It’s a return to where my career in Boston really began,” says Lewin, who earned lots of attention—and a Zagat 30 Under 30 honor—for his work at Beacon Hill Hotel & Bistro. “Heading out of Beacon Hill in 2014 for what eventually became Juliet was an exciting challenge, but it was bittersweet as well. Those were some really formative years, and it’s a really vibrant community of people there. The neighborhood is also a touchstone for a lot of people visiting Boston for the first time.”

The name Peregrine has a double-meaning, he adds: Foremost, its nod to the falcon is suggestive of the unique perspective the menu will take. “The restaurant takes its cues from everything that bird might see, from its perch high in the hills of Cefalù on the Tyrrhenian sea to the wild heart of Sardinia,” Lewin says. Pasta will play “a big role”: think black pepper and truffle tagliatelle with clams, and a soon-to-be-signature, Sardinian-style seafood paella (laden with Catalan influence) that trades rice for pasta and, at Peregrine, will invoke luscious New England lobster. The idea is to simultaneously capture the strong “sense of place” that defines the cuisine of the Italian islands, but translate it using local ingredients.

“New England, and more specifically Boston, shares a lot of the same culture points as port cities in Europe,” Lewin says. In a world of air travel, “we forget how isolated people were in these ports for a very long time,” something that cultivated a shared approach to celebrating native, seasonal ingredients. 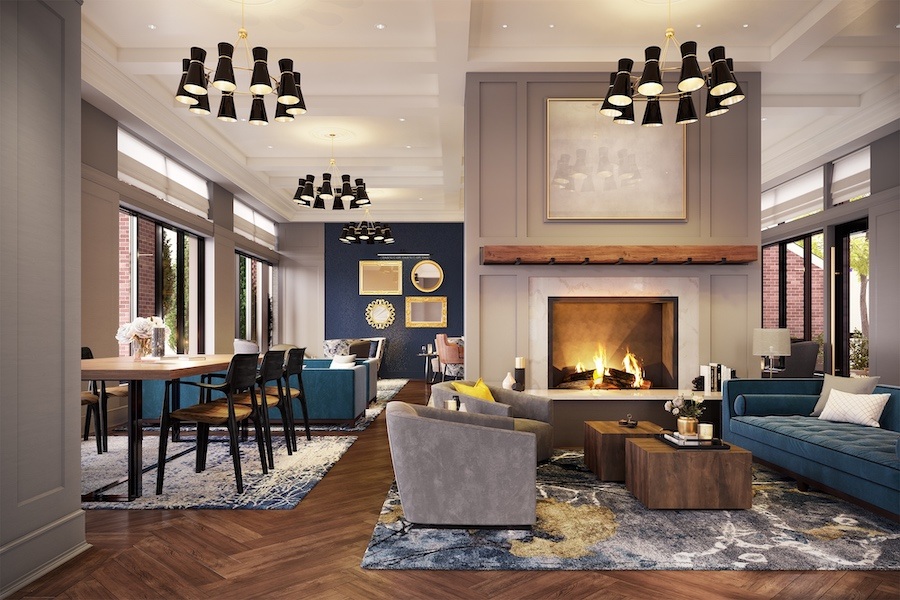 A fireplace will semi-partition cocktail seating from the main dining room. / Rendering provided by the Whitney

Like Juliet, Peregrine will have an all-day format, serving breakfast, lunch and dinner. So you can also expect charcuterie and oysters, Sunday roast beef dinners, and a splay of sfizi, small plates perfect for snacking alongside a wine list that Jazayeri is curating to focus on small producers with unique stories, especially biodynamic makers. (The wine list “won’t be confined to one country,” Jazeyeri says. “The common thread will be passive discovery and pride of work that goes into it.”) The sfizi will also be offered complimentary and served family-style on weekdays from 3-5 p.m.. It’s an inviting offer, and speaks to Peregrine’s larger intention: to be a place where guests can hunker down for a leisurely, coursed Italian feast, or simply swing by to share light bites and a bottle.

It will certainly occupy some bustling real estate at the Whitney, which brings us to the second meaning of “peregrine”: The word also refers to one who is a “pilgrim,” the team explains, so it’s fitting for a restaurant housed in a hotel at a historic downtown crossroads. The restaurant is an extension of the larger lobby, and uses a decorative fireplace to distinguish a cocktail lounge-like area from the 35-seat main dining room, which is anchored by a bar but also features banquette seating. Jazayeri says to expect a “warm, welcoming” vibe with homey rugs underfoot and soothing hues of blue and gray with pops of yellow.

“We want to be not just a destination for dinner, but a home base for life,” Lewin says. “Even if it’s just the temporarily life of a vacation or a trip for business.”

We’re ready to fly by.

Peregrine is slated to open in May inside the Whitney hotel at 170 Charles St., Boston, whitneyhotelboston.com.