Landing this summer, it will be a neighborhood café, rotisserie, and hospitality-focused nightspot for Kendall Square. 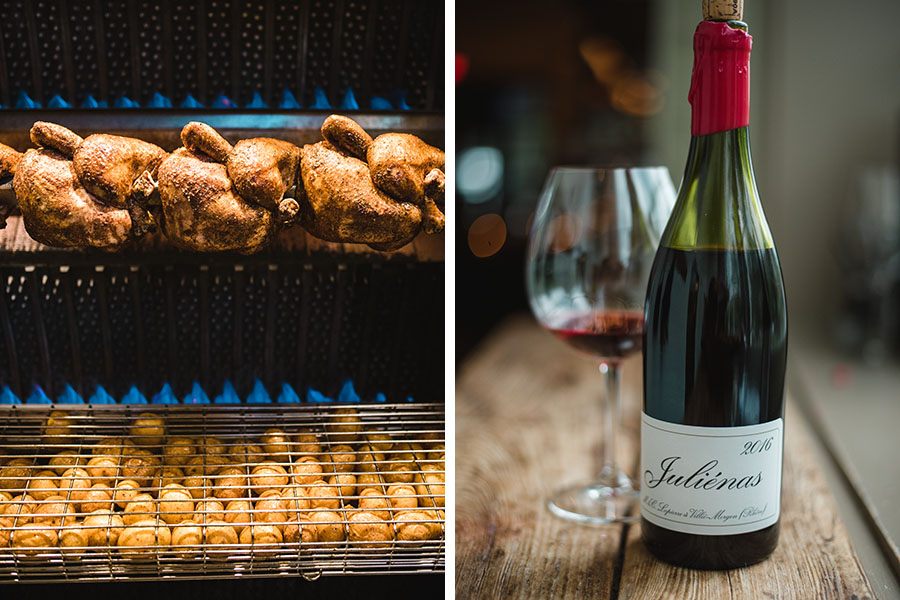 Andrew Holden is building a new nest, close to home. A longtime East Cambridge resident and partner at Boston’s Eastern Standard and Branch Line in Watertown, Holden is now bringing something new to his own neighborhood. Shy Bird will open later this year in Kendall Square, adding an all-day café, rotisserie restaurant, and lively wine bar to an area that’s growing more residential every day.

Shy Bird is taking a corner space at Third Street and Broadway, part of MIT-led renovations that will also bring a Brothers Marketplace to Kendall Square this summer, and 300 new residential units, among other changes.

“I spend so much time at Eastern Standard across the river, but it’s always fun at the end of the day coming back and calling [East Cambridge] home,” Holden says. The new restaurant is on “a really special corner [which] I think can continue to be an important part of the neighborhood as it continues to grow.”

Holden, who has lived in East Cambridge for more than a decade, also knows what the area needs. (He’s psyched about the grocery store.) Shy Bird will offer a stellar beverage program, from coffee to wine, beer, and cider, like sister restaurant Branch Line. As Boston Restaurant Talk reported, Holden sought an all-alcohol license for the Cambridge spot, so pending state approval Shy Bird will have a small selection of cocktails, too. The menu will span breakfast to late-night, as it does at Eastern Standard. Along with sincere hospitality from the Garrett Harker protégé, Holden is envisioning a similarly dynamic atmosphere at his newest spot.

“It will be warm, welcoming, and comfortable when the sun’s up and you’re having a cup of coffee at 7 a.m., and also a place you want to have a glass of wine at 10 o’clock at night,” he says.

Like the Watertown rotisserie, Shy Bird’s menu will center on the spit. Available for dining in (or outside on the patio) and takeout, there will be whole rotisserie chickens, pork shoulder, vegetables like celery root, cauliflower, potatoes, and more. “At Branch Line, we have ducks in there [sometimes],” Holden says. “It’s wild where the team has gone with the rotisserie.” Overall, the menu will read pretty straightforward—entrees, sandwiches, salads, soups, sweets—with flavors rooted in France, Italy, and Spain.

The wine list will comprise 40-50 bottles, plus options by the glass, and a small selection of craft beer, cider, and cocktails. Holden and his team are as obsessed with coffee as they are rotisserie cooking, so the espresso program will feature different roasting companies from around the country. At Branch Line, they’ve poured Rival Bros. from Philadelphia, Manzanita from San Diego, Brio Coffeeworks out of Burlington, Vt., and more.

“As much as we love the coffee we’re serving, the guests really love getting to learn a new roasters,” Holden says. “Especially for an area like Kendall Square which has such a busy workforce, it’s nice to have a neighborhood joint open all the time, where you can pop in and have a meeting, and have exceptionally sourced coffee.”

But it’s not just about the working crowd in Kendall Square anymore. Holden hopes Shy Bird will become a go-to for families, friends, and everyone else in his neighborhood. Construction begins imminently on the new Cambridge rotisserie, and Shy Bird could open by early summer.