Bambolina chef Tim Haigh is collaborating on new items like a Scotch egg, a sausage sandwich, and more. 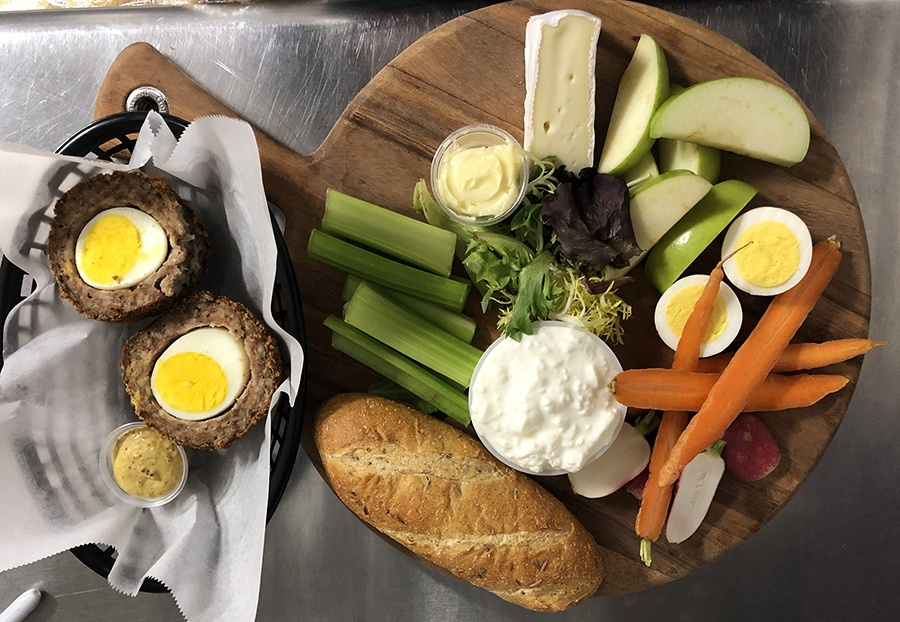 Scotch eggs, a cheese board, and more are now on the menu at Notch. / Photos provided by Notch

Hungry for a different kind of taproom experience? Notch officially launches a larger, tastier food menu this week in Salem. When it reopens for the week on Tuesday, Feb. 26, the taproom will be serving a menu of more substantial food offerings, created in conjunction with Bambolina chef Tim Haigh.

Since opening in 2016, the taproom has offered soft pretzels from A&J King Artisan Bakers, pickles, Landjäger sausage, tinned fish, and a few more easy-to-eat snacks. The new lineup includes all of that and then some, including a bratwurst sandwich, radishes with Vermont butter (a drinks-friendly treat in Salzburg), Scotch eggs, a New England Charcuterie board, and more options inspired by beer hall fare in the U.K., Czech Republic, and Germany. Check out the new menu below.

“It’s beer-culture types of food, and it’s a lot of shareable plates,” says Notch founder Chris Lohring, whose “American session beers” fill a unique niche in the craft beer marketplace with lagers and low-ABV ales that lend themselves to “notching” a few over the course of an afternoon or evening.

“We’re not operators of a restaurant, but after being in business for a couple years, we wanted to expand on the experience,” Lohring continues. “We’re seeing a lot of sameness with new taprooms opening, and we wanted to be sure we kept to our core in terms of how we want to present food and beverage. Everything we’re doing is really thoughtful in terms of quality.”

Notch has had a long working relationship with Haigh, whose wood-fired pizzeria is located right across the street from the brewery. Haigh has lent his culinary expertise to the taproom during past festivals and theme nights, and the collaboration will continue: The food menu is going to evolve seasonally, and will grow with specials during certain events, Lohring says.

Notch doesn’t have a full kitchen; the food will be prepared in Bambolina’s space, then brought over to the brewery where it will be finally prepped and served by the taproom staff. The new menu is available Tuesday-Sunday from when the taproom opens until about 8:30 p.m. (earlier on Sundays). 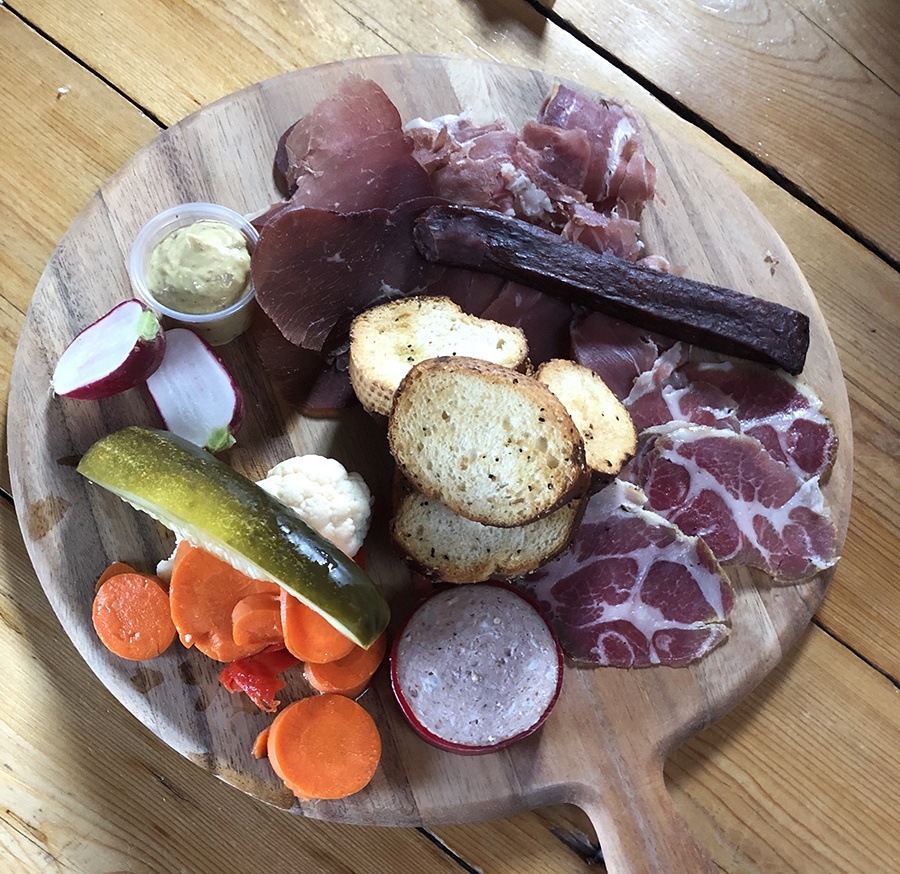 New England charcuterie and more is on the menu at Notch. / Photos provided by Notch