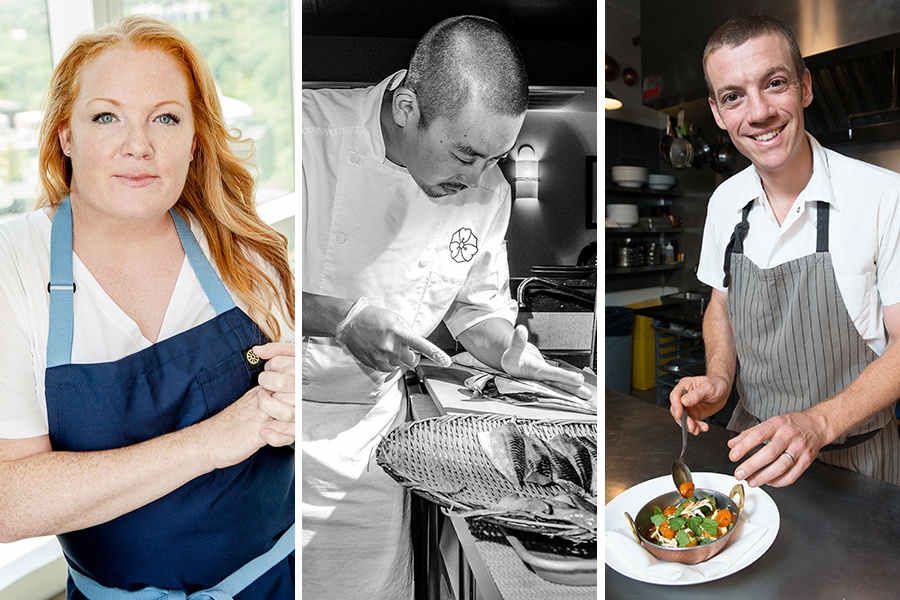 Chefs, restaurant teams, beverage pros, and more culinary talent is celebrating around the country today for being considered for the “Oscars of the Food World.” Ahead of the 29th annual James Beard Awards coming up this spring, the Beard foundation has named dozens of semifinalists in categories like Best New Restaurant, Outstanding Restaurant, and regional Best Chefs—including some familiar names from Boston, Maine, elsewhere in New England.

Among the local James Beard award nominees for 2019 are Outstanding Restaurant O Ya (our own No. 2 restaurant in Boston), and Portland, Maine, standby, Fore Street. Two restaurants listed among Boston magazine’s Best New Restaurants of 2018 are in contention for that JBF category: Celeste, Somerville’s Peruvian project born of a pop-up by chef JuanMa Calderón and general manager Maria Rondeau; and the Seaport’s Chickadee, from homegrown hospitality pros Ted Kilpatrick and chef John da Silva.

Mei Mei chef-owner Irene Li’s star is apparently still rising in the eyes of the JBF judges—she is nominated in that category again after several years in a row. Menton pastry chef Giselle Miller is also a Rising Star contender. Oleana chef Ana Sortun is New Engand’s only Outstanding Chef semifinalist this year.

Among some new names in 2019 are several Best Chef: Northeast contenders, including chef Carl Dooley, the affable Top Chef alum who helms the four-star Table at Season to Taste; David Vargas of Vida Cantina in Portsmouth, N.H.; and co-chefs Chad Conley and Greg Mitchell of the beloved Palace Diner in Biddeford, Maine. The venerable Tiffani Faison (who added Fool’s Errand to her Fenway restaurant group this year), Café Sushi star Seizi Imura, and more folks behind Boston’s best restaurants are also on the list.

On Wednesday, March 27, five final nominees will be announced in each category from Houston, by James Beard Award-winning chef Hugo Ortega. The annual awards gala is Monday, May 6, in Chicago, and will also feature awards for Restaurant Design categories, and special achievement awards like America’s Classics.

Best New Restaurant
A restaurant opened in 2018 that already demonstrates excellence in cuisine and hospitality, and that is likely to make a significant impact in years to come.

Outstanding Service
A restaurant in operation for five or more years that demonstrates consistency and exceptional thoughtfulness in hospitality and service.

Outstanding Wine, Spirits, or Beer Producer
A beer, wine, or spirits producer who demonstrates consistency and exceptional skill in his or her craft.

Best Chef: Northeast (New England and NY State)
Chefs who set high culinary standards and also demonstrate integrity and admirable leadership skills in their respective regions. A nominee may be from any kind of dining establishment but must have been working as a chef for at least five years, with the three most recent years spent in the region.