Serafina Will Debut a Back Bay Beer Garden In the Spring

The Italian restaurant will also open a roof deck-equipped location in Providence next year. 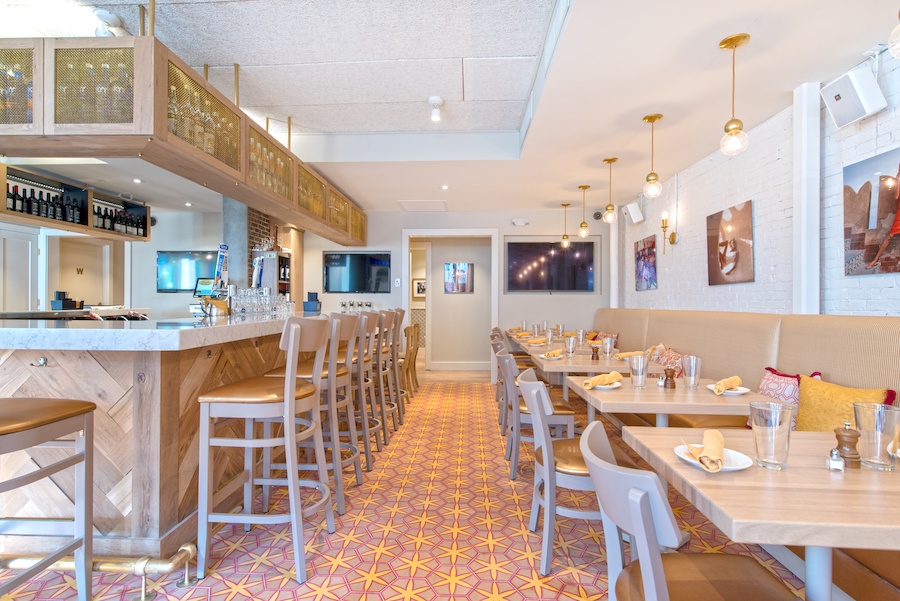 Come spring, the new Back Bay location of Serafina will boast a 60-seat patio with a “beer garden” vibe. / Photo provided

It’s hard to imagine when there’s a snowstorm on the way, but spring will be here soon–along with a new patio for sipping birra after a day of shopping on Newbury Street. Italian restaurant Serafina will bring a “beer garden” approach to its just-opened Back Bay location, according to Seth Greenberg, the hospitality kingpin who first imported the NYC-founded brand to Boston’s Financial District in 2015.

Need more al fresco options? Greenberg isn’t done expanding the Serafina name. Next year he plans to open another location at an upcoming boutique hotel in Providence, Rhode Island; this one will have a roof deck. Cin cin!

Greenberg says he has wanted to bring Serafina to Newbury Street for years. He’s tight with the restaurant’s Italian-born founders, who “always said Serafina belongs on Newbury Street,” according to Greenberg. Though the downtown opportunity presented itself first, Serafina’s slimmed down footprint on Newbury feels like a fit for the fashionable shopping street. “It’s something a little more casual [than the Financial District location],” Greenberg says. With only about 3,000 square feet (compared to 13,000 downtown), the new location emphasizes pizzas and pastas, plus Back Bay-specific specials—including veggie-oriented plates like quinoa and mushroom tortino, and an artichoke and avocado tartare. 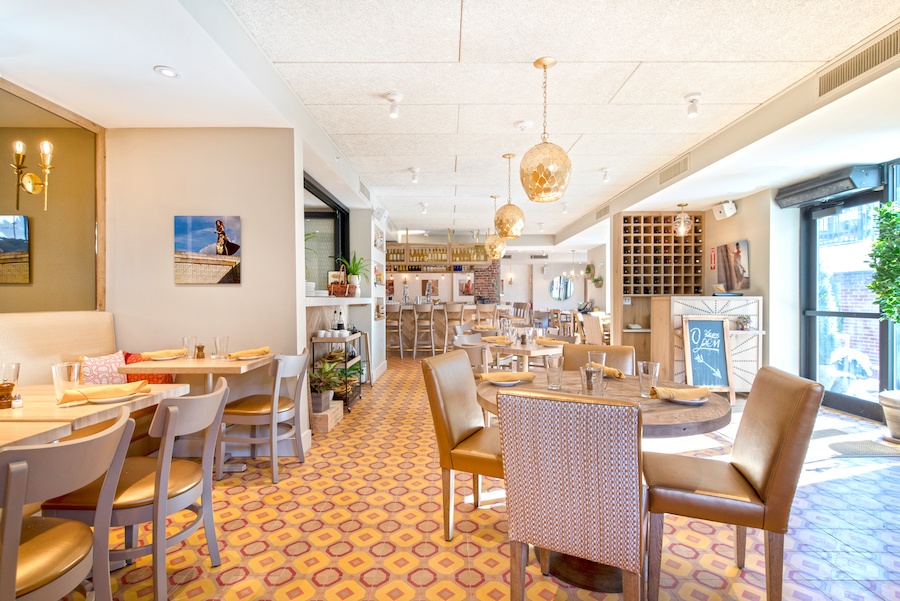 The dining room at newly-opened Serafina in Back Bay. / Photo provided

When the weather warms, the outdoor space will seat about 60, Greenberg says. It will consistent entirely of communal tables, where guests can gather for a selection of beer, wine, pitchers of sangria, and cordial-based cocktails.

Greenberg is also taking the restaurant to Rhode Island, where he plans to open a location at the Hotel Beatrice, an upcoming 48-room property that is taking over downtown Providence’s historic 1887 Exchange Building. This outpost of Serafina will be closer in size to the Back Bay location, at about 4500 square feet, Greenberg says. Though the main dining room will be housed on the ground level, it will also boast a fifth-floor roof deck.

As for future locations in Boston proper? Don’t plan on it, Greenberg says. But he’s mulling possibilities for outposts in the suburbs, looking into a hotel-related project in the Seaport, and exploring another potential beer garden near North Station. Greenberg, who built his name opening nightclubs like the late, lavish M-80 and restaurants like Mistral, says the beer garden format is something he’s particularly excited to explore.

“Millennials are actually going out more often than we did at their age,” Greenberg says. “It’s just that their dining habits are more casual. Beer gardens are the kind of spaces they are gravitating towards.”