Blackbird Doughnuts Has Landed in Brighton

From the perch of a new production kitchen, the local bakery is hatching plans for the suburbs and beyond. 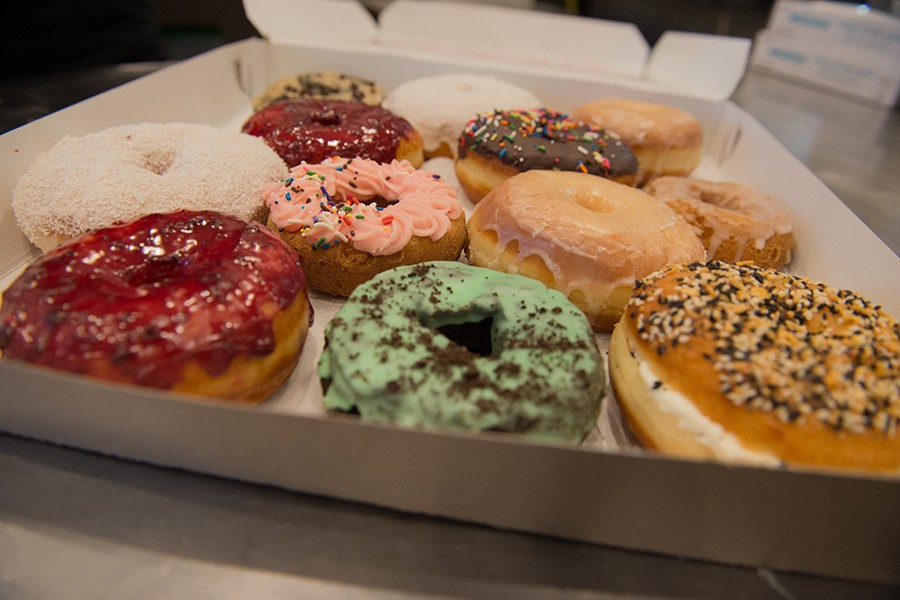 It’s time to make the doughnuts—and the doughnut cakes, the ice cream-doughnut sandwiches, and the cream-cheese filled bismarcks. Blackbird Doughnuts opens its fourth location in Brighton on Thursday, March 7. The storefront is attached to the bakery’s gigantic, new production kitchen, which is designed to help the doughnut maker expand its brand into the suburbs–and free up space for something new to take flight at the original shop in the South End.

“I built this space to anticipate our future,” says owner Rebecca Roth Gullo. “Not necessarily for today, but I wanted to do something to accommodate the growth Blackbird will be doing over the next three to five years.”

Blackbird is “actively in the process” of finalizing three new lease agreements, Gullo says. Expect at least one additional new doughnut shop in 2019, and more in 2020, she says. She won’t say where just yet, but Blackbird is “definitely [headed for] the suburbs,” Gullo says. The company also recently became a licensed wholesale distributor, which opens the door to have its doughnuts sold by other companies (such as Whole Foods, hypothetically).

The sprawling Brighton location will certainly help the brand spread its wings. It is about 5,600 square feet, with most all of that dedicated to production; it’s nearly eight times the size of their original kitchen, which debuted in 2015 on Tremont Street in the South End. From there, the company grew into small storefronts in the Fenway and the Harvard University Smith Campus Center—quickly outgrowing its original ~700-square foot kitchen.

But that doesn’t mean Blackbird is leaving the South End behind. Quite the opposite, in fact.

“We have something very cool coming to Tremont Street,” Gullo says. “The store is staying [as it is], and we are going to do an extension of the Blackbird brand in the former kitchen space. You will see what’s coming next from Blackbird,” she says. She won’t share more details about what that entails just yet, but it’s not just extra seating, she says. Stay tuned for more on the next phase of the South End Blackbird.

In the meantime, it’s business as usual at all four stores. You can still find signature treats like a Boston cream bismarck (it’s even Adele’s favorite), a speckled vanilla bean old-fashioned, and chocolatey cake doughnuts with bright fruity glazes. The South End and Harvard Square locations have soft-serve ice cream machines for cups and cones, while all the other locations offer a daily selection of ice cream-doughnut sandwiches.

Like the Fenway location, the new Brighton shop also carries “ice cream ice cubes,” which can turn any cup of coffee into a modern sort of affogato. On the catering side of operations, Blackbird sells custom doughnut cakes; and it also produces “blanks”—or plain doughnuts—for sister restaurants Banyan Bar + Refuge and the Gallows, which both offer exclusive doughnut flavors on their weekend brunch menus. All of these products will now be made in Brighton.

The Brighton shop is now open daily from 7 a.m.-4 p.m. They’ll stick with that schedule for the first month or so while finding out if those hours work for the neighborhood, Gullo adds. The giant new space comes with ample parking, and tons of potential—don’t be surprised if the doughnut-makers invite you to a ping pong tournament this summer, for example. “We have this huge garage bay where our trucks come in, behind the kitchen, and we bought this tournament-style ping pong table,” Gullo says, laughing. “We think guests are going to love it.” 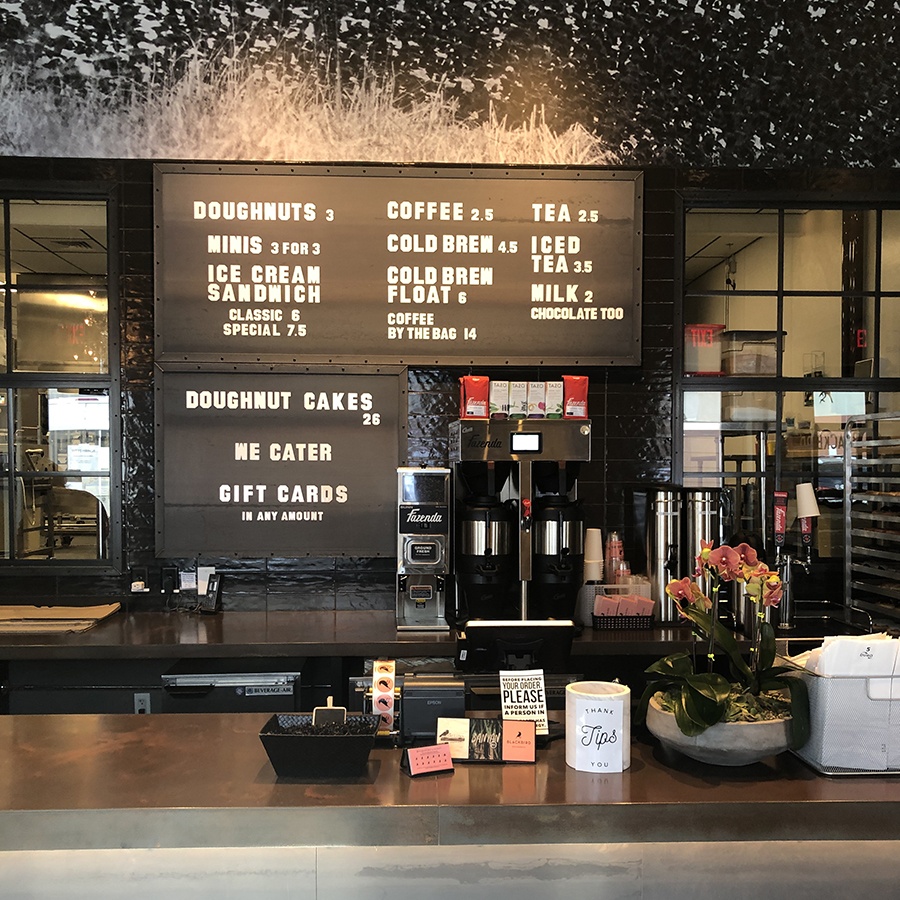