Drink This Now: An Irish Whiskey with Local Flavor 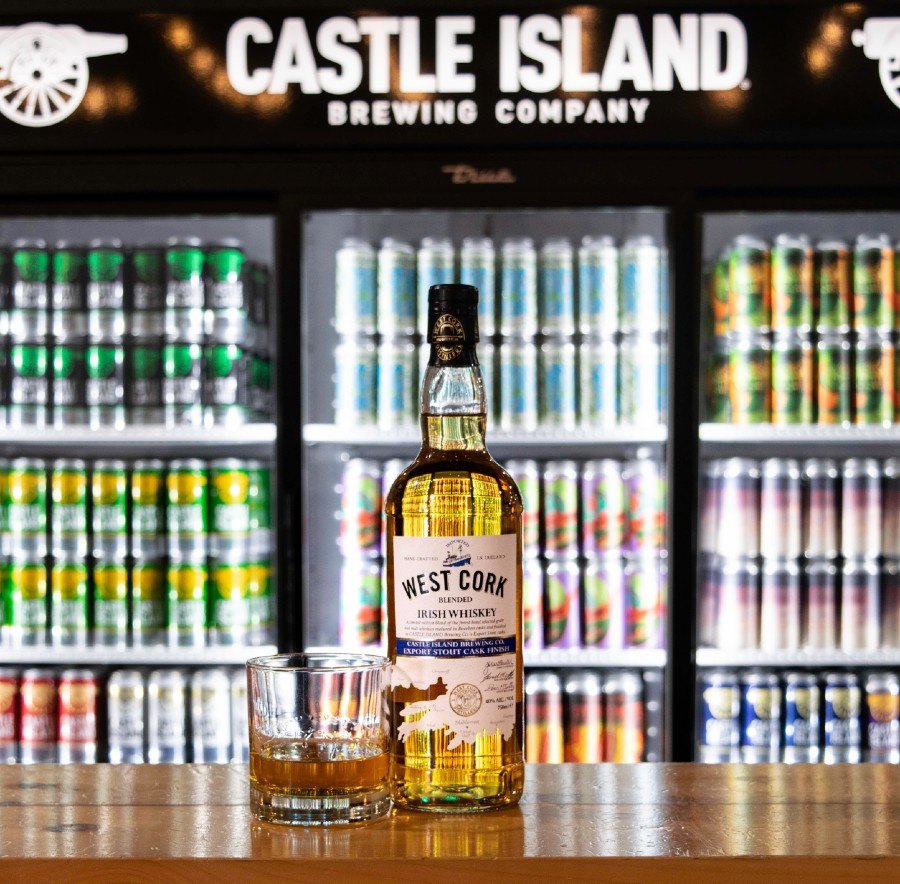 Though it’s hard to choose between local beer and Irish whiskey on St. Patrick’s Day in Boston, to make Monday morning a little bit easier after the holiday this year, we’d advise sticking to just one type of booze. Not to be a buzz kill, but that old saying, “whiskey before beer, in the clear” is just that—a saying. As luck would have it, though, the latest, limited import from West Cork Distillers has a spirited local connection: The Irish whiskey rested in the same barrels that once aged Castle Island Brewing Co.’s Irish export-style stout in Norwood.

The distribution company, also based in Norwood, approached Castle Island about the opportunity back in 2017. “We couldn’t say yes fast enough,” Romanow says.

Soon after, West Cork founder and master distiller John O’Connell flew out to the brewery and helped Romanow brew Greetings From Skibb, an Irish-style export stout. West Cork then shipped over eight oak barrels that had previously held bourbon. The Castle Island team poured in the entire batch of Skibb and let it rest in the barrels for about six months. That beer was packaged into cans—and a few were sent back to West Cork. “Since this was the first collaboration of this nature for them, it was a truly special experience,” LeRoy says.

Back home, the West Cork project “kicked off this whole other way of treating beer that we really had little to no experience with,” Romanow says. “With all that knowledge, we wanted to put it to use.” So Castle Island aged its second-anniversary stout; that’s now a tradition. The brewery has also made a chardonnay-barrel saison aged on rose petals; an apple brandy barrel-aged barleywine; and is about to release at the taproom its Sweet Brown ale aged in maple syrup barrels.

From that first barrel-aging adventure, the 8.4-percent export stout got a lot of vanilla flavor, oaky char, tobacco, and stone fruit notes. “More than anything, we loved the way it smoothed out the beer and mellowed out the alcohol” flavor, Romanow says.

It’s a similar experience sipping the cask-finished whiskey. After packaging Greetings From Skibb, Castle Island sent the barrels back to Cork County. The blended Irish whiskey rested in the vessels for another several months, and the resulting spirit has definite beer nuances: Aromas of chocolate, hazelnut, vanilla and toffee, and flavors of malt, chocolate, marzipan, and vanilla, with green fruit and a sweet, floral and fruity malt finish. It’s super smooth, and Romanow prefers to sip it neat.

The Castle Island Export Stout Cask Finish Whiskey ($29.99) is a limited run, and is available exclusively on liquor store shelves around Greater Boston.