The casino resort restaurant promises exclusive cuts, including the only (real) Kobe beef in New England. 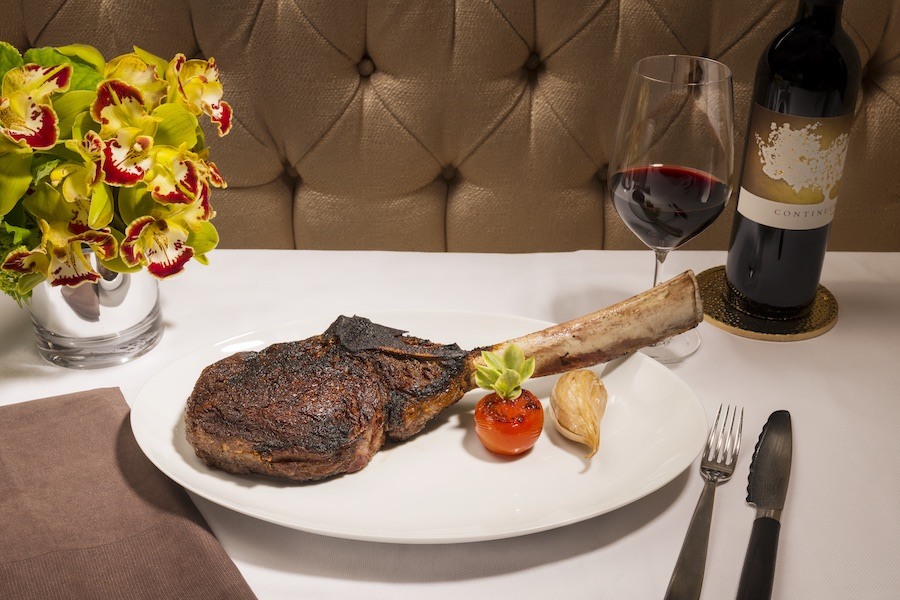 If you think you’ve been dining on famed Kobe beef in Boston–well, we wouldn’t bet on it. According to the Kobe Beef Marketing and Distribution Promotion Association, New England currently has no certified authentic end-users of the rare, highly-prized meat, renowned for its flavor and texture. That’s about to change. When Encore Boston Harbor opens in Everett in June, the casino resort’s 15 dining and lounge properties will include Rare Steakhouse, a waterfront destination for chops that will serve Kobe alongside other unique—and yes, rare—cuts.

Also armed with an extensive selection of local seafood and hard-to-find bourbons, Rare Steakhouse will bring Boston some of the same Sin City-style glitz that characterizes its cousin, SW Steakhouse at the Wynn Las Vegas. But it’s “not going to be a cut and paste job,” says Warren Richards, Encore’s executive director of food and beverage. This chophouse is aiming to be high-end yet approachable, gunning more for “local favorite” than “imported hotspot” status. “We want people to relate to the restaurant; we don’t want it to feel like an alien that landed here,” says Richards, who came to Boston from the Wynn and Encore Las Vegas.

“There are all these restaurants that have been Boston-area institutions for a long time, from the Kowloon to Abe & Louie’s,” Richards says. “People spend their entire lives having birthday parties there, graduation parties, anniversaries. They’re restaurants that belong to the people. That’s what we want Rare to become.”

The restaurant’s menu will highlight some distinctive steaks–including rare Ideue beef, known for its luscious marbling, from cows raised in Kagoshima, Japan. You’ll also find Sanuki Olive Beef, which is available at only a few restaurants in North America. It receives its umami-heavy flavor profile from olive-fed cows raised in Kagawa, Japan.

As for that famous Kobe? Although references to Kobe beef are largely unregulated in America, there is a strict definition. Kobe is the most acclaimed variety of Wagyu beef, which more generally refers to the four breeds of Japanese cattle; in order to be certified authentic Kobe, the beef must come from an even more specific strain (Tajima) of the Japanese Black cattle breed, and must be born, raised, and slaughtered entirely within the Hyōgo Prefecture of Japan. (All Champagne is sparkling wine, but not all sparkling wine is Champagne; similarly, all Kobe is Wagyu, but not all Wagyu is Kobe. Capiche?)

When it opens, Rare Steakhouse will join the surprisingly short list of American restaurants that receive credentialed Kobe. The restaurant will also work with American-raised beef, including special cuts from New Jersey’s famed Pat LaFreida Meat Purveyors, and have its own dry-aging process on-site. 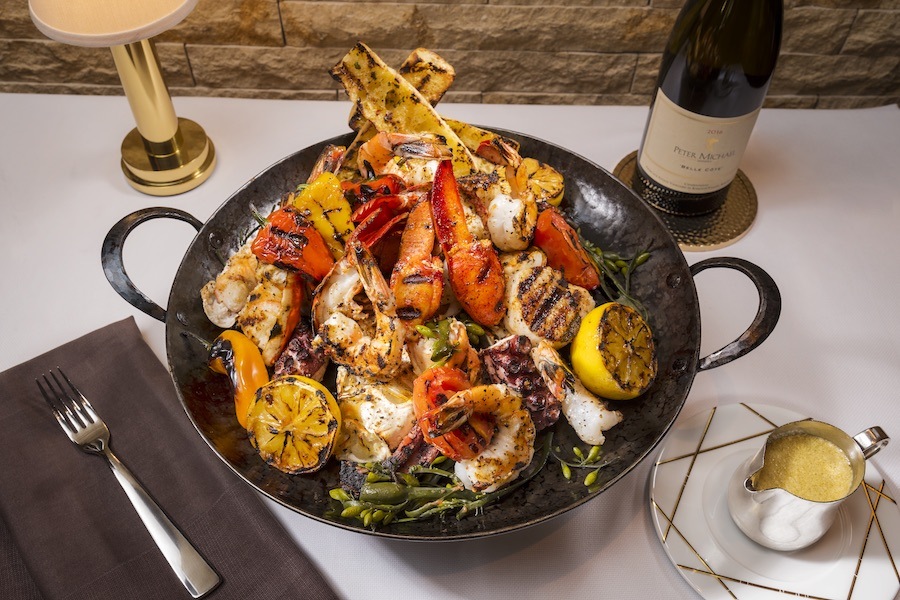 Richards says that local-caught seafood will also be heavily represented on Rare’s menu. “When it comes to seafood, in Vegas nothing is local; it all has to arrive by plane, train or 18-wheeler,” Richards says. “Here, we can feature local fish as it comes right to port.” Expect traditional preparations alongside “playful but upscale surprises.”

Another surprise: The dining room itself will eschew the dark woods and deep, broody colors associated with steakhouses in favor of a lighter, brighter approach. The 8,000-square-foot space is shaped “like a baseball diamond,” Richards says, with floor-to-ceiling windows that will offer some natural light–plus views of the Harborwalk and spacious seasonal patio. The interior will feature lots of white marble, soothing cream tones, and other “rich, glowing” colors. Rare will seat over 300 guests between its dining room and patio.

Richards is also a certified sommelier, and says that Rare will focus more on curating a selection of both premium and accessible wines (“bottles people can drink, not just fantasize about”) than simply building a lengthy list. On the spirits front, besides spotlighting a strong Scotch selection, Richards teases some “cool collaborations” with New England distillers.

Localizing the sensibility of Rare Steakhouse was important, Richards says. Although Encore Boston Harbor will receive an outpost of Sinatra, an acclaimed Italian restaurant in Encore at the Wynn Las Vegas, other announced restaurants are distinct to Boston: including Fratelli, a casual Italian option from North End restaurateurs Frank DePasquale and Nick Varano; and Mystique, an Asian-fusion restaurant from Boston-based Big Night Entertainment Group. Big Night, whose local portfolio includes Red Lantern in the Back Bay, will also open a nightclub named Memoire at Encore Boston Harbor.

Rare Steakhouse now joins the list. “We really want it to resonate with the local market,” Richards says. “And we’re built to evolve and change. We’re going to listen to the guests, once they walk in the door.”