Check out the traveler-friendly menus, including breakfast bao and cocktails. 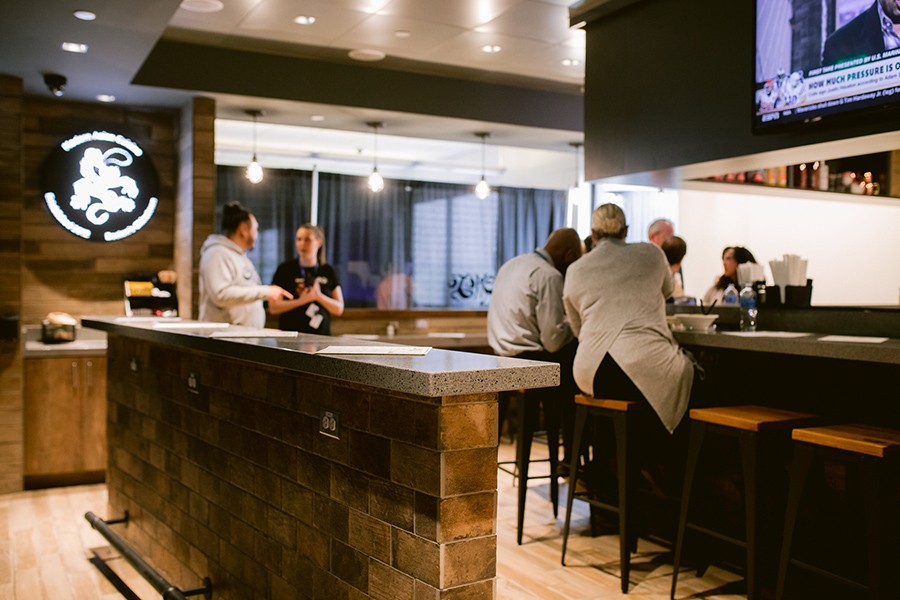 As the first restaurant outside of Chinatown for the group that also owns BLR and Ruckus, owner Brian Moy hopes the airport outpost is not only welcomed by students and international travelers who are familiar with the original Shōjō, but also that it brings new diners to his hometown neighborhood, Moy says.

Chef Stark created brand-new breakfast items for early-morning travelers, including an all-day congee menu. There are also grab-and-go options, like edamame hummus with vegetable sticks; and chicken or tofu banh mi-style sandwiches. Stark streamlined the appetizers and entrees down to some of Shōjō’s best-known menu items, “while also being thoughtful about which dishes would hold up if you brought them on a three-hour flight.”

Shōjō Group beverage director Mike Patterson has stocked the airport bar with a few wines and beers, plus a robust selection of Japanese whiskeys and more to make a lineup of inventive cocktails. That includes breakfast-worthy drinks, like a smoked bloody Mary, and a Sriracha Mary made with a super-hot chili-garlic mix and Ketel One vodka.

The small space is complete with its own, custom mural in Shōjō’s street art style, and a 15-seat bar. An additional eight seats overlook Gate C19 so JetBlue travelers can keep an eye on their departures. Beginning this Saturday, March 23, Shōjō is open seven days a week at Logan Airport from 5 a.m. until 30 minutes before the last departure.

The new restaurant is part of MarketPlace Logan, a concession program development aimed at bringing more Boston flavor to the airport. An outpost of the Boston Public Market, locations of Jody Adams’s Trade, Michael Schlow’s Tico, and more local restaurants are also slated to open at Logan this spring; stay tuned for more updates. In the meantime, start planning your next vacation. 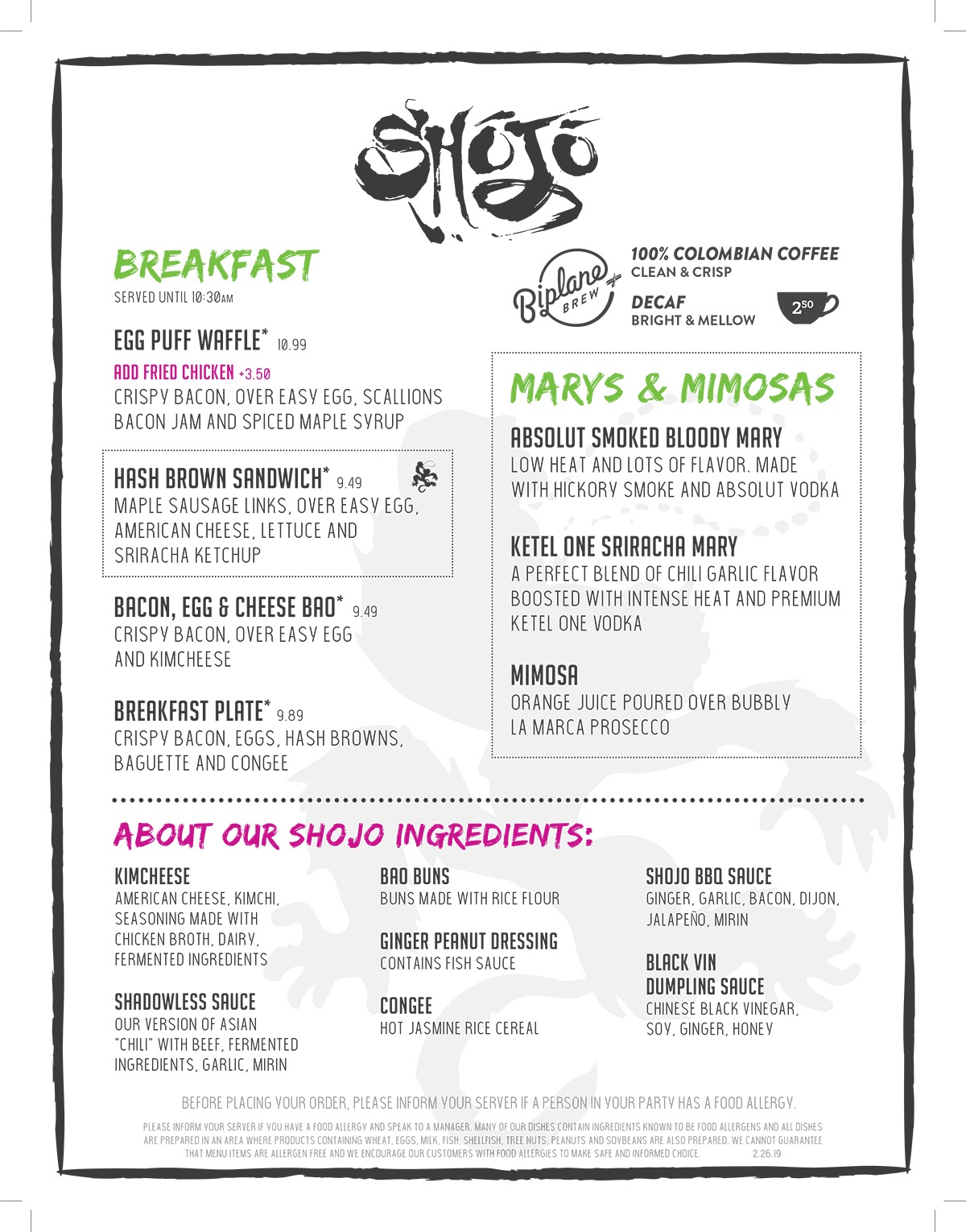 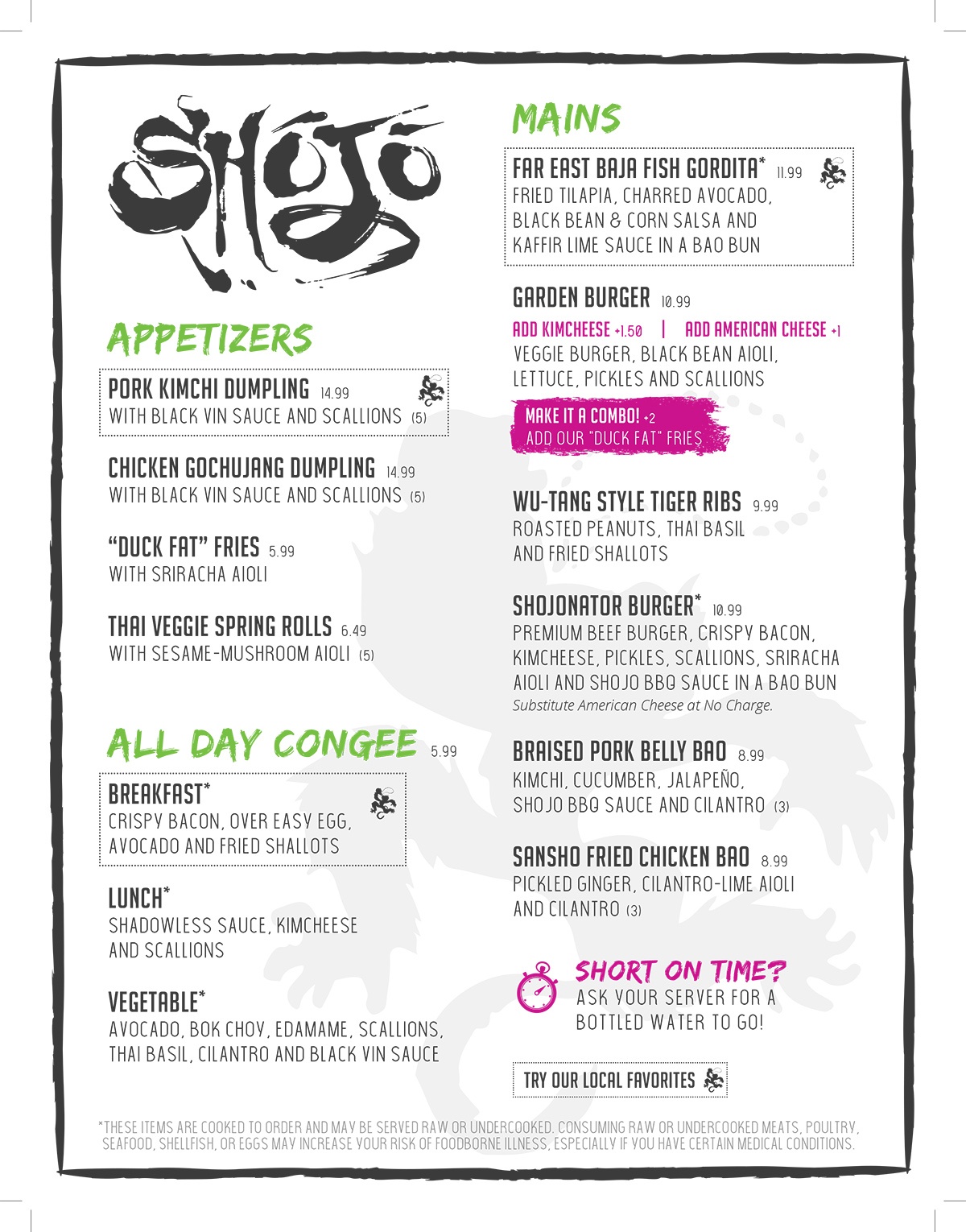 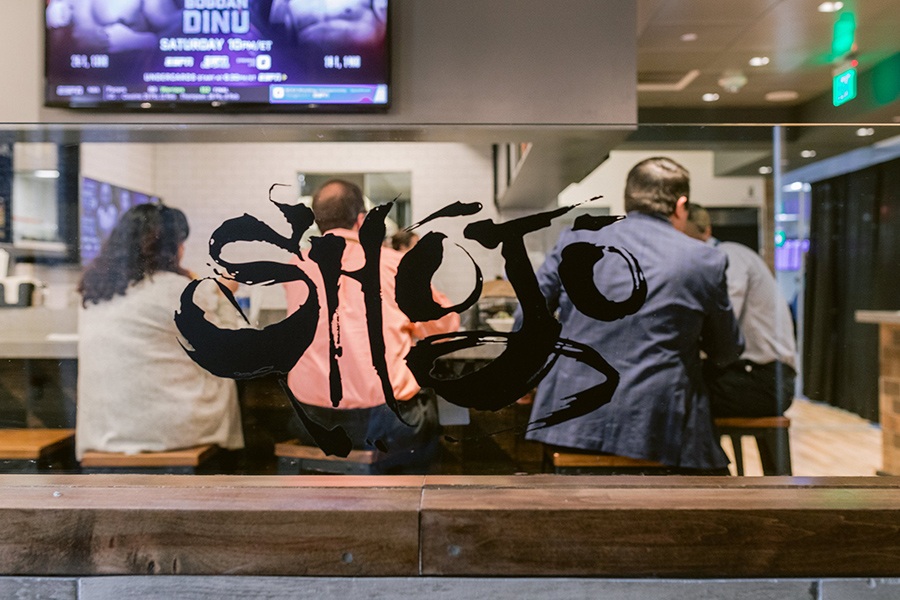 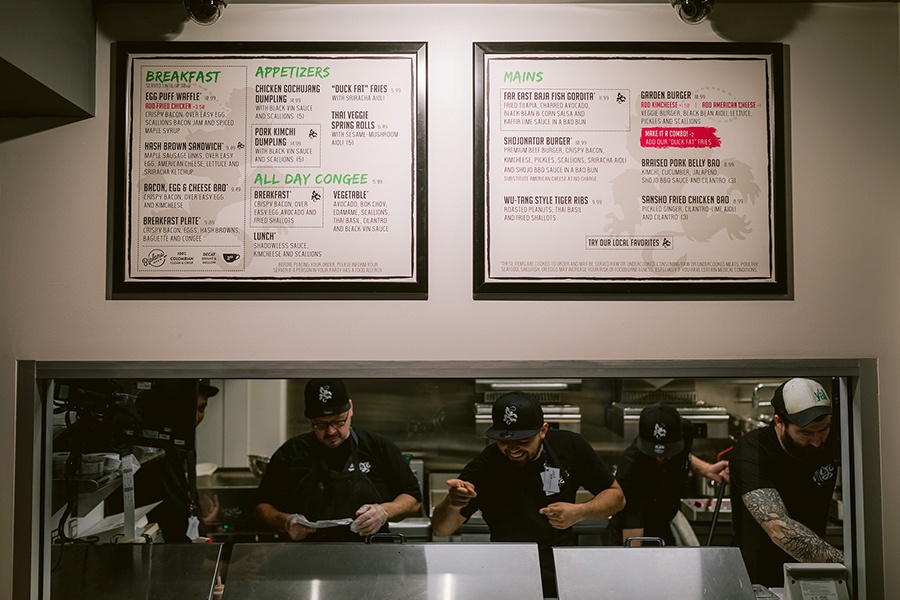 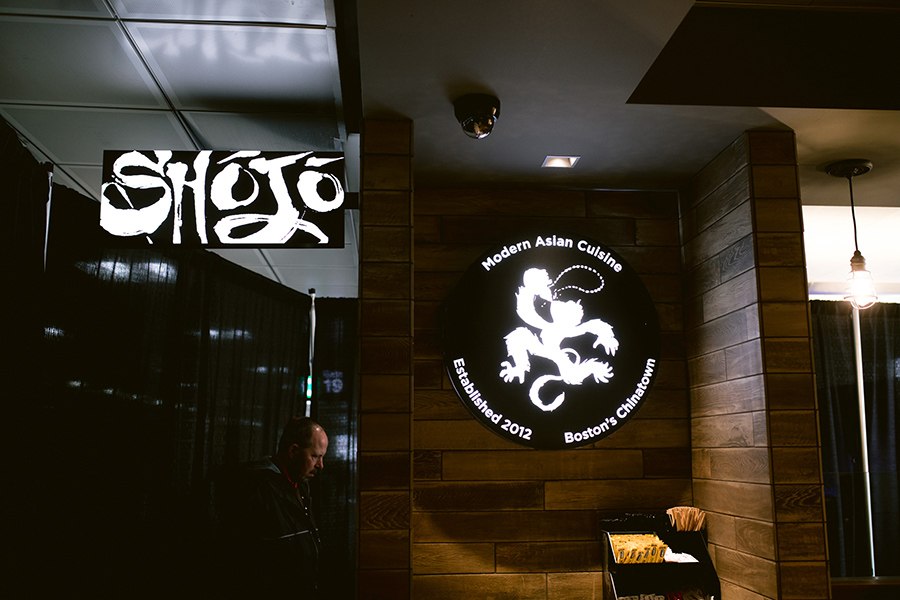