Boston, Providence, and Portland are home to new nominees for the prestigious culinary awards. 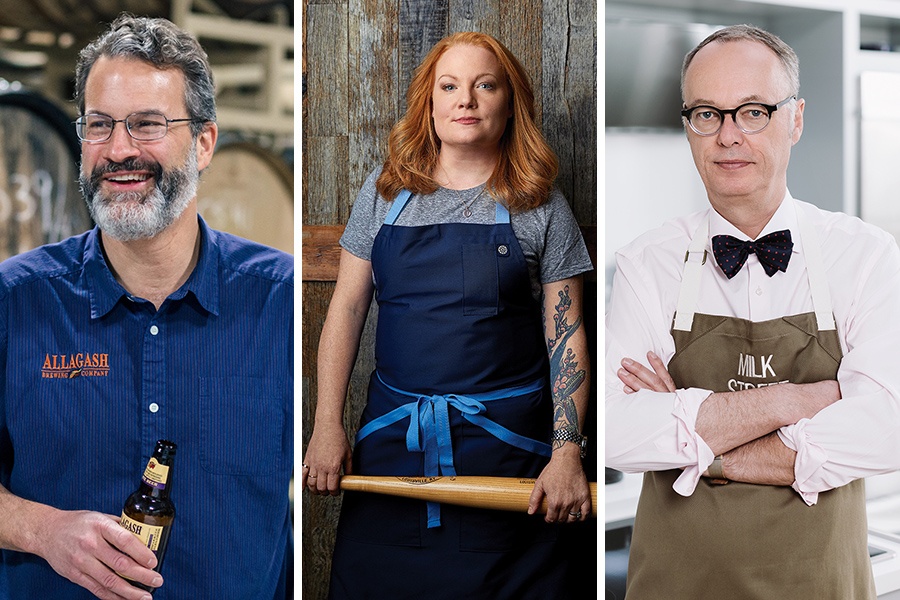 The Tiger Mama herself, the creator of Allagash White, and Boston’s best-known, bow-tied cooking show host are all among this year’s most high-profile culinary award nominees. Over breakfast in Houston this morning, the James Beard Foundation live-tweeted the names of the 2019 finalists for its chef, restaurant, and food media awards. Among the New England locals are Best Chef: Northeast finalists from Boston, Somerville, and Rhode Island; nominees for outstanding restauranteur, baker, and beer producer; and cookbook producers.

The year that Allagash Brewing Co. blessed the world with cans of its flagship Belgian-style White beer, founder Rob Tod is up for the award for Outstanding Beer Producer.

The second cookbook published by Christopher Kimball’s downtown Boston kitchen, Milk Street: Tuesday Nights, is up for general excellence among this year’s book awards. In the category for books on Health and Special Diets, Kimball’s alma mater, Seaport-based America’s Test Kitchen, is up for an award for The Complete Diabetes Cookbook.

Though 2019 isn’t Outstanding Chef semifinalist Ana Sortun’s year to win, the Oleana, Sarma, and Sofra chef-owner is proud of Piuma, and her colleague, Maura Kilpatrick, for again earning an Outstanding Baker nomination this year.

Ken Oringer of Boston’s Toro, Uni, and Coppa; Cambridge’s Little Donkey; and more spots around the world is up for Outstanding Restaurateur. Despite some exciting semifinalist contenders, New England ultimately has no nominees for Best New Restaurant nor Outstanding Restaurant this year. Another disappointment: Not hearing Irene Li’s name announced as a Rising Star Chef. The Mei Mei cofounder has been a semifinalist in that category since 2015, but has never won.

The Media Awards take place Friday, April 26, in New York City. The annual James Beard Foundation Awards Gala honoring chefs and restaurants is Monday, May 6, at the Lyric Opera of Chicago. Check out the full list of nominees online.