Imperial Peking duck and Sampan-style king crab await at the regal restaurant, which has locations in Las Vegas and Macau. 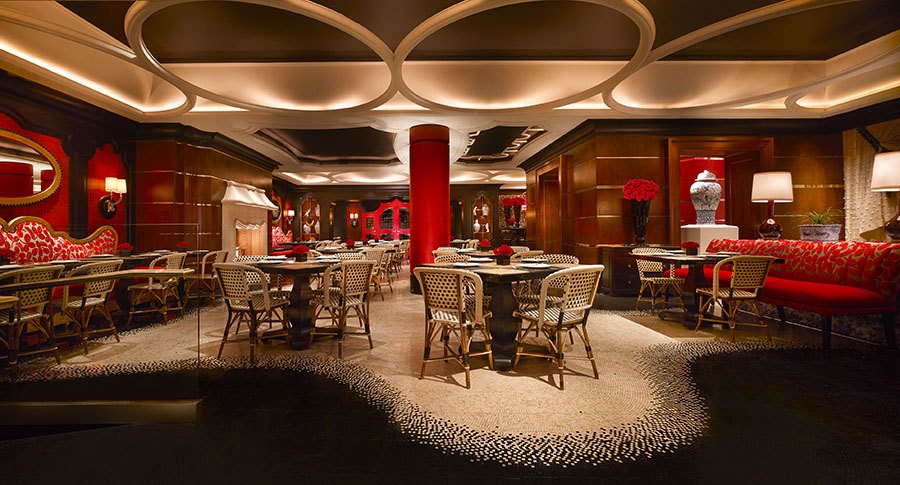 Red 8, an upscale Chinese restaurant at Wynn Casino in Las Vegas, is opeing a location at Encore Boston Harbor. / Photo by Barbara Kraft

You’ll be seeing red at Encore Boston Harbor: Red 8, an upscale Chinese restaurant with a location at Wynn Resorts in Las Vegas, is headed for the company’s destination casino set to open in Everett early this summer.

Executive chef Ivan Yuen will be serving up dishes featuring the flavors of Shanghai, Sichuan, Singapore, and Malaysia, in addition to some classic dishes from Cantonese cuisine, including dim sum. Expect specialties like steamed Shanghainese pork soup dumplings (xiao long bao); an imperial Peking duck prepared in a wood-fired oven; and Sampan-style king crab, paired with Yangzhou fried rice and hand-pulled dan dan noodles. Yuen started his culinary career in Hong Kong and Shenzhen, China, before taking on the role of chef de cuisine at Shanghai Terrace, a highly rated and award-winning spot in Chicago.

“There is truly something for everyone at Red 8, where the exotic is offered alongside the familiar,” said Warren Richards, Encore Boston’s executive director of food and beverage, in today’s announcement.

Along with Rare Steakhouse, an upscale chop-shop with waterfront views; Fratelli, serving up North End Italian fare; Sinatra, a Forbes Travel Guide Award-winning Italian restaurant from Wynn Holdings; and an Asian-fusion sushi restaurant and a nightclub from Boston’s Big Night Entertainment Group, Red 8 will be among 15 new dining options at the $2.6 billion Everett resort. This will be the fourth location of Red 8, following sister properties in Macau and Las Vegas.

Named for a color and number traditionally considered lucky in Chinese culture, Red 8 will be situated on the south gaming floor of the 210,000-square-foot casino—in close proximity to the slot machines and tables. Incorporating its signature color into the space by way of red crocodile walls and railings, Red 8’s expanse oozes luxury and luck.

The space will also feature mahogany and brass decor accents, marble floors, and coved ceilings in its main dining room. Two private dining rooms at the property will be decked out with alabaster urns and sparkling Venetian rubino glass chandeliers, plus Lazy Susans on massive, round tables for optimal plate-sharing.

The ornately adorned establishment is set to open in late June 2019, as a part of the grand opening of Encore Boston Harbor.