Here's a behind-the-barrel look at a Springdale sour beer made with sweet and earthy roots. 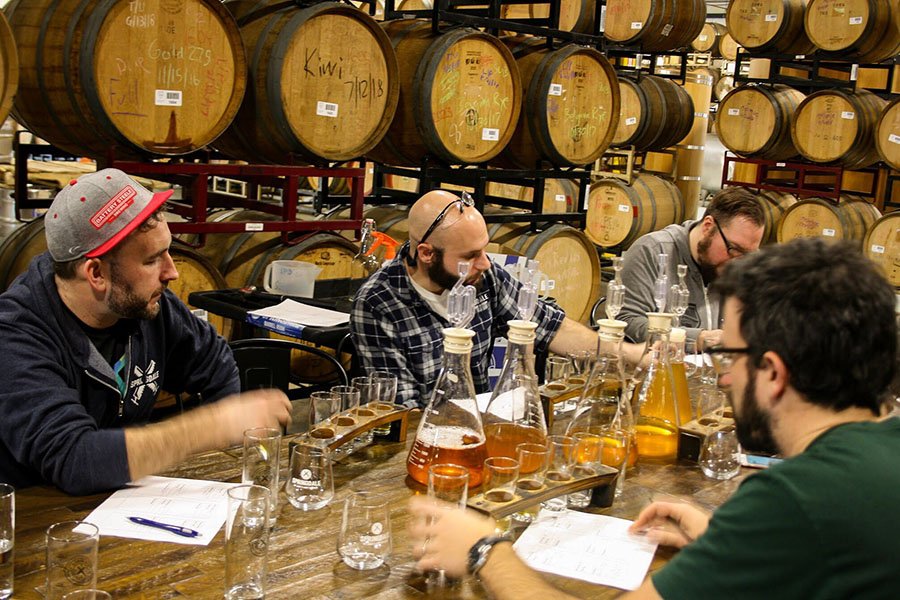 Casey Furtaw loves beer—his job title is actually “beer enthusiast” at Harvard Square’s Beat Brew Hall, though he’s the general manager, too—but beginning tonight, he’ll be pouring what might be the most unique beer ever for the restaurant-industry veteran. It’s called Casey’s Beet Beer, a sour beer by Springdale Barrel Room, and Furtaw was involved in every step of the custom-blending process. Members of the Springdale crew will be at Beat Brew Hall tonight to share the first bottles of Casey’s Beet Beer, and there will also be limited availability at Beat’s sister spot, the Beehive in the South End.

Though Springdale launched just a couple of years ago as a home for sours, ales, and other niche styles by the Jack’s Abby crew, Furtaw has long known members of its team. So when he took over Beat Brew Hall (formerly Beat Brasserie) this past fall, it felt natural for the restaurant to partner with Springdale on a “Beta Blend” release. Springdale’s Beta Blend beers represent a series of culinary collaborations that give restaurants something exclusive and interesting to offer on draft, at a time when bars are competing for the dollars of drinkers who always seeking for the coolest, next beer. (Bronwyn restaurant, Craigie on Main, and Kirkland Tap & Trotter have also worked with Springdale on Beta Blend collabs.)

The process also provides real value for Springdale, says general manager Joe Connolly. “We’re putting [our collaborating restaurants] to work: their palates, what they’re interested in. We’ll execute this [beer], based on what you guys want,” he says. It was Furtaw’s idea to make a sour beer with beets, an ingredient Springdale had never considered using. Maybe it will catch on? “Understanding the guest experience at Beat Brew Hall helps us understand our hospitality here, and it helps us create beers that make sense for not just your place,” Connolly says, talking to Furtaw, “but other places too.”

Springdale has used any number of other fruits, herbs, and aromatics, though. Making a barrel-aged sour with added fruit begins with a base blend of beer, which needs to complement the predicted flavors the fruit will add, says barrel room production director Greg Remillard. In the case of local, candy-striped Chioggia beets, Remillard expected those flavors to be earthy—and acidic. Adding a sugar to a barrel-aging beer reignites the fermentation process, he explains, and yeast feeds on sweetness, leaving acidity behind. 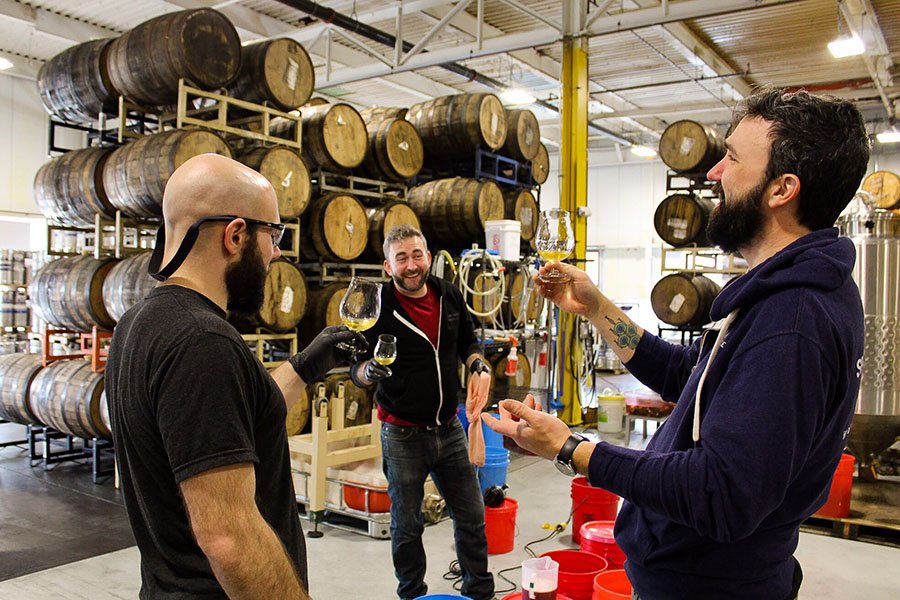 On a Friday in November, Furtaw, Remillard, Connolly, Springdale taproom manager Matt Cameron, and other members of the two beer hall teams met up in Framingham to taste five barrels—two foeder-aged golden beers, two foeder-aged pales, and a gold lager. None was too sour on its own, as the final blend needed to take on the acidity Remillard expected the beets to bring to the beer. After several palate-clensing Brewer’s Crackers, and an hour-long tasting session that yielded a word cloud full of flavor descriptors like “chamomile tea,” “sawdust,” “funk,” “floral,” “green pepper,” and “popcorn,” the tasting team had narrowed down the Casey’s Beet Beer base blend. They filled three ex-wine barrels (≈10-11 brewers’ barrels), and waited.

In January, Furtaw returned to the Springdale Barrel Room to add in beet juice made from roasted, blended roots from Volante Farms in Needham. Working with Remillard, he started with just a splash, and in the end it only required a small percentage of the overall volume to color Casey’s Beet Beer lightly pink, and bring forward a “heavily developed acidity,” Connolly says.

“It smells earthy like beets in a nice, savory way, but the [flavor] is bright and citric,” he says.

With Furtaw’s help, the Springdale crew packaged the three wine barrels of Casey’s Beet Beer, including in a few large-format bottles for tonight’s launch party at Beat Brew Hall. It will also be on draft there tonight, along with several special kegs from Springdale; and beet-centric specials by chef Colton Coburn-Wood, who recently joined the Harvard Square kitchen. To complement the beet beer, Coburn-Wood is making beet pierogis with smoked sausage, smoked gouda, golden beet and potato filling, and a dill-pine nut sauce; and bratwurst on pretzel rolls with pickled onion, beet and kraut slaw, and beer mustard mayo.

After the initial launch, Casey’s Beet Beer will be around for a a few months at Beat Beer Hall and the Beehive in the South End. Springdale also kept a very limited draft supply, and will tap it at the barrel room sometime in the future, Connolly says.

For a beer enthusiast like Furtaw, having his name on a beer is an experience that can’t be beat. 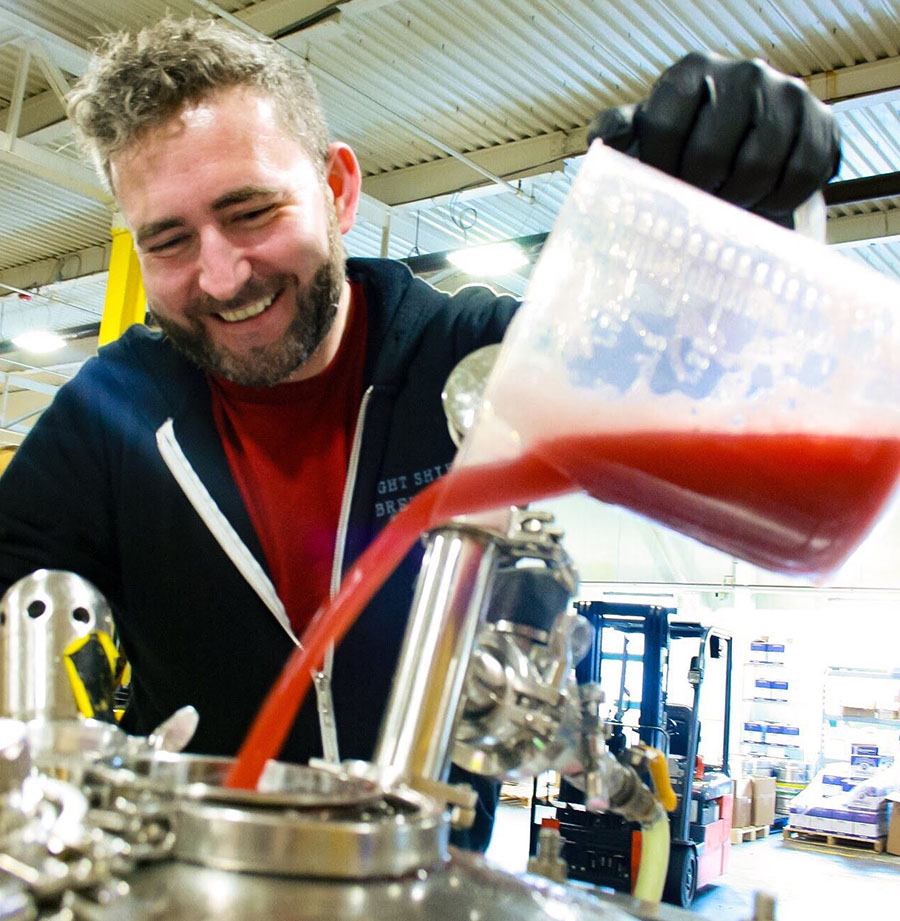 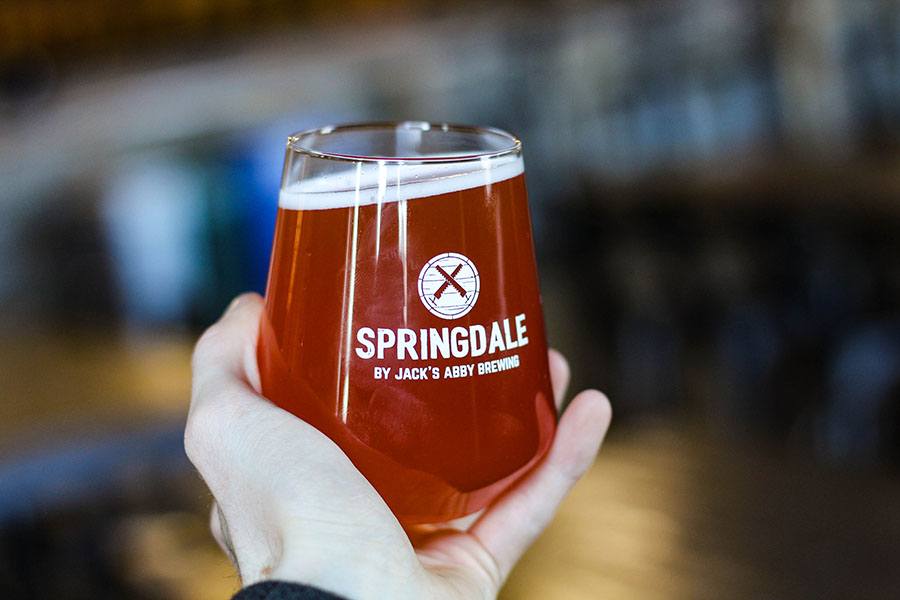