David Punch’s Buttonwood Is Back Open in Newton Highlands 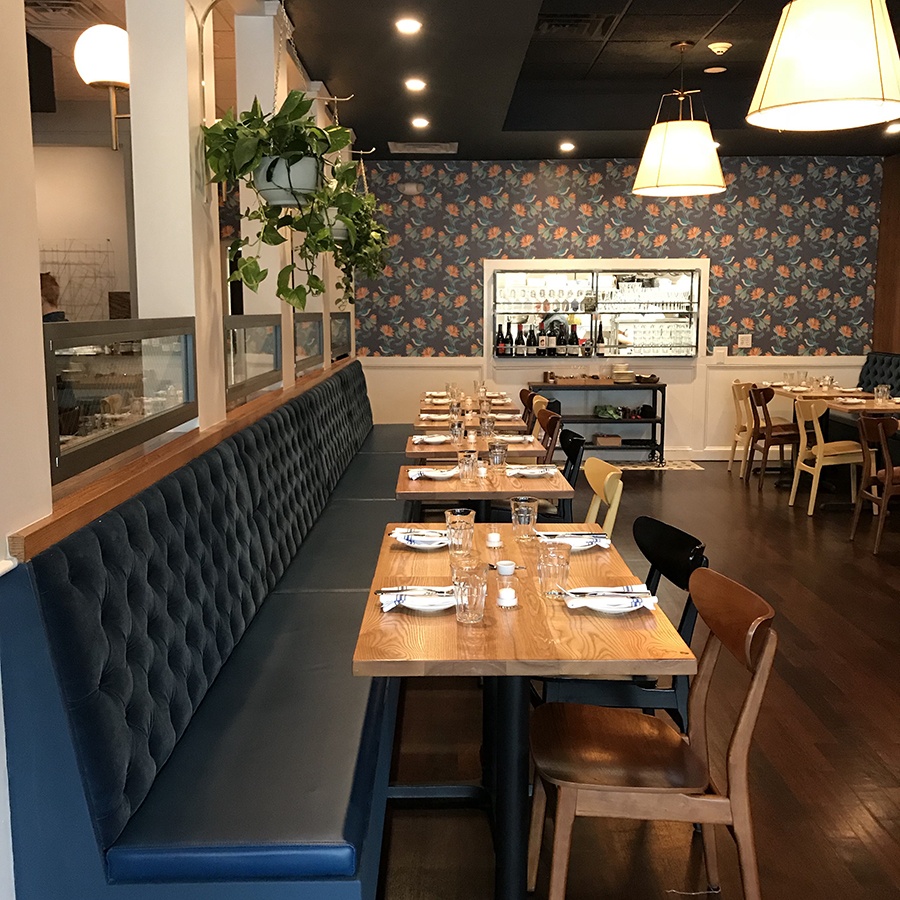 A spruced-up Buttonwood restaurant is now open nightly for dinner and drinks in Newton Highlands. / Photo courtesy of Buttonwood

Business is blooming in Newton Highlands. After nearly a year hiatus, Buttonwood is once again open from the team behind Sycamore and Little Big Diner, serving family-friendly dinner and drinks nightly in a spruced-up space. After a weekend open to walk-ins, the highly anticipated Buttonwood is now accepting nightly reservations, and it will ramp up to add Sunday brunch service very soon, says manager Julia Bailey.

When chef David Punch decided to open his third Newton restaurant in the former 51 Lincoln space, it was because he had a strong team around him ready for a new challenge, he told Boston at the time. Even after a 10-month closure, that same, talented team is back, including chef de cuisine Francisco Millan (formerly of Row 34), and co-managers Julia Bailey (who also serves as wine director) and Matt O’Keefe (Buttonwood’s beer buyer). Scott Shoer is bar director creating cocktails for the entire restaurant group, and Shane Smyth is chef Punch’s business partner.

“That was the most important thing, as the key to success is a strong staff,” says Bailey, a Sycamore alum. “It speaks to the ownership that they were able to keep everyone, financially, on board.”

Millan, who also worked with Gabriel Frasca at Straight Wharf on Nantucket, and Ken Oringer and Jamie Bissonnette at Toro, takes culinary inspiration from the Iberian Peninsula, with bright spice blends, marinated vegetables, and fresh seafood. His rustic cuisine often has a touch of smoke (such as the smoked honey-glazed roasted chicken), thanks to both an in-house smoker and a wood-fired grill. The wine list also features choices mainly from Spain and Portugal. During its first few months in 2018, Buttonwood earned a three-star review from the Boston Globe.

Several popular, original dishes including the crispy pork ribs, cast-iron cornbread, and the Buttonwood cheeseburger, are back on the menu; check out the opening lineup below.

“We had definitely figured out a formula that worked for the neighborhood. It was nice to have a place to bring their kids,” Bailey says. So that’s not changing, either: The nightly kids’ menu offers house-made pasta, grilled cheese, or crunchy fish, served with a choice of side dish, plus carrot sticks and fruit for $9.

Buttonwood 2.0 has the same 14-seat bar and 40-seat dining room setup it had before the fire, boston.com reported. It opens weeknights at 5 p.m. and weekends at 4:30 p.m., the kitchen stays open until 10 p.m. most nights (9 p.m. on Sundays), and the bar continues serving for one hour after the kitchen closes. 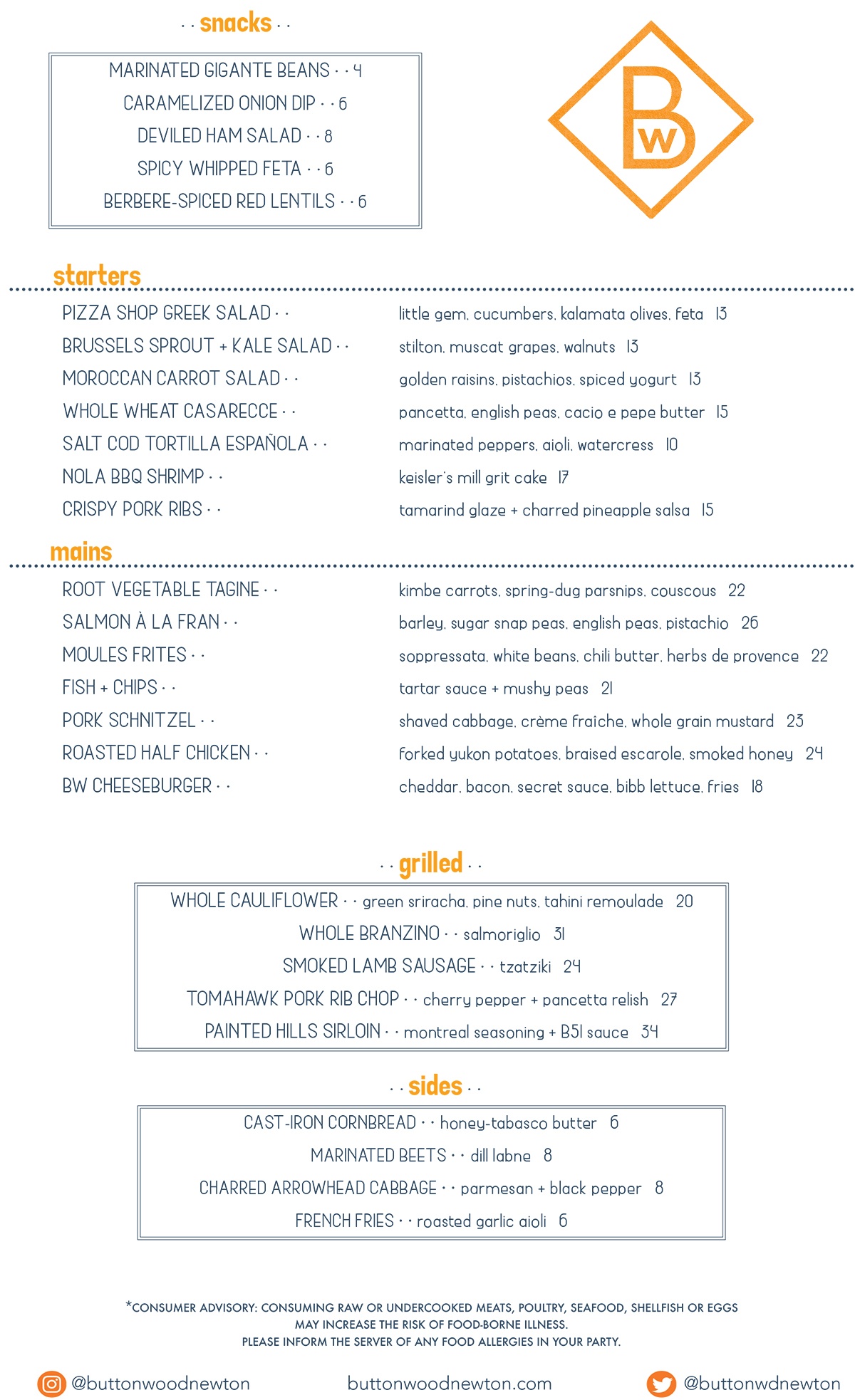