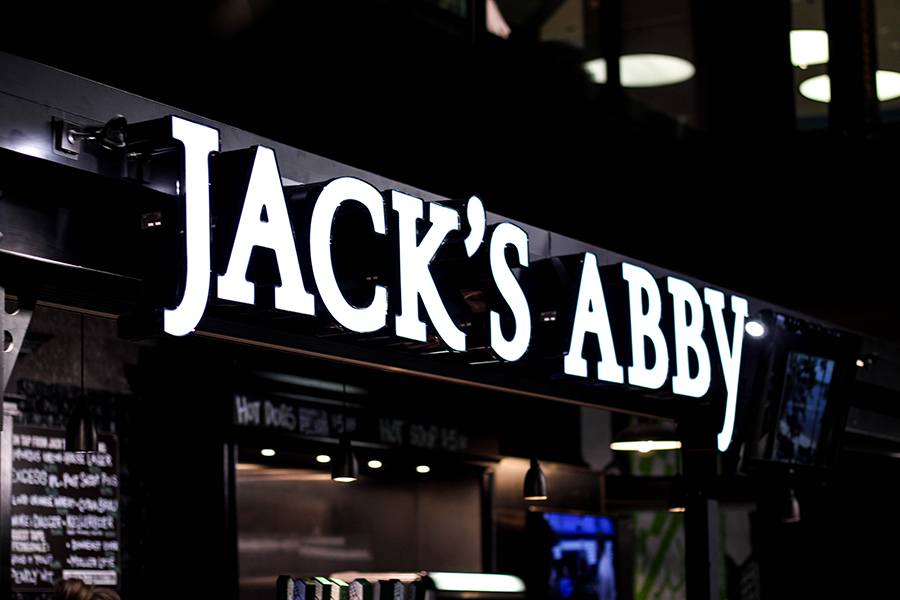 The transformation from a generic, North Station bar to a local brand’s transit-focused taproom is complete: Track Zero Taproom is officially open on the train platform on the ground level of TD Garden, pouring German-inspired lagers, barrel-aged sours, and other exclusive craft brews from Jack’s Abby and Springdale Beer.

The Framingham brewery and barrel room took over the train platform bar back in the fall, and has offered a range of beers on draft there ever since, while gradually rebranding the space. Track Zero Taproom will always offer Jack’s Abby House Lager, Hoponius Union, Blood Orange Wheat, and Post Shift Pilsner among the dozen draft options (and also Miller Lite, and Downeast Cider). But it will also be a place to try more limited releases from both beer brands, including from the Jack’s Abby Kellerbier series (which riffs on traditional German lagers), experimental hoppy beers, and one-off wild barrels from Springdale.

The draft list isn’t be the only taste of the original experience at the offsite taproom. New black and silver finishes in the 32-seat bar area recall the rustic-modern aesthetic of the Metrowest beer hall, and the space is decorated black-and-white photos of the brewhouse.

While beer fans will still have to visit Framingham for elevated beer-hall cuisine like mussels steamed in Springdale Pearly Wit, and garlicky chicken wings roasted in a wood-fired oven, Track Zero Taproom offers a menu of drinking- and commuter-friendly snacks, thanks to TD Garden’s concessionaire, Massachusetts Sportservice, such as like soft pretzels, soups, wraps, and salads packaged to-go.

“We are excited to partner with local businesses like Jack’s Abby to bring great, authentic products to all those passing through our unique, transit-oriented location,” Sportservice general manager Tim Townsell said.

Jack’s Abby has committed to at least two years at the TD Garden. The craft beer outpost is the latest upgrade for the well-trafficked transit hub and entertainment venue. Amidst development in the West End that’s bringing in new residences, restaurants, and later this year, a music venue, it’s also the latest local beer brand to splash down in that area of Boston: Night Shift has a second home and brewpub now open across the street at Lovejoy Wharf.

Track Zero Taproom is open regularly (on non-event days) Monday-Friday from 11 a.m.-8 p.m., while last call is at 11 p.m. on Bruins and Celtics game days. 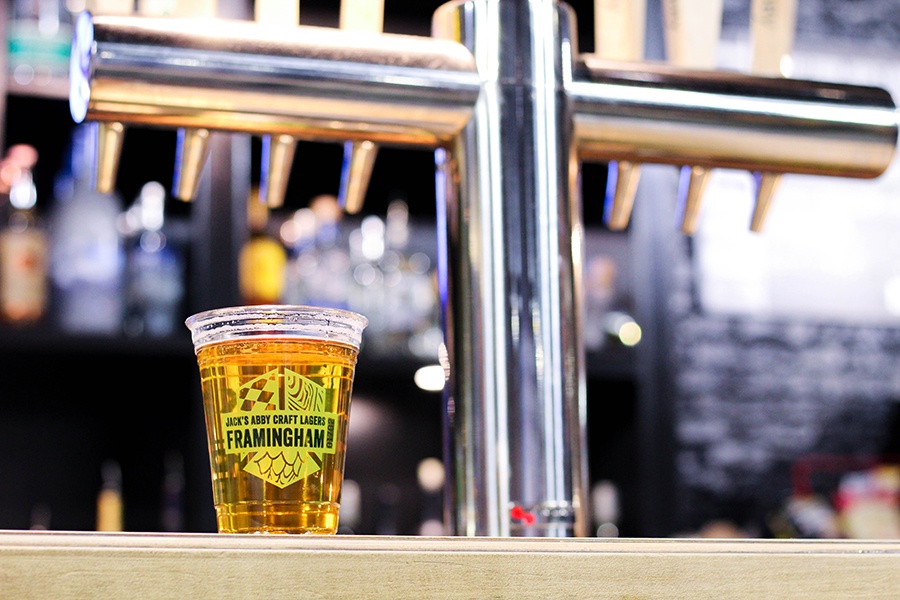 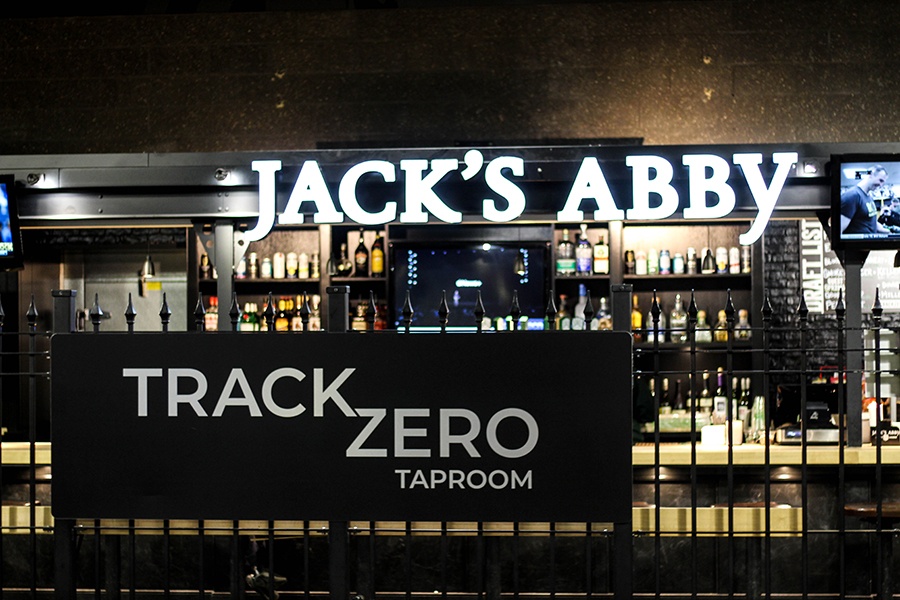