Dunkin’ and Harpoon Made Another Coffee Beer

The limited-edition Summer Coffee Pale Ale is now available for your sipping pleasure. 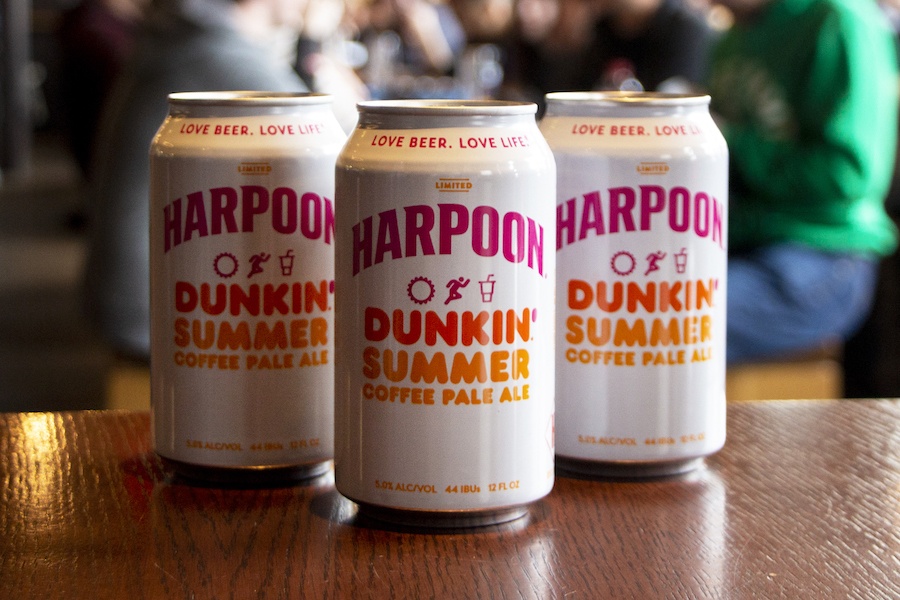 Backyard dinner parties with the Real Housewives of Southie are about to get lit.

Two brands that hold a special place in the heart of any true-blue Massachusetts native—Harpoon Brewery and Dunkin’ (RIP, Donuts)—have collaborated on a new canned creation that will definitely put a spring (and maybe a stumble) in your step. Harpoon Dunkin’ Summer Coffee Pale Ale, a limited-edition java-inspired brew, is now available for your enjoyment at various Eastern U.S. retail locations; you can also find it on draft at local bars.

The beer brings together flavors of Dunkin’s Original Blend iced coffee with Harpoon pale ale, and—according to a release announcing the team-up—pairs particularly well with “coffee rubbed brisket, chipotle chicken tacos, Dunkin’ coffee rolls, and outdoor brunch.” Also pairs well with: tailgates, barbecues, and Sunday recoveries from the prior night’s questionable decisions. (To be fair, suppose they covered that with “outdoor brunch.”)

This is not the first time that Dunkin’ and Harpoon have paired on a release. Last fall, they unveiled the Harpoon Dunkin’ Coffee Porter, which married the brewery’s malty beer to chocolatey notes of espresso. And before that, there was the DDark Roasted Brew, a stout made with Worcester’s Wormtown Brewing.

Dunkin’ is getting creative in other ways, too. Last week the brand announced the advent of Peeps marshmallow-flavored coffee (as well as doughnuts topped with the sugary lil’ birds), plus a chocolate cherry-flavored cold brew and a “Sweet Sriracha Bacon Breakfast Sandwich.”

We eagerly await the next unique release from the legendary, local-born coffee chain. In the meanwhile, quite happy to have some crushable cans for warmer drinking days ahead. This new pale ale will only be available through summer, so stock up. You never know when you’ll be craving coffee-beer.