The neighborhood tavern debuted over the weekend in East Boston. 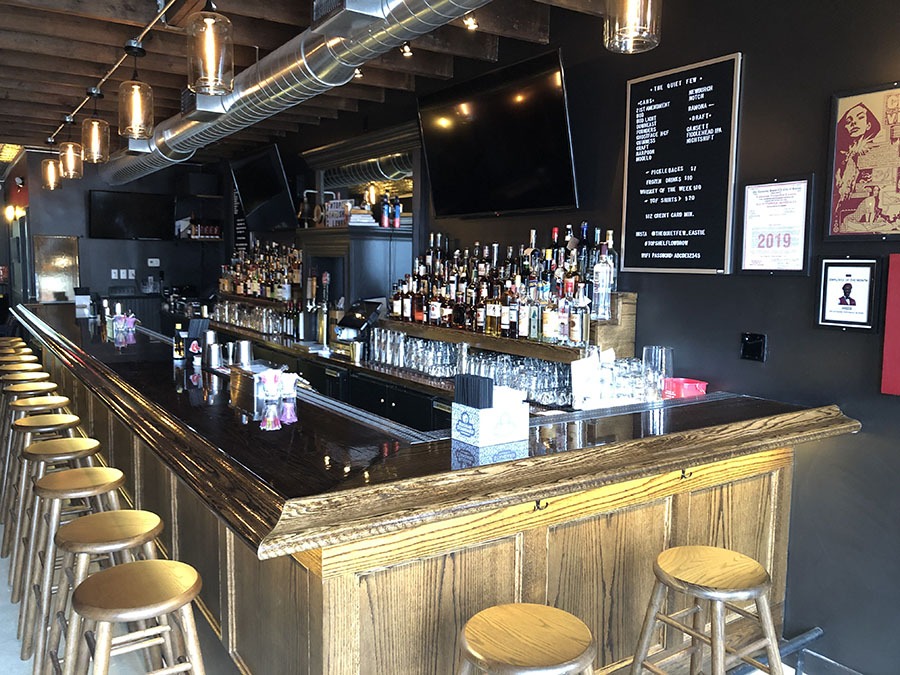 The whiskey and wine is stocked at the Quiet Few in East Boston. / Photos provided

East Boston got a taste of its highly anticipated new bar this weekend: The Quiet Few is now open in Jeffries Point. The ownership debut for beverage industry pros Josh and Linsey Weinstein, the neighborhood tavern boasts stellar whiskey and wine lists, and elevated bar food from Gallows Group alum Scott Jensen. Check out the opening menus below.

The Quiet Few aims to be the everyday gathering place for “people like my wife and I who are looking to go grab and bite and beer on a Sunday afternoon,” Weinstein previously told Boston. A Newton native, Weinstein previously managed a New York City whiskey bar. Linsey worked in wine sales, including at North End bottle shop the Wine Bottega, and bartending at Rebel Rebel Wine Bar in Somerville. The couple signed on Jensen to create a lineup of “really good-quality, affordable, comfort-bar food,” like smash burgers, house “Whiz”-smothered disco fries, and buffalo wings and cauliflower. The culture queens of East Boston Oysters are providing on-trend tins of caviar to the Quiet Few, as an add-on for pickled eggs, waffle fries, or simply to snack on with house-fried potato chips and a cold glass of Champagne.

The wine list features an approachable list of all natural selections, priced affordably; and there is a fine selection of beer, including four drafts. About 80 brown spirits are on the bar shelves to start, with the program poised to grow, Weinstein says. Among a handful of house cocktails will soon be a seasonal, frozen drink option, too.

Weinstein built in a new drink rail along the window-facing front of the small spot. A former prep kitchen in the back of the restaurant (formerly East Boston Kitchen) has been redone into a gaming lounge complete with foosball and a shuffleboard table, and there are a few new TVs up on the walls.

To start, the Quiet Few is open nightly at 5 p.m. until midnight, though hours will extend to 1 a.m. Thursday-Saturday. The kitchen is open until 10 p.m., with late-night grilled cheese available until last call. Eventually, the bar will open up for weekend lunch. 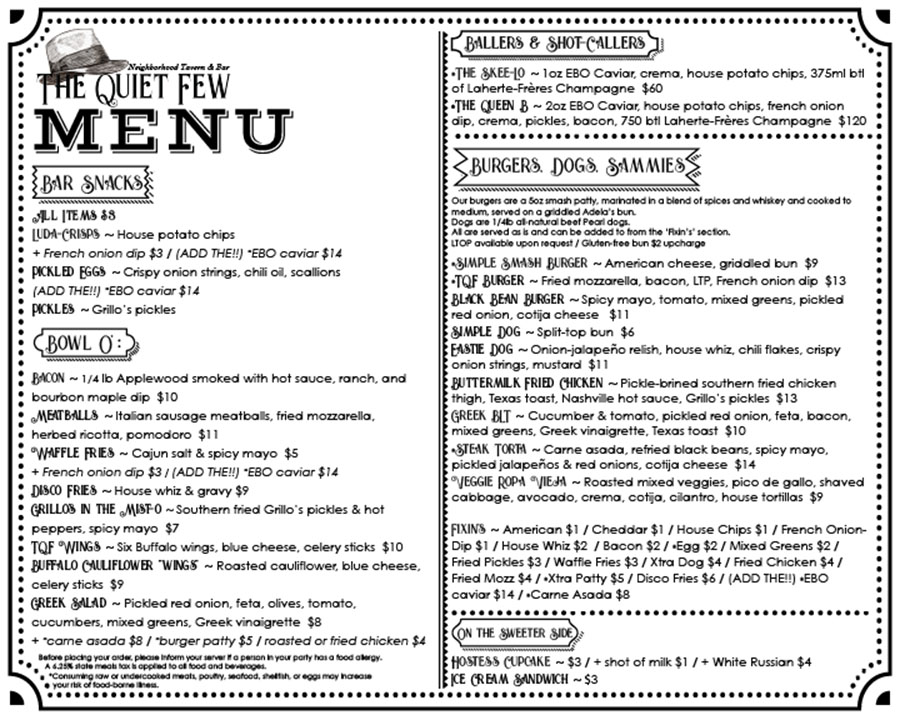 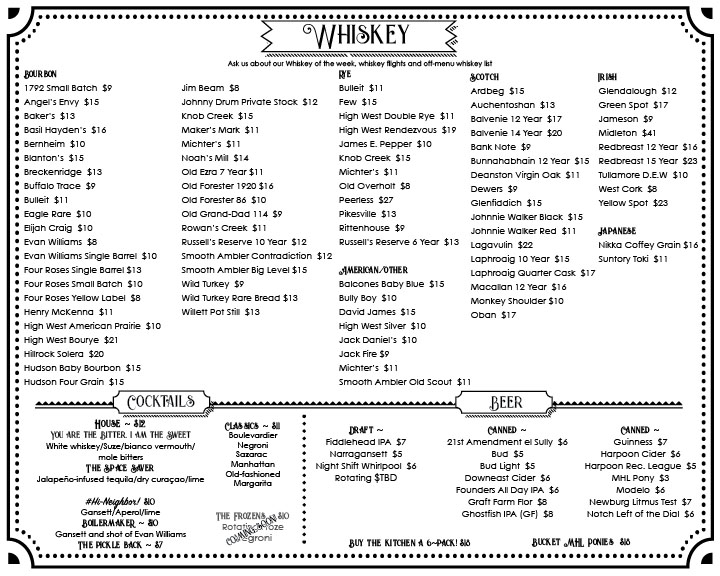 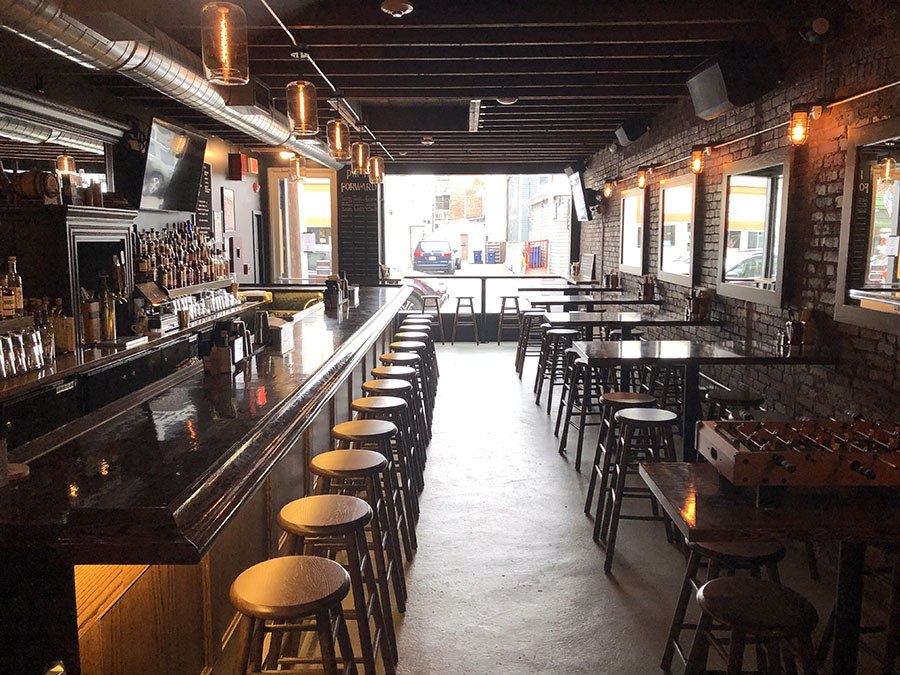 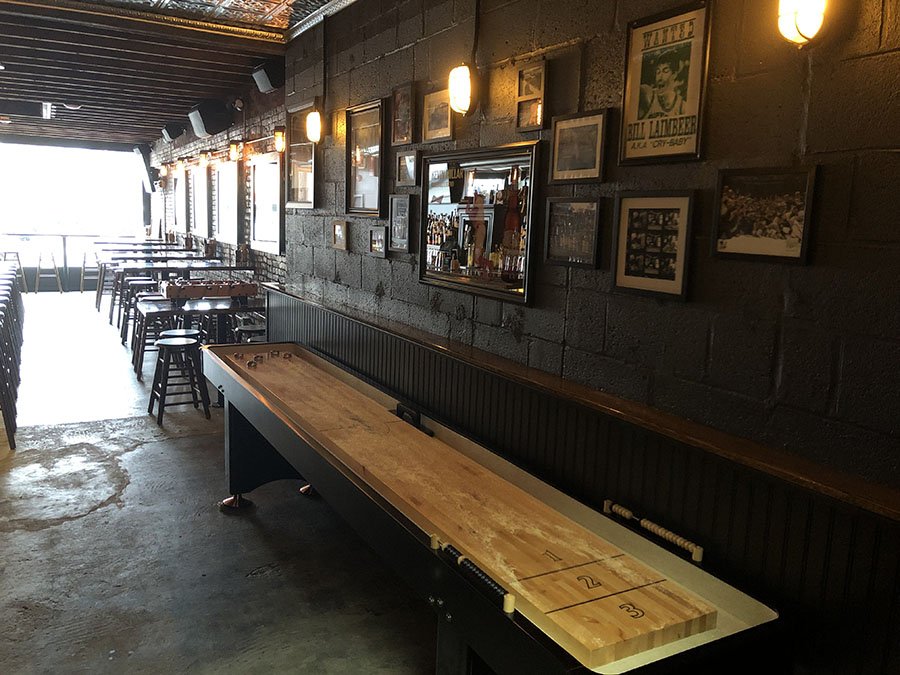 The shuffleboard puck is about to drop at the Quiet Few in East Boston. / Photos provided 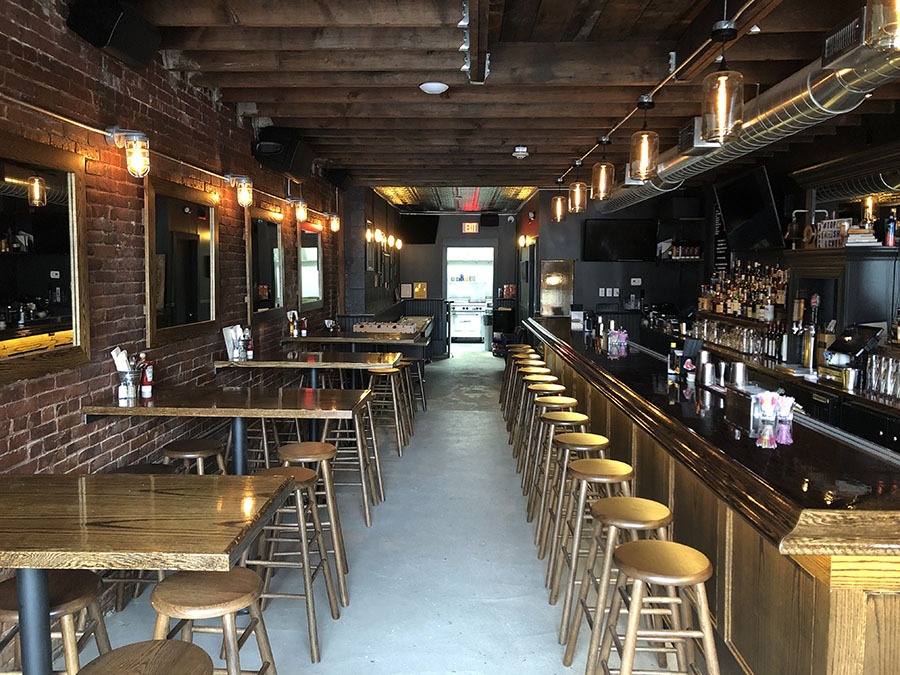 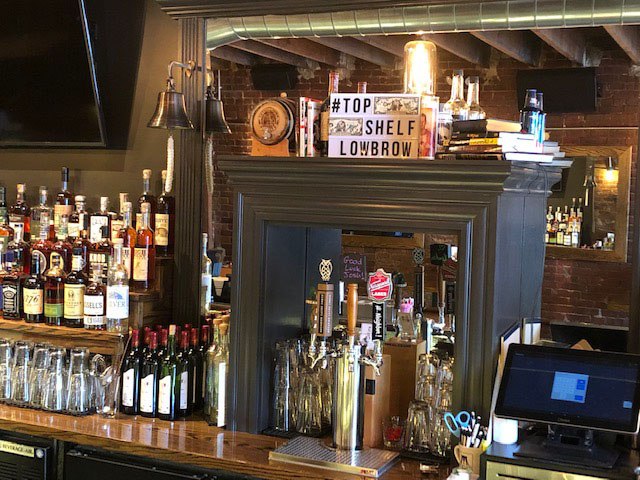