Healthy, flavorful rice bowls and hearty, savory smoothies are on the menu. 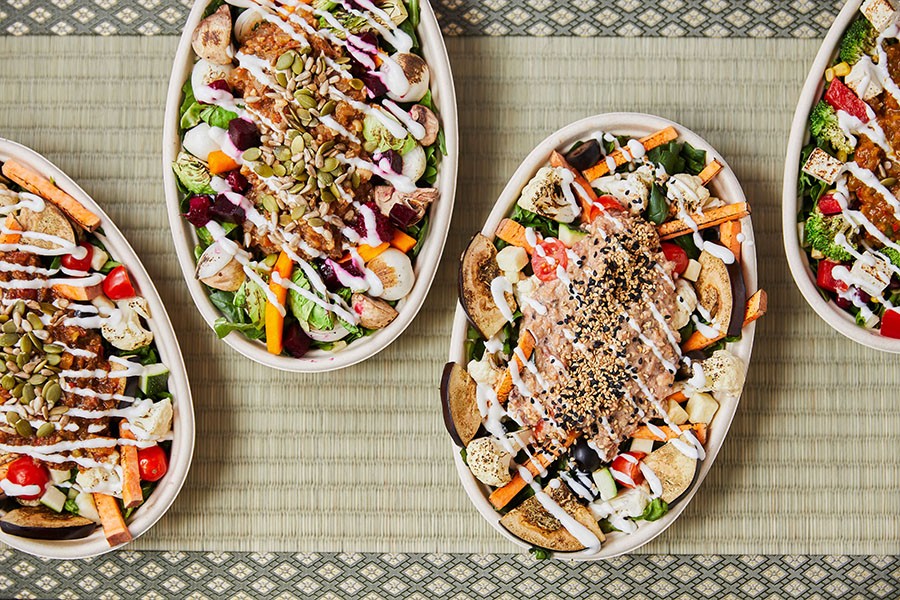 The newest fast-casual lunch spot on Newbury Street aims to make its customers believe in the power of humble rice and vegetables. Red White Japanese Vegan is opening this weekend, with a takeout menu centered on “Humble Bowls” of mixed grains and greens, and vitamin-packed toppings developed with wellness in mind.

Red White is the first U.S. project from Toc Kobayashi, a 32-year-old entrepreneur who operated a dozen restaurants in Japan, including a popular Tokyo izakaya called Ore no Sakana wo Kuttemiro. A few years ago, he sold most of his restaurants in Japan, and has been focused on bringing an affordable, authentically Japanese lunch concept to the U.S., Kobayashi says through a translator. He teamed up with Keita Ueki, who developed the recipes for the Red White menu and serves as general manager of the Newbury Street location.

“I love steak, but I wanted to be health conscious, so I eat vegan food once or twice a week,” Kobayashi says. “Keita and I decided to come up with really tasty food that has a Japanese flair to it.”

The format of the compact menu is create-your-own rice bowls, with a choice of toppings with intention—such as “Power and Muscle,” with vitamin-rich ingredients like broccoli, tofu, and brown beans—as well as sauces. Kobayashi says that each bowl is a low-calorie, 50-50 mix of greens and grains; guests can choose between red or white rice for the latter. Gluten-free guests can have a super-greens base. Red White also offers smoothies, including a hearty version comprised of brown rice and oats, blended with savory ingredients like carrots, burdock, ginger, miso, and onions. Green teas are imported from Japan, and served iced in the warmer months and hot in the winter. Check out the menu below.

The flavor combinations are completely different from what’s currently available on the quick-service scene, Kobayashi says. He adds that consumers, like himself, don’t need to follow a vegan diet to appreciate the menu, because the flavors are so bold. Ueki uses an especially umami vinegar in the signature rice blends, for example, and he bolsters the citrusy yuzu sauce with a vegetable blend that amps it up to curry-like levels, Kobayashi says.

The young entrepreneur is hopeful Bostonians like the food as much as he does. If Red White Japanese Vegan is successful, Kobayashi would like to expand with more locations, he says.

Try it for yourself beginning Saturday, April 13, at noon. Red White Japanese Vegan kicks off a three-day, buy-one-get-one deal on all menu items, which continues through Patriots Day. Starting on Sunday, Newbury Street’s humble new lunch spot is open daily from 10 a.m.-8 p.m. 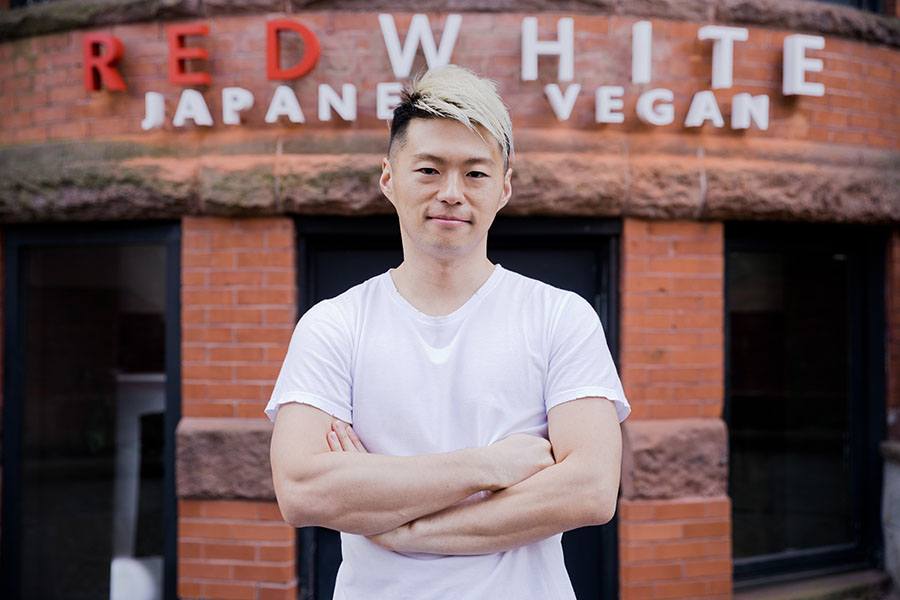 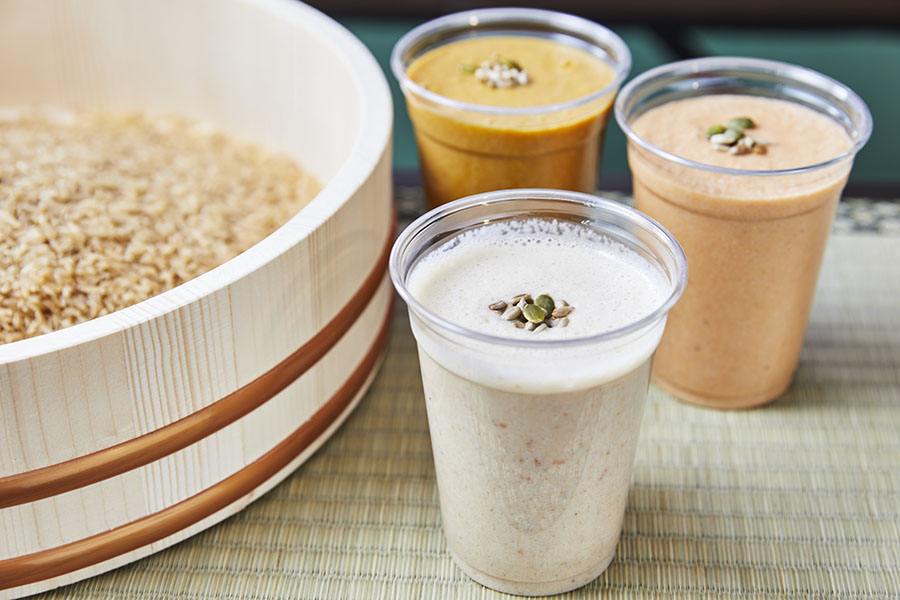 Hearty smoothies are made with brown rice and oats. / Photos provided 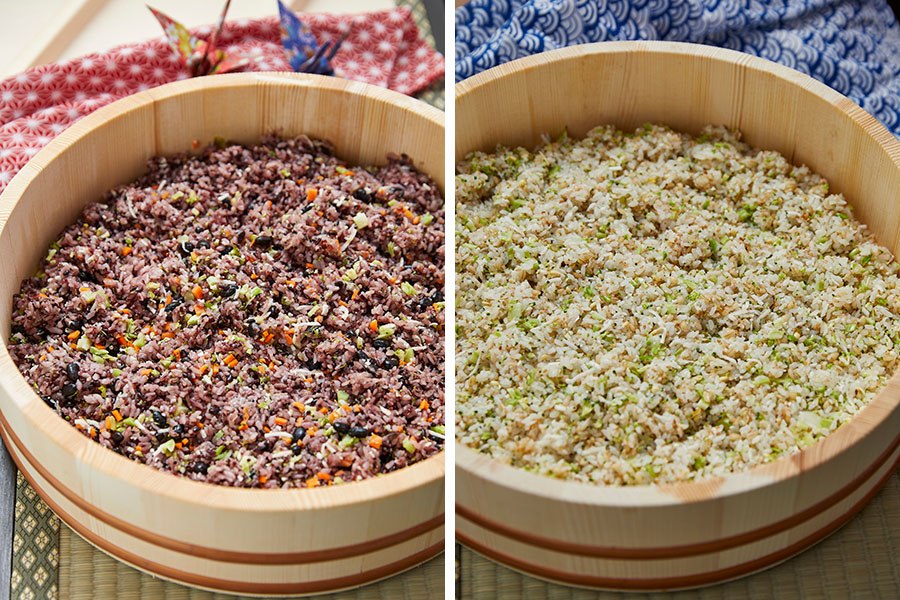 Two varieties of textured rice are on the menu. / Photos provided 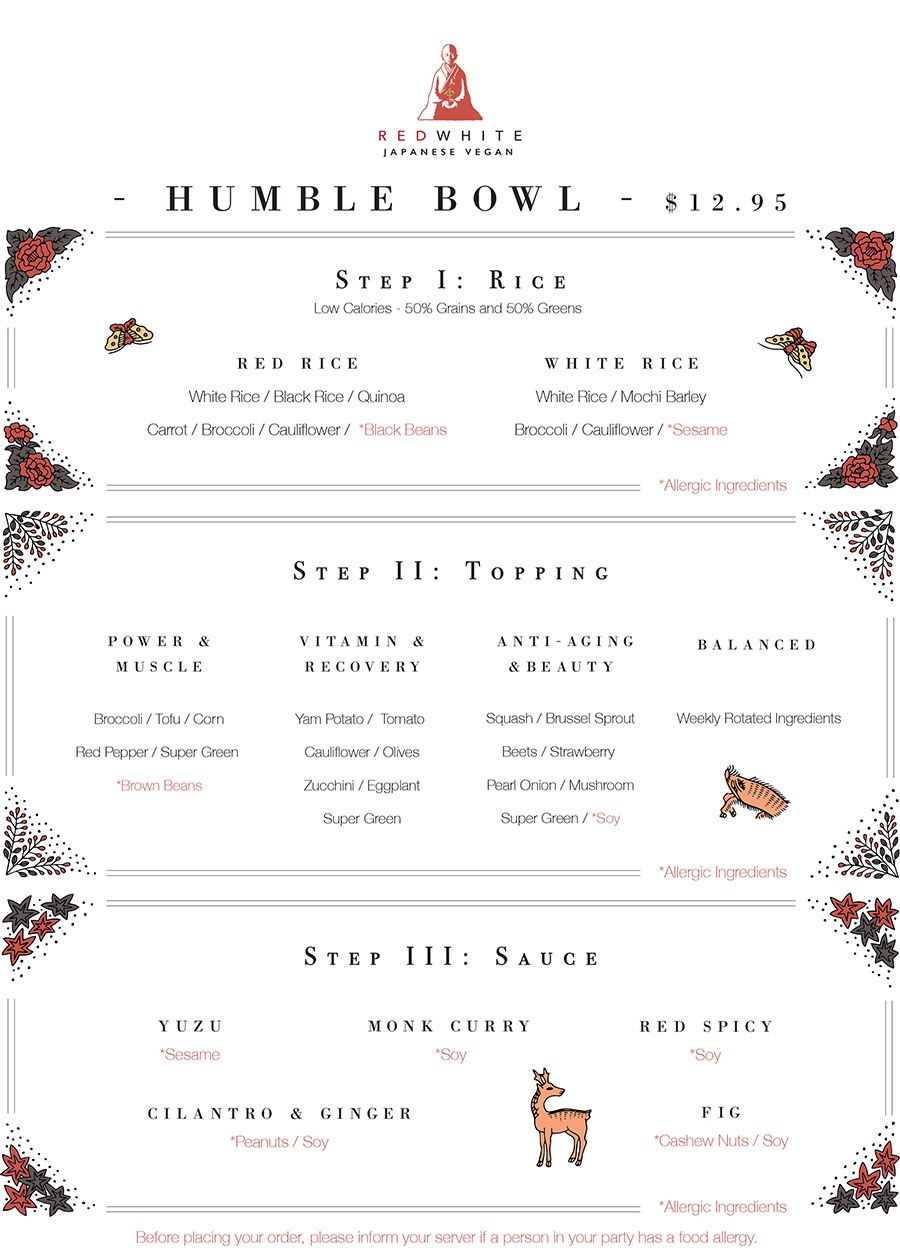 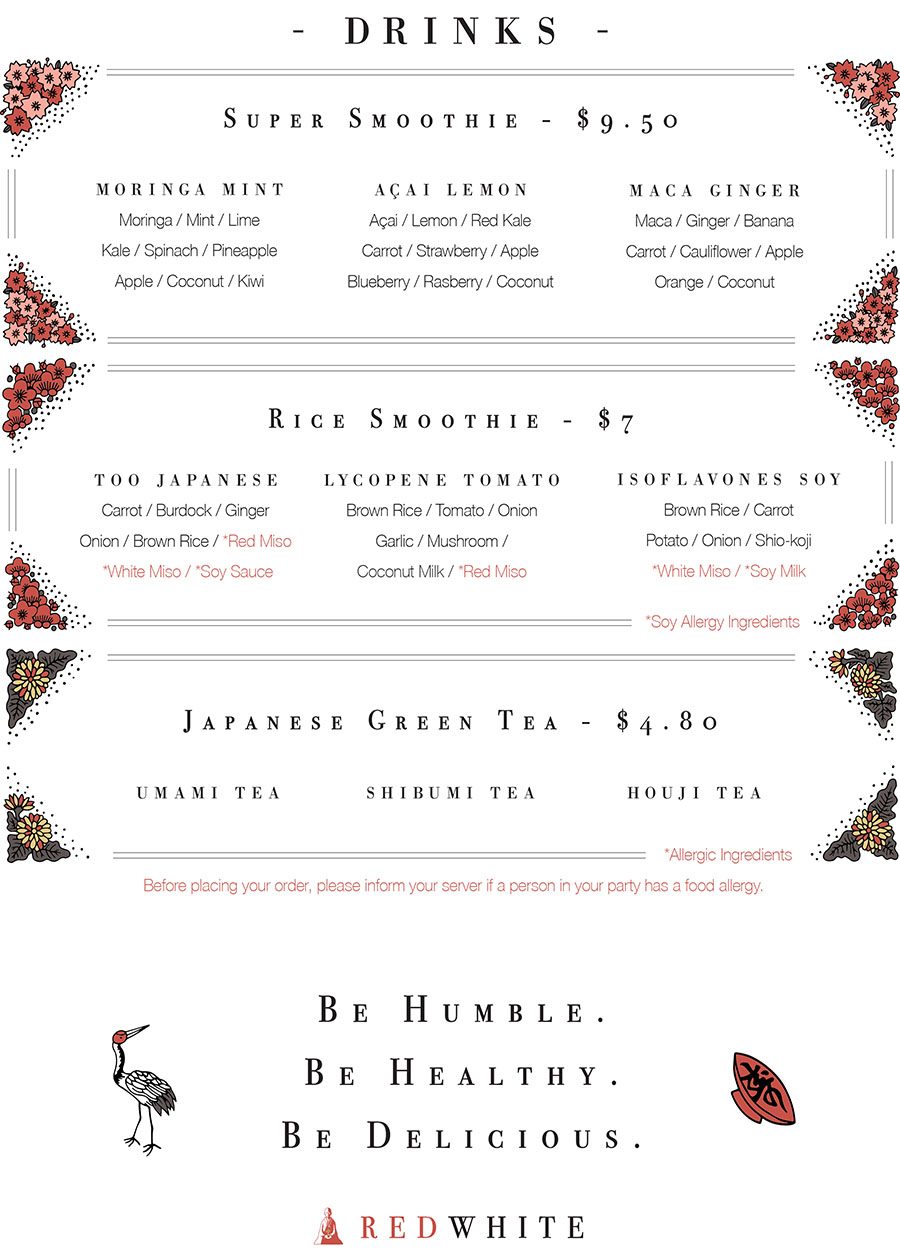