High Street Place is opening this fall with two new concepts from the Tiger Mama chef, a cocktail bar by the Hojoko team, and more. 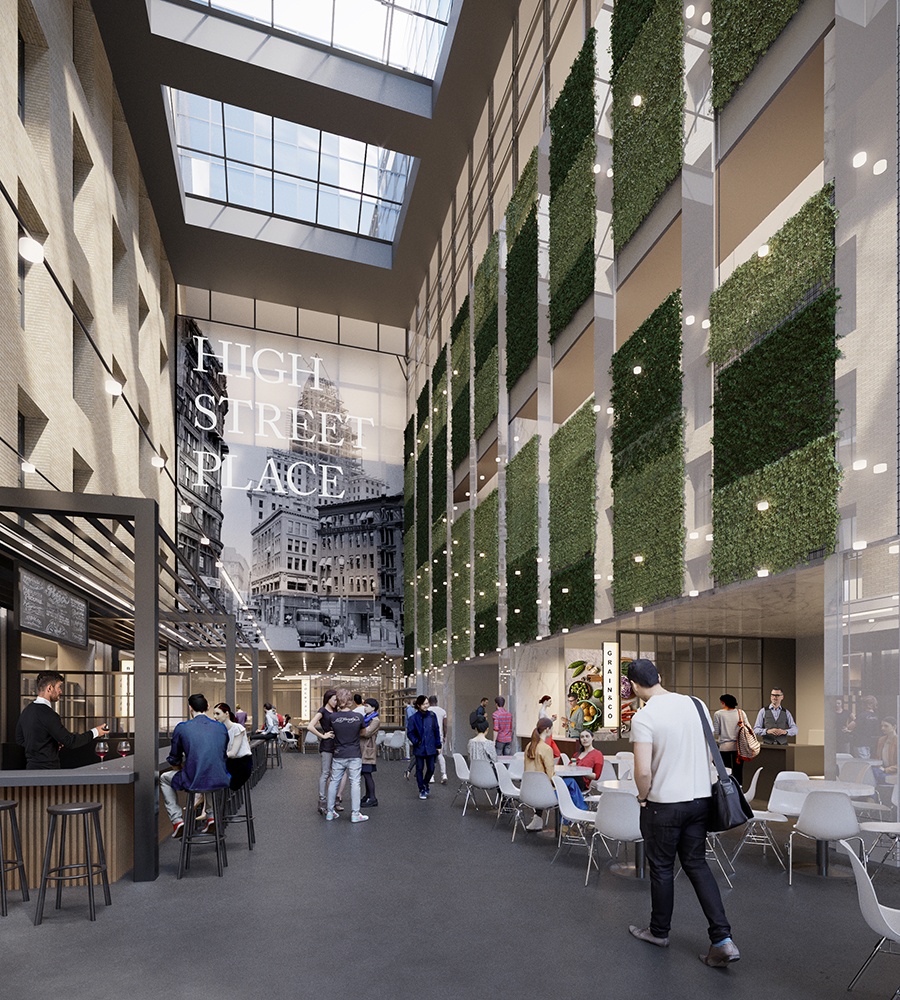 High Street Place will have both a new raw bar and a pizza-and-sub shop from maverick chef Tiffani Faison; a modern cocktail bar from Daren Swisher and Joseph Cammarata, the dream team behind Hojoko’s bar program, among others; Wheelhouse’s cult-favorite burgers; Mother Juice; the ninth location of Fuji Sushi, and more.

The new food hall is headed for a large, underused atrium in the Financial District, which connects two office towers at 160 Federal and 100 High Street. A project by Boston firms Rockpoint Group and Rockhill Management, and D.C.-based retail developers CANAdev, the food hall will “[celebrate] quality, authenticity and all things Boston,” the team announced today.

“High Street Place will set a new standard for food halls,” says CANAdev principal Michael Morris in a press release. “From the design to the food, we have focused on bringing ‘best-in-class’ and highly specialized vendors who share our love of Boston and our passion for food, drink and hospitality.”

The initial lineup reveals just more than half of the planned 20 vendors. So far, it’s a mix of new locations for established Boston restaurants, some totally new concepts, and a few new ventures for some of the city’s best-loved chefs and bartenders. And of course it includes CBD-infused drinks and snacks.

From the press release, here’s what’s in store:

“We are excited to share this first group of vendors and provide these culinary leaders with the opportunity to experiment with new concepts, launch their first ventures, or expand their audience,” Morris said.

Faison, the 2016 Best of Boston Chef who is in the running for the James Beard Foundation award for Best Chef: Northeast for the second year in a row, is the culinary mind of Big Heart Hospitality, which operates Fenway’s Sweet Cheeks Q, Tiger Mama, Fool’s Errand, and a forthcoming Italian-American restaurant called Orfano. But she has a so much more to create, she said in the press release.

“I have wanted to do a super fun raw bar forever, and the desire to do pizza has been keeping me up at night for years,” Faison said. “Just like our restaurants, delivering something that is pure fun, while using great ingredients and technique, is where we live. It is really exciting to bring Big Heart Hospitality to another area of the city, to meet some new neighbors and to make new friends.”

For operators like Swisher and Cammarata, who have contributed to the successes of Backbar, JM Curley, and Hojoko with beverage programs they helped develop, High Street Place is an opportunity to do their own thing.

“It gives us a space to focus 100% on cocktails, a rare opportunity in Boston. Combined we have over two decades of experience, but [Daiquiris & Daisies] is our first opportunity to have total creative control and we can’t wait to unveil the menu,” Cammarata said.

When it opens later this year, High Street Place will be a meandering, 500-seat space meant to encourage exploration of the myriad menu items, per today’s early details. Local architects Gensler and Philadelphia-based Groundswell Design Group are spearheading the redevelopment of the structure, which will include a five-story atrium, a green wall, and a retractable window-wall system that will allow for open-air dining in the warmer months. The venue also plans to host events like live music, book signings, panels, and viewing parties (it’ll have a retractable projection screen).

Stay tuned for menu details about the new concepts headed for the food hall, as well as for more about Boston’s growing food hall landscape. 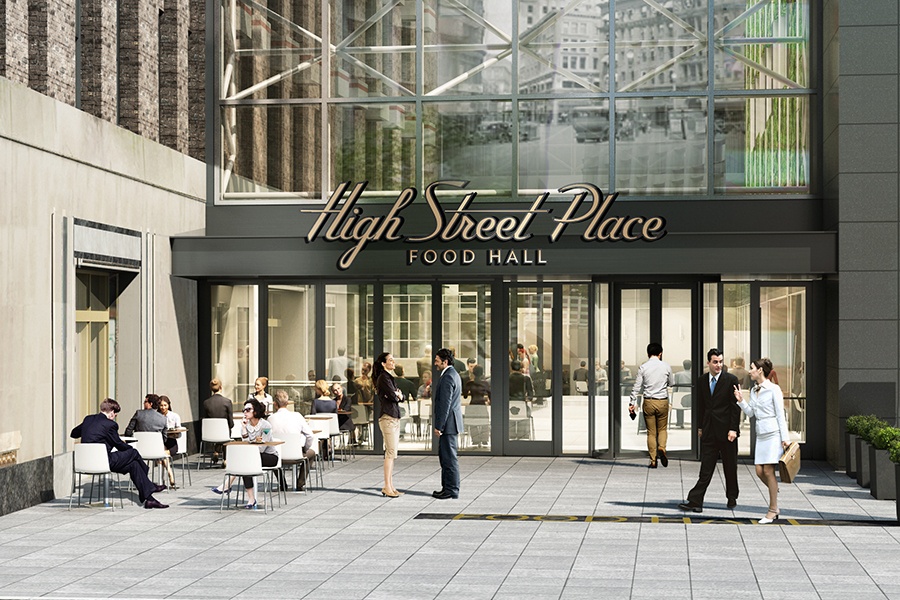