From pop-up parties to gourmet edibles, David Yusefzadeh is putting the high in high-end dining. 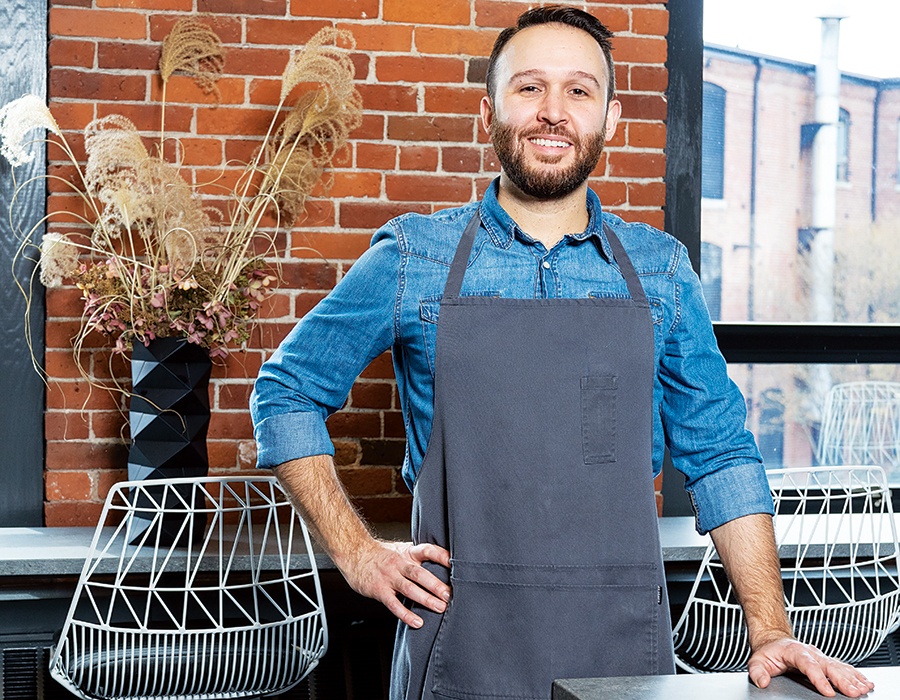 A small group of strangers are assembled at a table in a 10th-floor condo overlooking Boston Harbor. Among them: a twentysomething hipster couple from Southie, a solo-flying North End attorney, and a quartet of married, middle-aged suburbanites exuding the faint nervousness of first-time swingers. They’re here to flout taboos with chef David Yusefzadeh, cofounder of the upscale dinner series Eat Sacrilicious. Tonight, his wine-paired, multicourse menu includes mahi-mahi with grilled squid in a white wine–butter sauce; celery-root soup with fig jam and roasted almonds; and smoked-salmon rillettes with green apple and cucumber. The one thing the dishes have in common? They’re all infused with customizable doses of THC and CBD, the major compounds of marijuana.

Though pot-based pop-ups are slowly growing in number, Yusefzadeh’s ambitious affairs are unique in that they enhance dishes with “strain-specific” cannabis, rather than tasteless distillates. For instance, the nutty profile of the euphoria-inducing Northern Lights strain makes a great garnish for sprinkling on that celery soup. As the evening progresses in the condo, the tablemates turned fast friends certainly seem to agree. 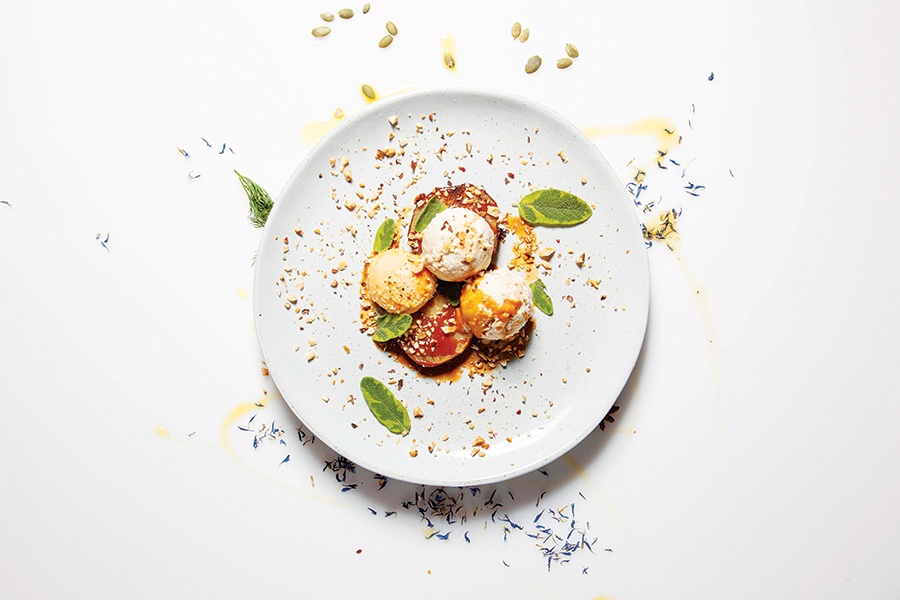 Eat Sacrilicious, Yusefzadeh’s multicourse dinner series, and Cloud Creamery, a line of artisanal ice creams, have made him a local pioneer in cooking with cannabis. / Photo by Toan Trinh

A former sous chef at the Michelin-starred Mandarin Oriental Hotel in Hong Kong as well as its Boston sibling, Yusefzadeh didn’t set out to make a career of cooking with cannabis. But after using marijuana to manage hospitalizing pain from Crohn’s disease, he realized that Massachusetts’ burgeoning edibles industry lacked elevated options. “When I would go to dispensaries, the edibles were garbage,” says Yusefzadeh, who also helped launch an app-based health-food-delivery service in Chicago. “I thought, ‘I make better brownies at home.’ Then I was like, ‘Well, maybe I should.’” Now, in addition to these twice-monthly dinners, staged everywhere from craft breweries to art studios, Yusefzadeh is launching a line of gourmet cannabis-infused foodstuffs under the name Cloud Creamery, starting with ice creams in flavors such as saffron-pistachio and parsnip-maple.

Next, Yusefzadeh and business partner Sean Curley are plotting to take their dope dinner parties to other cities, do more private events (they just catered a Grammy party for rapper B-Real), and, eventually, stock grocery shelves with their products. The ultimate goal forYusefzadeh, who tried six other medications before turning to marijuana? Expand the world of premium edibles to keep people from turning to harder pain-management drugs. “You could get opioids home-delivered for years,” Yusefzadeh says. “We’re just now figuring out how to get this stuff to the people who need it most.” High time, indeed.