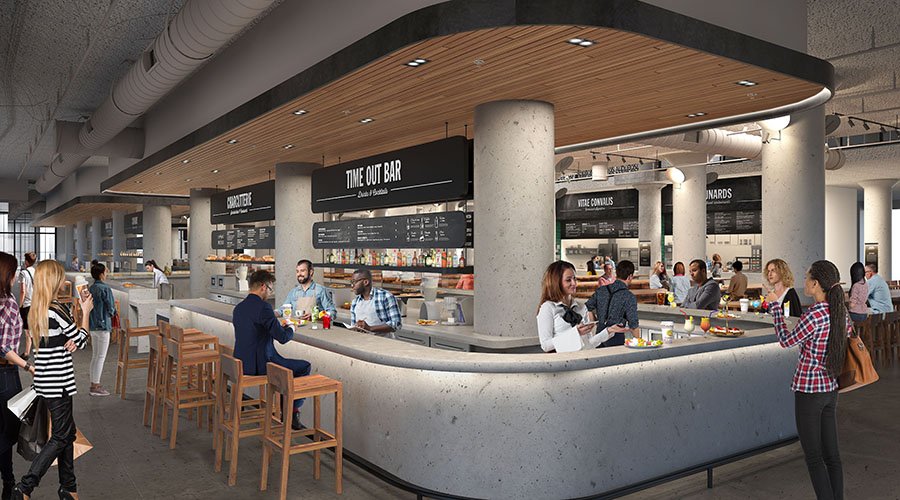 An overview of the Boston dining landscape would not be complete without a charcuterie board or two—and Time Out Market will certainly have that. Beloved Cambridge wine (-and-more) bar, Bisq, is joining the lineup at the forthcoming Fenway food hall, bringing chef Alex Saenz’s salami, terrines, and curated cheeses. Time Out just announced a slew of additional vendors, including deli favorites from Mamaleh’s; George Howell Coffee; soups, salads, and juices by Revolution Health Kitchen; Roman-style pizza by chef Michael Schlow; and locally made, artisan gelato from Hingham-based Gelato & Chill. Ahead of its opening on June 27, the marketplace also announced that Saltie Girl will bring seafood to the mix; and a mission-driven outfit called Mobile Cooks will offer vegan fare and guest chef-created dishes.

Now we know a bit more about those projects, too: Ms. Cluck’s Deluxe Chicken & Dumplings will take creative, Asian-inspired spins on chicken and dumplings; and gogo ya is focused on Hojoko and O Ya’s reinvented sushi, building a menu on the likes of Hojoko’s crispy nori sushi tacos, and bento bowls inspired Cushman Concepts’ signature sushi and sashimi.

There will also be outposts of Union Square Donuts, and the Eastern Mediterranean fine-casual Anoush’ella.

Time Out Market is under construction at the former Landmark Center building at 401 Park Drive, part of the development led by Samuels & Associates. A brick-and-mortar expansion of the international, editorial brand, Time Out, the food hall is meant to be an “editorially curated” selection of the best a city has to offer, said the company’s president and creative director, João Cepeda, a former editor of Time Out publications in Lisbon.

“It’s creating that magical mix where any visitor can spend 30-40 minutes and really have an experience that represents the city,” Cepeda previously told Boston. The original Time Out Market opened in Lisbon in 2014, and the company also has food halls in the works in Miami, New York, Chicago, Montreal, Dubai, London-Waterloo, and Prague.

The Fenway food hall will span 25,000 square feet, featuring 15 restaurants, a demonstration kitchen, two bars, and communal seating. It will have 120 more seats outside—in close proximity to a year-round, greenhouse-inspired Trillium Brewing taproom— and a calendar of cultural programming and public art. Time Out Market opens Thursday, June 27, in the Fenway. It opens weekdays at 7:30 a.m. and weekends at 9 a.m., and will open until 11 p.m. Sunday-Thursday and midnight on Fridays and Saturdays. Some vendors will serve breakfast fare, while many will open daily at 11 a.m. Meanwhile, another gourmet food hall, High Street Place, is eyeing a fall 2019 debut in downtown Boston.

This post was updated Thursday, June 27, for Time Out Market’s opening.