Check out the lineup of natural wines and locally sourced snacks. 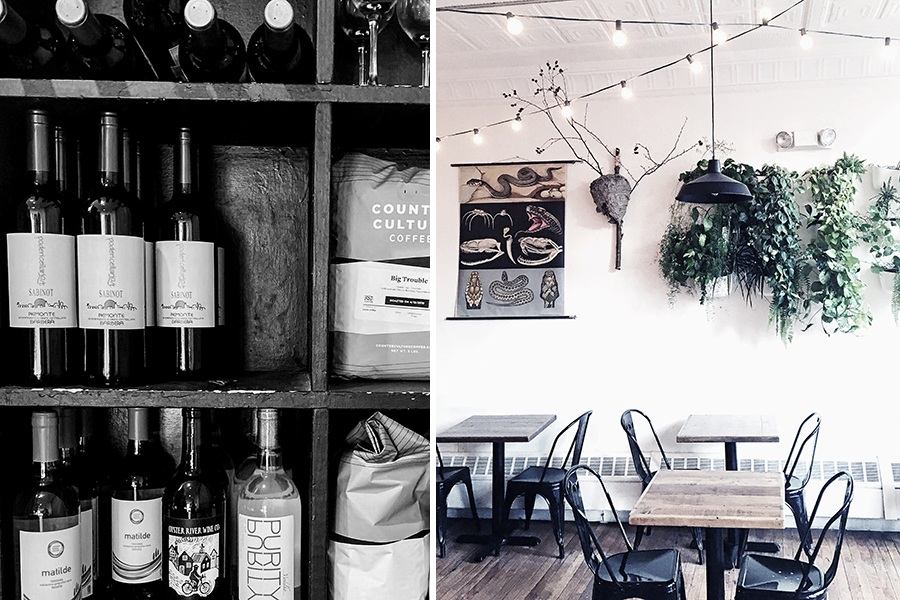 Curio Coffee in Cambridge made room on its shelves for add natural wines. / Photos courtesy of Curio Coffee and Wine Bar

A cool coffee shop in Cambridge is about to become the latest café-by-day, bar-by-night operation. Curio Coffee, a three-year-old café near Lechmere Station, debuts the Curio Wine Bar tonight, with natural wines and savory snacks. Check out the opening wine list below.

Though he worked at a wine shop during college, Pronovost was more of a beer drinker until the last few years, he says. “But when I got more exposure to natural wines, I realized wine doesn’t all taste like oak barrels, or it’s not all super sweet,” he says. When the city of Cambridge raised a quota on the number of liquor licenses available in the city, he decided to get one for his store to activate it during the evenings.

“Our space only gets used until 2 or 3 p.m. We thought, why don’t we share wines we like with all of our regulars?” Pronovost says. “There’s a lot of crossover between a specialty coffee drinker and natural wine drinker. It’s someone who appreciates something done on a small craft scale.”

To complement the 10-strong wine lineup debuting tonight at Curio, there is also a nighttime menu that includes hot dogs on buttered, griddled Hi-Rise Bread Co. buns; grilled cheese sandwiches on sourdough; and a vegan-friendly crostini with olive tapenade. Both the food and wine list is poised to grow a little after a few weeks of service; Pronovost anticipates having about a dozen wine options on any given night.

The 15-seat bar does not take reservations. To begin, it’s open Thursday through Sunday from 5-10 p.m., though the hours might expand in the future, too. 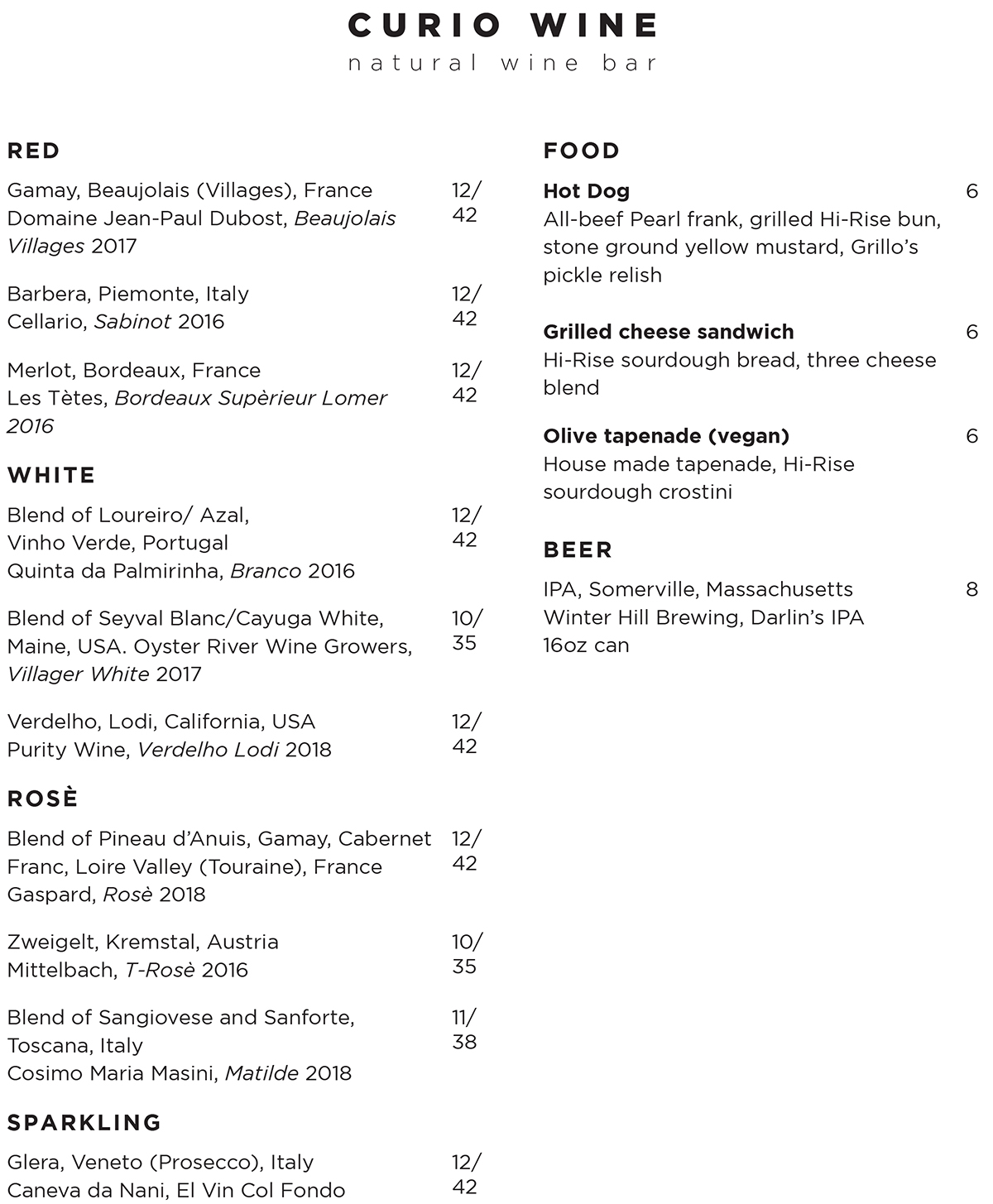