Check out the expanded menu of seafood snacks, funky wines, and more. 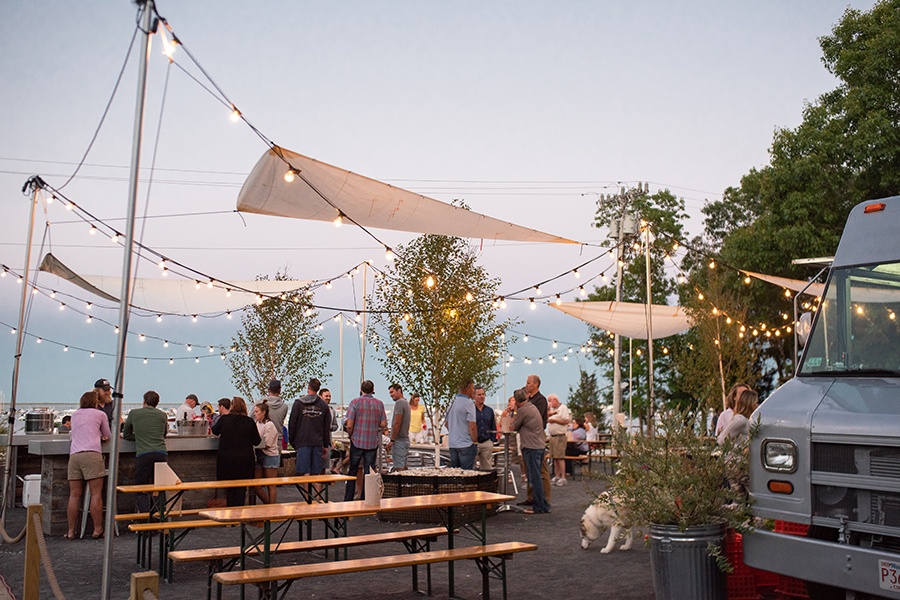 Luckily it’s open rain or shine this season, because the Raw Bar at Island Creek Oyster Farm reopens this weekend. A seasonal food truck, bar, and patio behind the shellfish growers’ scenic Duxbury Bay headquarters, the Raw Bar has expanded its menu with more substantial snacks and more, and plans to make some structural upgrades during its second season.

The casual, waterfront bar serves up oysters grown just yards away on the South Shore farm, as well as caviar, and boards of imported tinned seafood, like Spanish smoked mussels, and spiced calamari from Portugal. New this season are rotating specials, like chips and clam dip with horseradish and Tobasco; smoked steelhead trout pâté with saltines and cornichons; spicy shrimp toast; and picnic platters with hummus, nuts, cheese, and veggies. The Raw Bar has also added more kid-friendly options, like hot dogs and ice cream cups.

Alongside six rotating, local draft beers and cider options from around the South Shore, Boston, and Rhode Island, the Raw Bar has a couple draft wines, canned beers and cocktails, and other by-the-glass wine and bottle options, including large-format rosé. Oenophiles will be psyched to learn that there’s a new, off-menu list of funky, offbeat wines by-the-bottle this season, too, selected by Lindsay Howard, a former wine director at Island Creek Oyster Bar in Boston who’s now an ICO sales rep.

During its inaugural season, the Raw Bar hosted a pop-up from Portland, Maine’s Highroller Lobster Co. and other cool events. Island Creek promises “a stacked lineup of dinners and pop-up events” this season. It has its own Instagram account so seafood lovers can stay in the loop when those details are announced.

The spacious patio features long tables and benches, and stools at the bar. This year, a more permanent cover over the bar area will allow for more comfort during inclement weather, and the outdoor area has a fire pit as well. It’s dog-friendly, and beginning Friday, May 3, it’s open six days a week from noon until twilight into the fall. The Raw Bar at Island Creek Oyster Farm is typically closed on Mondays, but it will be open on Memorial Day and Labor Day.

We’re ready for the season, whether Mother Nature is or not. 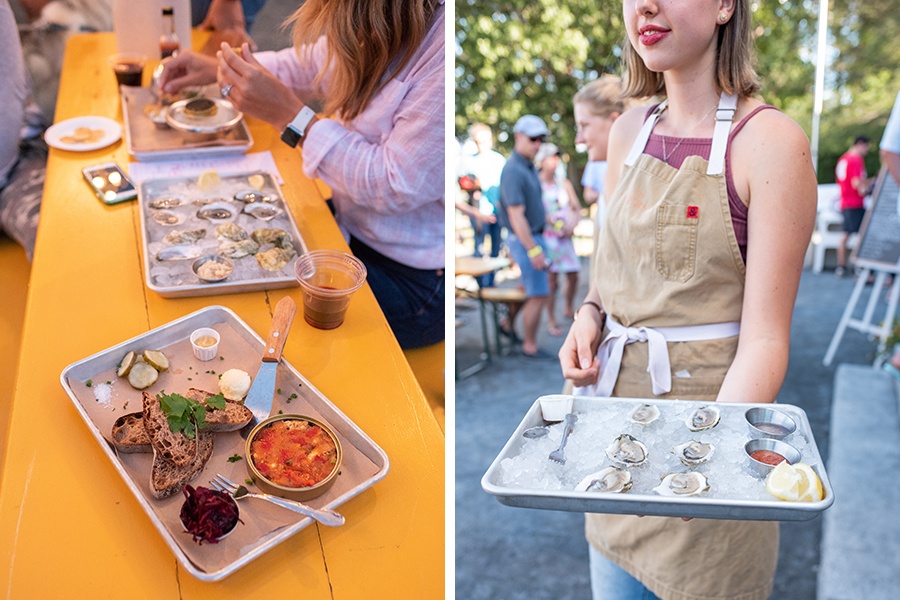 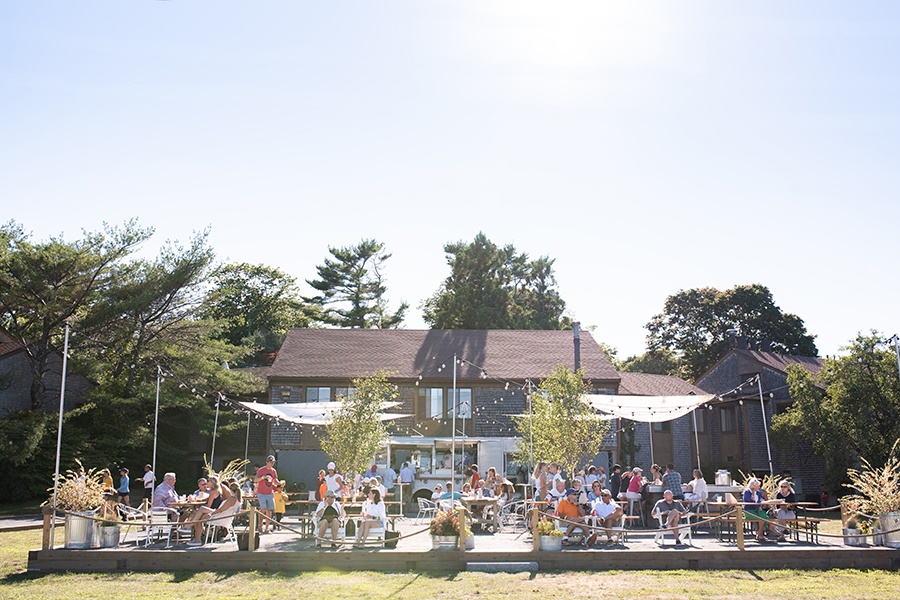