The Feast with 45 returns on Sunday with celebrity guests, brunch from 30 top chefs, and a chance to have a margarita with the GOAT. 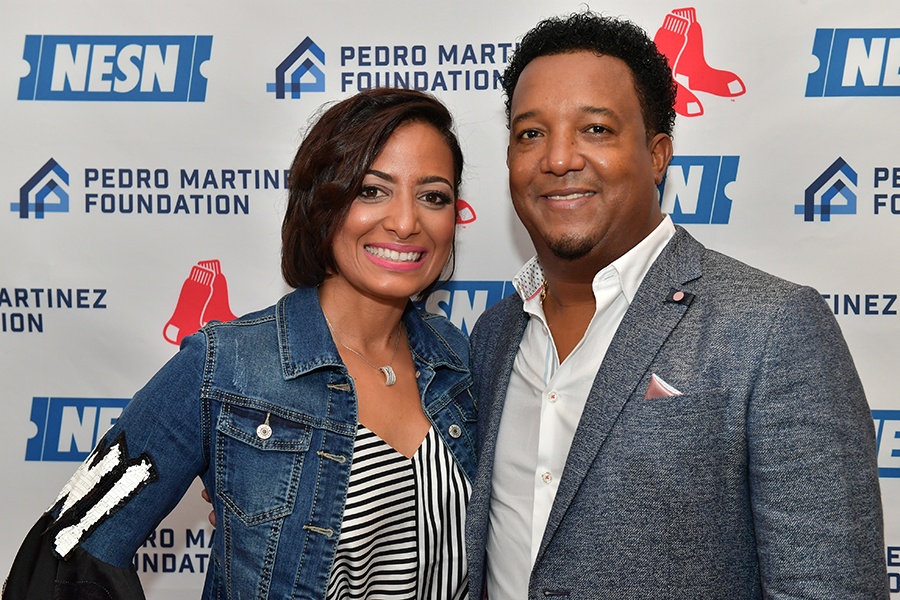 When Pedro Martinez was in Boston racking up strikeouts and becoming the best Major League Pitcher of all time, he understandably didn’t get to hang out with his fans too often. Martinez is definitely keeping busy after retiring from the game—he’s a special assistant to the Red Sox, a regular on-air baseball commentator, and cofounder of the Pedro Martinez Foundation with his wife, Carolina—but a big part of his schedule these days is reserved for giving back to the people who supported his Hall of Fame career. For that reason, the third annual charity Feast with 45 returns to Fenway Park this Sunday, May 5, and Martinez can’t wait to see his friends.

“Why we do it is to actually get the opportunity to interact with our fan base. It’s a personal way to have dinner with a lot of people, and also do some good with it,” he says.

All proceeds from tickets sales go directly to the Pedro Martinez Foundation, which runs a community center, and a robust summer camp program, in the Martinez’s hometown of Santo Domingo. Since the foundation hosted the first Feast with 45 in 2017, it has inked an agreement with the Ministry of Education in the Dominican Republic to begin construction on a charter school, Carolina says.

“We’re really excited, because now we’re putting everything together: the curriculum, the recruitment for the staff,” Carolina says. “It’s a new game and a new day for us.”

The school is the five-year-old foundation’s largest initiative yet to give Dominican children better opportunities.

“When I was a Little Leaguer, I was about to represent the Dominican Republic in Puerto Rico. Both times I was selected to go, I couldn’t because I couldn’t afford it.” Pedro recalled. He doesn’t want children today to be stymied by economics, whether they want to play baseball, or play music, or be an engineer, or an artist, he said. “I want to open those doors for the kids that are less fortunate. I can really identify. That’s why I’m asking people of Boston to open more doors for more kids who probably desperately need it.”

As Pedro and Carolina recently relocated back to the Boston area, they are moving their charity headquarters up north this fall, too.

“Pedro is doing a lot of speaking engagements for younger crowds, like high school graduations and colleges, and being a mentor to the youth in Boston,” Carolina says. “There’s a great need here for role models that the kids can touch and relate to, and Pedro is one of them, so that’s really important to our transition.”

Kids are invited to the Feast with 45—they’ll get to hang with Pedro and another Red Sox legend, catcher Jason Varitek. Retired Patriots running back Sammy Morris is also planning to attend, along with other notables. It’s another good thing happening at Fenway, Pedro says—despite the Red Sox’ current win/loss record.

“If we’re gonna win a World Series, I’m willing to let you struggle for the first couple of weeks,” the GOAT says he’s been telling the current roster. “Instead of having those guys all tired and getting hurt, we needed to pace those guys. Remember, the World Series takes you all the way to November, and you gotta be in spring training in January. So you don’t get enough time to rest. When you need them the most, they will be there for you, but if you rush them right away after the World Series, they might not be there towards the end, which is when you really need them. I think everything is starting to settle.”

For fans 21 and older, the Cinco de Mayo-themed party will not disappoint.

“You have me, you have many more players and all kinds of celebrities there,” Pedro says. “You combine that with 30 chefs cooking for you and mojitos and margaritas, what bad can you find? It’s going to be a lot of fun.”

Check out the full lineup of Boston chefs participating in the Feast with 45 below. Tickets are $35 for kids between 2-16, $85 for general admission and $115-$445 for VIP experiences. Mariachi music, drinks, brunch, partying with Pedro, and the PMF’s mission to help young people succeed is all included in the price.