Harvest restaurant will host a patio watch party for his debut on Best Baker in America. 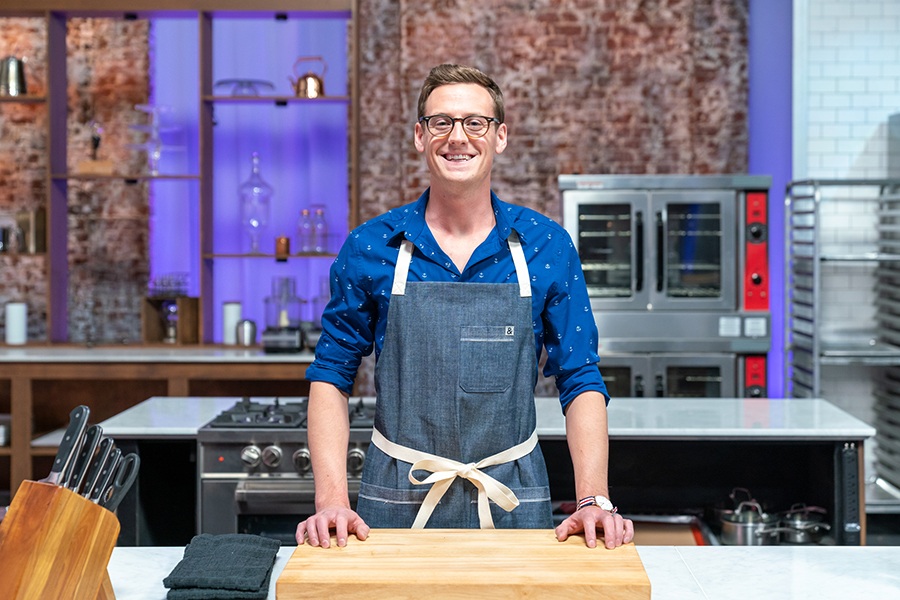 The Best Baker in America might just be working in Harvard Square. Joshua Livsey, executive pastry chef at Harvest, is competing on the Food Network’s latest dessert tournament—and the New England native has already proven himself one to watch. Livsey’s turn on Best Baker in America—which premieres its third season on Monday, May 13— follows his finalist run in 2017 on the network’s Holiday Baking Championship.

That experience gave him one advantage. “I went into it mentally prepared, because I knew how exhausting it was going to be,” Livsey says. Even for someone who typically clocks 60-plus hours each workweek and endures Dedham-to-Cambridge commutes, the days-long filming sessions for Best Baker in America took a tiring toll. And while Livsey enjoyed the freedom of creating dishes that best showcased his talent, instead of worrying about hewing to a strict holiday theme, broadening the nature of the competition “definitely made it more challenging,” the chef says.

The competition—which will earn $25,000 for the winner—was also tougher this time. Among Livsey’s eight opponents is a James Beard Award-nominated pastry chef at one of Pittsburgh’s best restaurants, Whitfield; the executive pastry chef at the Four Seasons Hotel in Silicon Valley; and Daniel Boulud’s go-to baker at his eponymous café in West Palm Beach.

“These were elite pastry people,” Livsey says. “But I feel like I was able to showcase what I’m able to do. I didn’t have to make a fruitcake. I could do something more elaborate or involved.”

No spoilers here, but we’re expecting to be impressed. Livsey, who’s been at Harvest since 2016, is among the next-generation culinary stars that keep the decades-spanning Harvard Square mainstay feeling relevant, along with executive chef Tyler Kinnett, and beverage director and master sommelier Brahm Callahan.

“Any older restaurant deals with being able to keep up with what’s popular—to be where people want to be eating—without neglecting those guests who have been dining here for 40 years. We work towards that every day,” says Livsey, who has launched a fun doughnut pop-up series at his white-tablecloth restaurant. “My style is to take desserts that people know, and elevate it with my own twist. I really like people to order it and then be completely surprised by the visual appearance–but still have a familiar memory when they’re eating it.”

Dessert lovers can see Livsey compete on Best Baker in America during its season-three premiere on Monday, May 13 at 9 p.m. EST. To watch while enjoying a full lineup of Livsey’s treats, head to Harvest: The restaurant will host a casual, non-ticketed watch party on its perfect patio. Sweet. 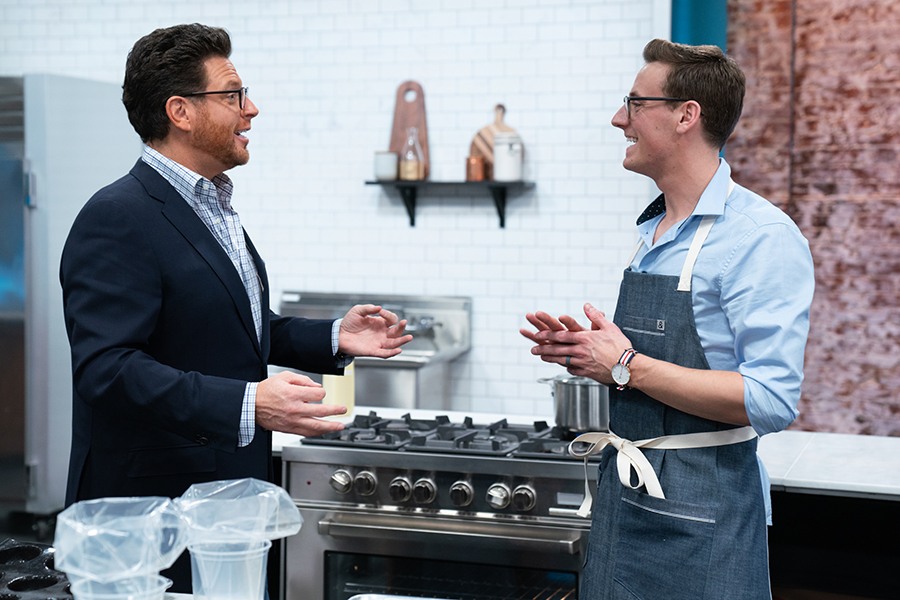 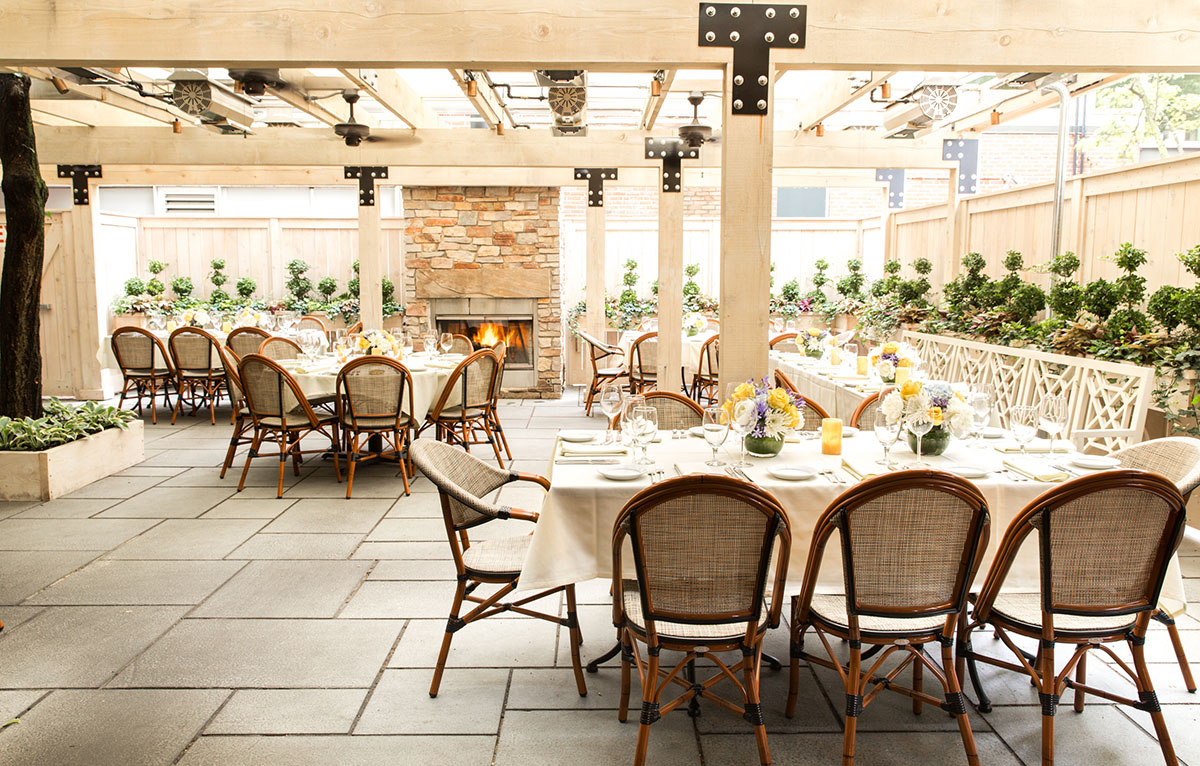 The secluded patio at Harvest. / Photo courtesy of Harvest