How the president and head distiller of Privateer Rum is setting the boys’ club of booze on fire. 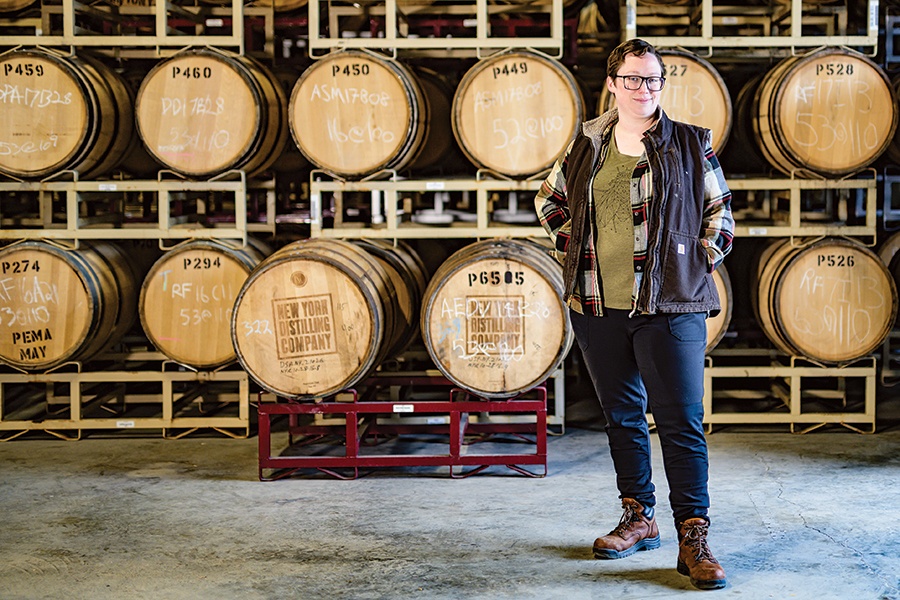 May is a major month for Privateer Rum president Maggie Campbell. / Photo by Michael Prince

Maggie Campbell studied distilling at one of the country’s top schools for the craft. She scored an early-career role at Germain-Robin, among the most venerated brandy makers on the globe. But when it came time to find her next job, she struggled to break the drinking-glass ceiling. “I was told outright by some people, ‘You’re totally the best person. I just don’t know if I’ll work with a woman,’” she says.

Their loss. And it was a big one.

Eventually, she was snatched up by Ipswich-based Privateer Rum, one of the country’s most revered craft makers. Now president and head distiller, Campbell is shaking up the traditionally bro-dominated liquor industry, one bottle at a time. And she’s not stopping anytime soon: The spirits phenom recently steered Privateer through an expansion that has doubled production capacity, and this month is rolling out the company’s first whiskey, an American single-malt.

“There were absolutely no queer distillers for me to look at, and very few visible women,” Campbell says, reflecting on her unprecedented success. “It’s been really cool to see that change.” She’s leaning against a boat-shaped bar in the gleaming, wood-swathed tasting room at the distillery. On the other side of a glass wall, a concrete warehouse hums along, turning sugar-cane juice and molasses into award-winning spirits. 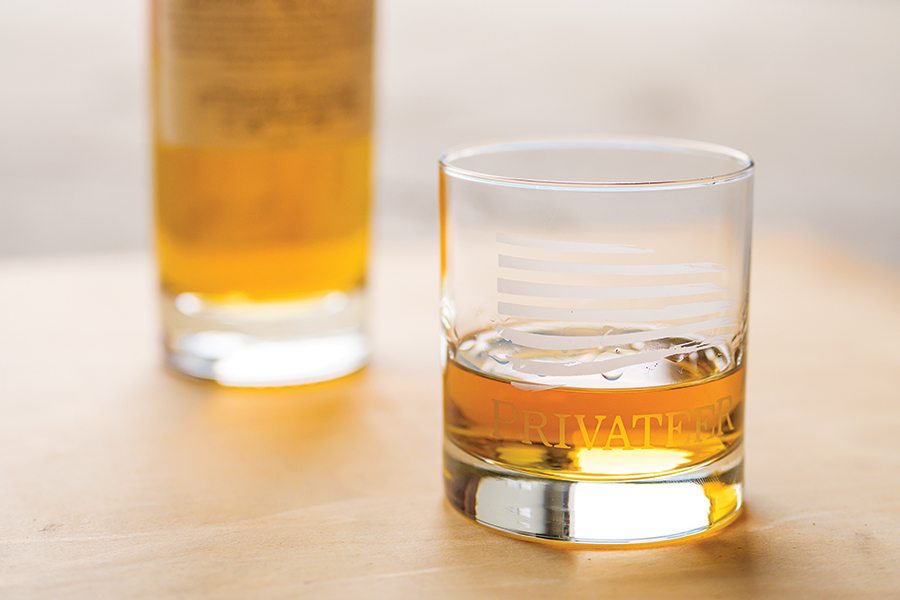 The acclaimed Ipswich distillery is rolling out its first whiskey, and a rare, government-certified authentic rum. / Photo by Michael Prince

Campbell’s operation stands apart from others for its purity-of-product philosophy—spirits are unfiltered, unsweetened, and unspiced. The culmination of those values can be found in her “bottled-in-bond” Navy Yard rum, the first Uncle Sam–accredited authentic rum made since Prohibition. In an industry where “craft” is bandied about, this is the realest deal around: To be labeled this way, liquor must adhere to strict standards set by the government in 1897. Among other criteria, it has to be distilled in a single season at a federally overseen distillery, aged for a minimum of four years at the same place, and bottled at 100-proof. Privateer produced only a single barrel of its debut bottled-in-bond rum last year; it sold out quickly, so for the second run, released this month, the distillery has tripled the amount. It will still yield only about 700 bottles, making it quite the prize.

And yet, because the bottled-in-bond designation was originally developed for whiskey, Campbell’s application was initially met with a “What is this?” reaction from the government, she says. She even had to track down a local spirits collector to find vintage photos and advertisements that proved bottled-in-bond rum once existed. “It’s really exciting to be creating an identity, and a category,” Campbell says. Not unlike her journey to the top shelf of the spirits world.