A trio of dining rooms are flipping their tables by adding new names, concepts, and menus.

Big bowls of pasta, rich sauces, fresh ingredients, ever-flowing wine—there are many reasons diners can’t get enough Italian restaurants. The classic cuisine is expansive, thanks to the regional diversity of Italy—and also the country’s outsized influence on other food cultures, especially in the U.S. So it’s no surprise that a few existing restaurants are planning to rebrand this spring with new, Italian-leaning menus. From Italian-American elegance to rustic traditional fare, here are three new Italian concepts headed for Boston. 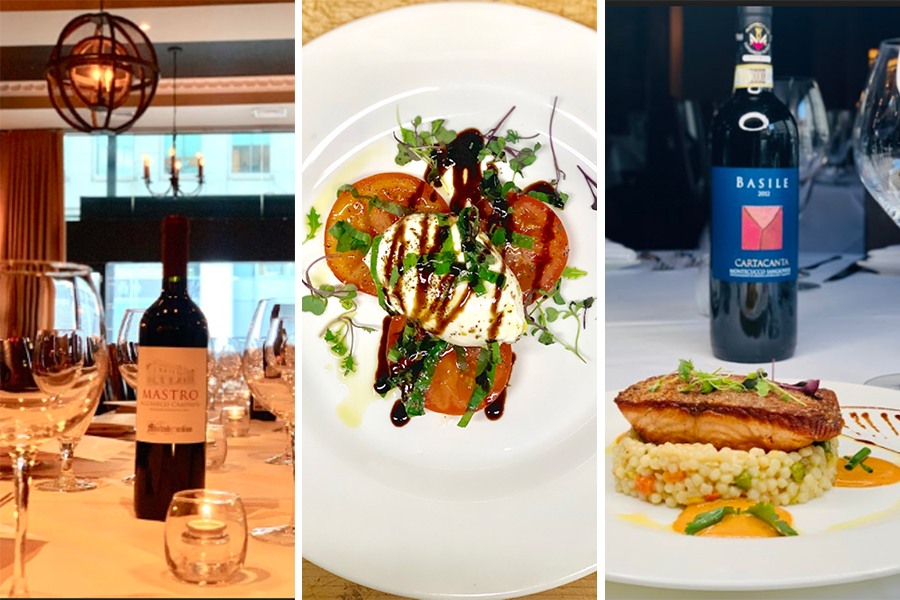 A Bay Village Italian restaurant is under new ownership, has a new name, and is modernizing its dinner, desserts, and drinks. A hospitality investment group called Namaha Capital has taken over 12-year-old Da Vinci Ristorante, and rebranded it as Basile Fine Italian Kitchen. The “royal” new restaurant (that’s their translation of “basile”) will have more of a focus on guest engagement and corporate events, says a Namaha Capital representative, as well as more modern Italian food and cocktails. But the owners are “committed to keeping the essence and heritage of Da Vinci.” They have made some renovations already, upgrading the bar and applying fresh paint, and they plan to update the exterior and patio this week. There’s a new chef at the helm, but he’ll be familiar to many regulars: Tony Singh worked at Da Vinci from 2009-2015, and developed recipes for menu mainstays like the ravioli masala, and rigatoni bolognese. For the past four years, Singh has been with Smith & Wollensky learning more about meat cookery (and corporate leadership); expect new steak dishes on the Basile menu. Beginning this spring, Basile will host weekly wine tasting classes every Thursday from 4-6 p.m. The restaurant has remained open throughout the transition, and it will stay that way. It opens six nights a week at 5 p.m. (closed on Sundays), and the official debut of Basile is slated for Saturday, May 18. 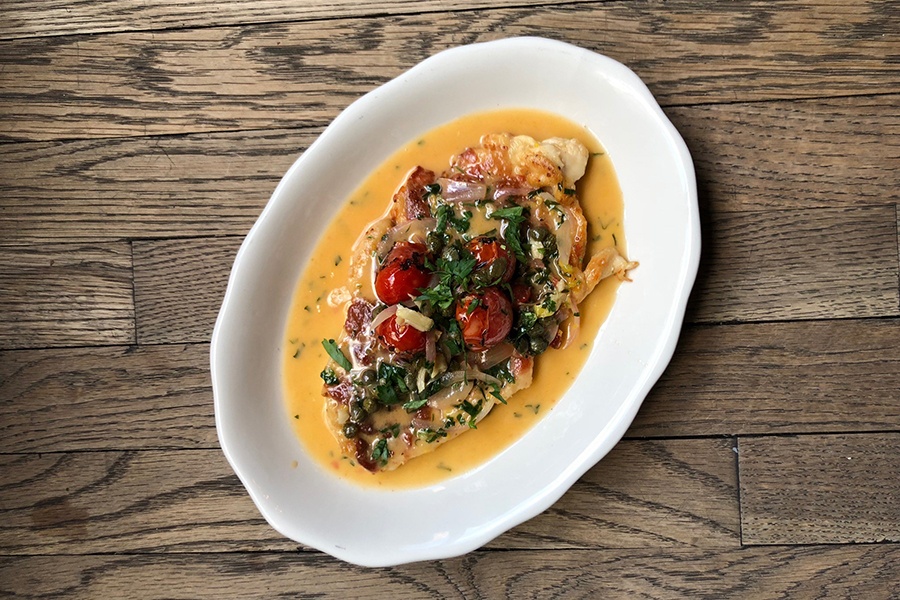 Veal saltimbocca from the Tony & Elaine’s menu would fit right in at Ciao Bella. / Photo courtesy of All Day Hospitality

Second-generation North End restaurateur Nick Frattaroli’s All Day Hospitality Group is changing the dining landscape in that area with millennial-focused spots like the cocktail bar Ward 8, hip tequila bar Bodega Canal, and kitschy-cool red sauce joint Tony & Elaine’s. But in the heart of historic neighborhood, on the Freedom Trail in North Square, Italian comfort food is really what the people want. “With North Square, we knew we weren’t maximizing the opportunity provided by being a restaurant in Boston’s Little Italy,” Frattaroli said in a press release. So in February, he quietly closed his year-and-a-half-old seafood restaurant, North Square Oyster, and plans to introduce a new white-tablecloth restaurant called Ciao Bella (no relation to a former Newbury Street spot of the same name). All Day partner and designer Justin Power is leading the renovations, which include floral wallpaper and wood trim in the second-floor dining room. “When we opened our most recent restaurant, Tony & Elaine’s [in January], we were inspired by working within the notion of what an Italian-American restaurant could be. We’ve been overwhelmed by the response and [are] having a lot of fun with it. Ciao Bella will be an elevated alternative to the old-school, casual vibe of Tony & Elaine’s,” he said. That means house-made pastas from chef Pierce Boalt Juckett—All Day Hospitality’s culinary director—and a robust seafood selection, as well as chicken, veal, steaks, and chops. But it does not mean this is fully goodbye to North Square Oyster: A 10-seat, separate bar area is becoming North Square Oyster Bar. It will offer a scaled-down version of Juckett’s former menu, including the lobster roll, fresh oysters, and creative crudo. Drinks-wise, there will be a lineup of exclusively natural wines, plus a wide selection of Italian craft beers, and retro drinks like an espresso martini, cosmos, and lemon drops upgraded with fresh ingredients. Ciao Bella and North Square Oyster Bar are on track to open in early June. 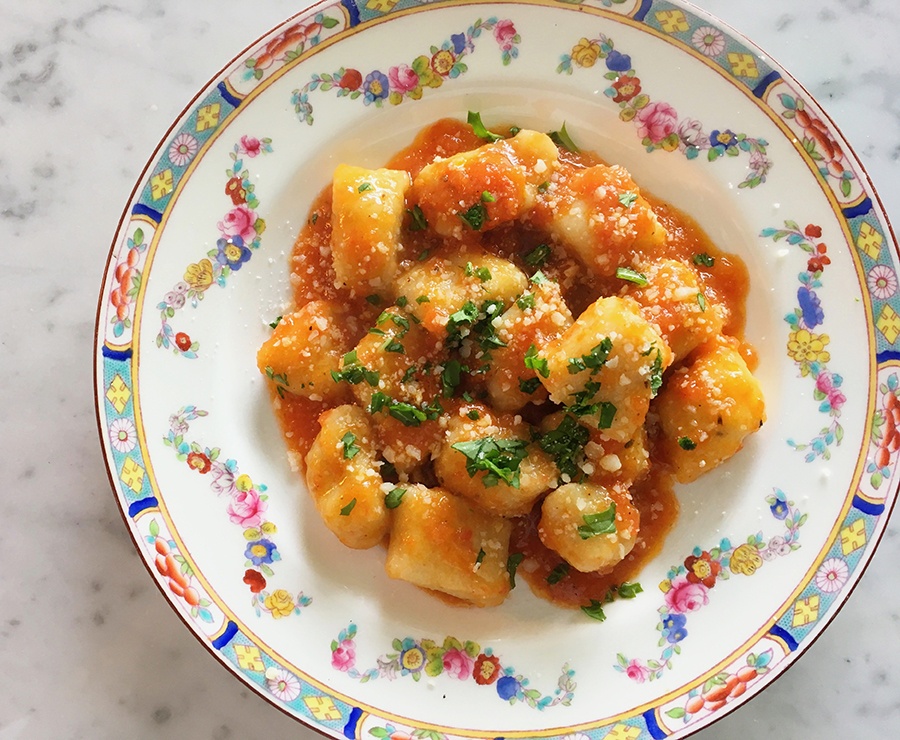 Ronsky’s—a tiny, one-time temporary Italian-inspired café and wine bar at the Street in Chestnut Hill—is transforming into a full-service trattoria. Overseen by chef Ron Suhanosky, Chef Ronsky’s Trattoria will feature a rotating menu of antipasti and fresh-made pastas, as well as house-made desserts. Suhanosky, who has a James Beard Award for his cookbook, Pasta Sfoglia, formerly owned and operated two Sfoglia restaurants in New York City and Nantucket. He is also an alum of the River Café in Brooklyn, former Boston restaurants Galleria Italiana and Biba, and Coppa. “Chef Ronsky’s Trattoria will allow my guests to experience my passion for Italian cooking and give them a taste of who I am and where I came from,” Suhanosky said in a press release. The menu won’t hew to a particular Italian region, but instead will span the country’s cuisine and Suhanosky’s own influences. Expect items like quattro formaggio with house-made Sicilian wine biscuits and fig jam; arancini with spring peas, coppa, and saffron mayonnaise; spaghetti with strawberries, tomatoes, basil and balsamic vinegar; gnocchi with braised fennel, artichokes, and sun-dried tomatoes; and Nonna’s zeppole with hazelnut chocolate. It will serve exclusively Italian wines and beers, too. Some furniture rearranging, a bar revamp, and adding a new, built-in bench increases the seating inside to 30, and the renovated restaurant will have a new, open kitchen and a patio, too. Chef Ronsky’s Trattoria will open in early June, and serve daily from 2-5 p.m. for antipasti, and 5-10 p.m. for dinner.