Vegan Beer Hall Rewild Is Crowdfunding to Reopen in Cambridge

After a winter pop-up in Quincy Center, the plant-based bar is eyeing a massive location in Central Square. 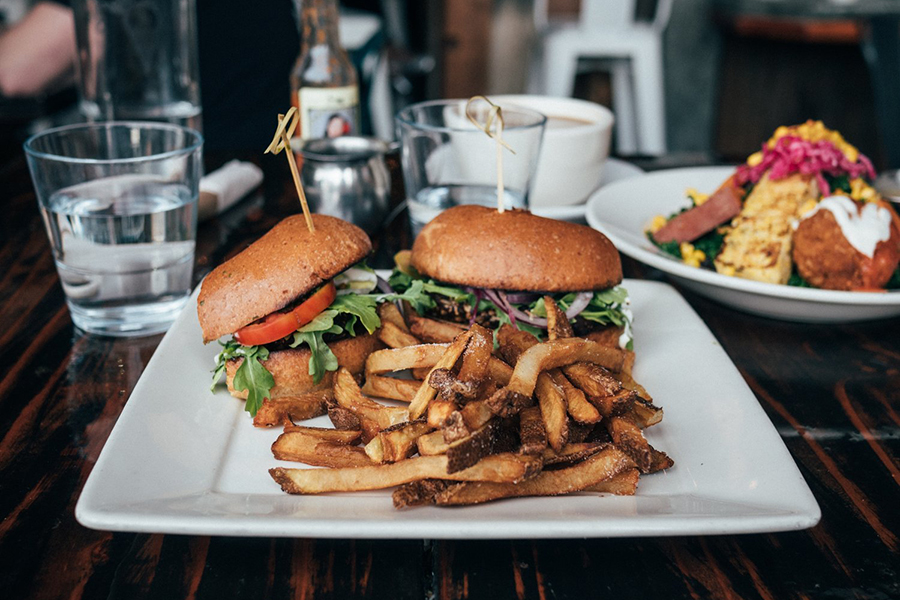 The seeds of a vegan beer hall business are being replanted in Cambridge, and the owners are asking the public to help it grow. Rewild Plant Food + Drink is eyeing a location in Central Square for its first permanent space, and the cofounders just launched a $200,000 Kickstarter campaign to help get the café and bar open.

The cofounders haven’t announced the exact location in Central Square yet, but describe a massive, 4,700-square foot “blank space” in the heart of Central Square, with outdoor access. (Cambridge Day notes there is a vacant property on Prospect Street that fits the bill.) It will be a big project: In a Kickstarter video, cofounder Pat McAuley says it will cost “close to $2 million to make our vision come to reality, but we’re close.”

A joint effort by McAuley, and entrepreneur, and By Chloe alum Marissa Hughes, Rewild operated a temporary location in Quincy Center from October 2018 until earlier this year, as a café-by-day and a bar at night, with “dishes… aimed at satisfying a meat-centric omnivore without any pain,” as the Boston Globe assessed in a December review.

Another By Chloe alum, Will Hernandez, helped design the menu of Impossible burgers, like the Saucey, topped with a plant-based crema, salsa roja, pickled onions, and mixed greens; pizzas topped with house-made soy and cashew cheeses and toppings like “pepperoni” made from cured beets; and more beer hall-inspired fare. On draft, Rewild poured more than a dozen craft beers from the likes of Barrel House Z (which, before starting Rewild, McAuley helped found in Weymouth), Springdale, and Fiddlehead; along with cider and kombucha. It had an espresso program, a solid wine list, and a few cocktails, too.

Doesn’t sound like a typical vegan restaurant, does it? It’s meant to change the game, McAuley says.

“First and foremost, it’s our goal to have a positive impact on the health of people and the planet,” by making it easy for people to make plant-based dining choices, without sacrificing the social atmosphere that people seek when they go out, he says.

“Right now in Boston, even New England, there’s really nowhere you can have a social experience in a hip, fun setting and choose a 100% plant-based meal, and that’s not cool,” McAuley says in the Kickstarter campaign video. Along with casual, picnic table-style seating, Rewild will have live music, artist exhibits, and other uses.

Something cool for Cambridge, for sure, but some South Shore-based fans are disappointed. Wrote one person on Rewild’s Facebook announcement, “So sad, the south shore wants/needs more vegan/vegetarian options, but sure Cambridge needs more options. Don’t get me wrong, I was at Rewild almost everyday while you guys were in Quincy and I will continue to support if possible. But this is such a let down!”

The change of plans is a business decision, McAuley says. “If we don’t open and operate a successful business, we obviously won’t have any real impact. We shifted our focus to Central Square because we really like the demographic and traffic the area presents and we feel Rewild will be a great fit there,” he says. And he’s hopeful it’s only the first location of Rewild. “We absolutely plan to return to the South Shore and beyond in the future,” McAuley says.

But first, there’s fundraising to do, and a big buildout looming. Rewild is offering rewards ranging from a T-shirt, to vegan cheese-making classes and more for Kickstarter supporters. Since launching on May 7, the vegan beer hall has raised nearly $15,000. It needs to raise $200,000 by Thursday, June 6, to collect the donations.

Stay tuned for a location announcement from the team at Rewild Plant Food + Drink. 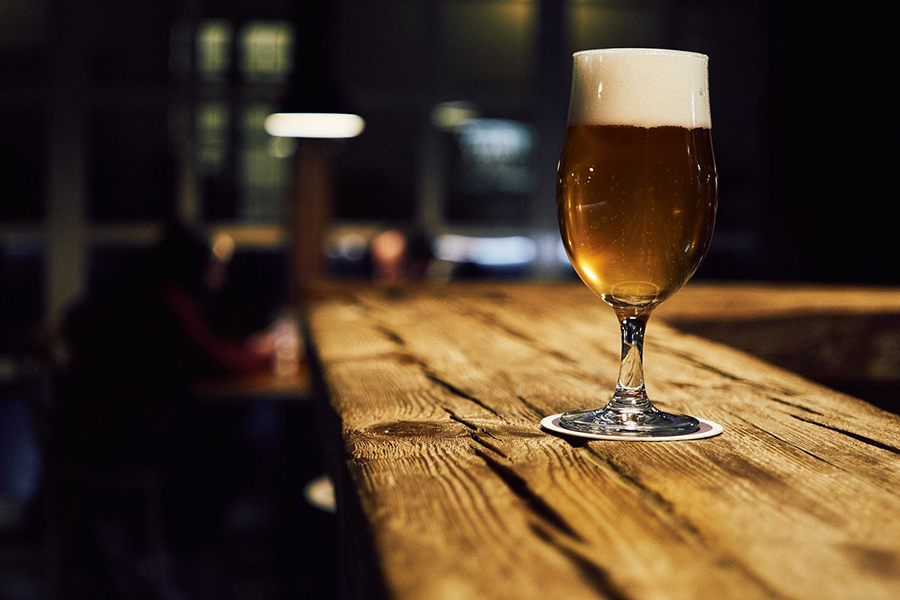 At a temporary location in Quincy, Rewild served beer and more. / Photos provided by Rewild 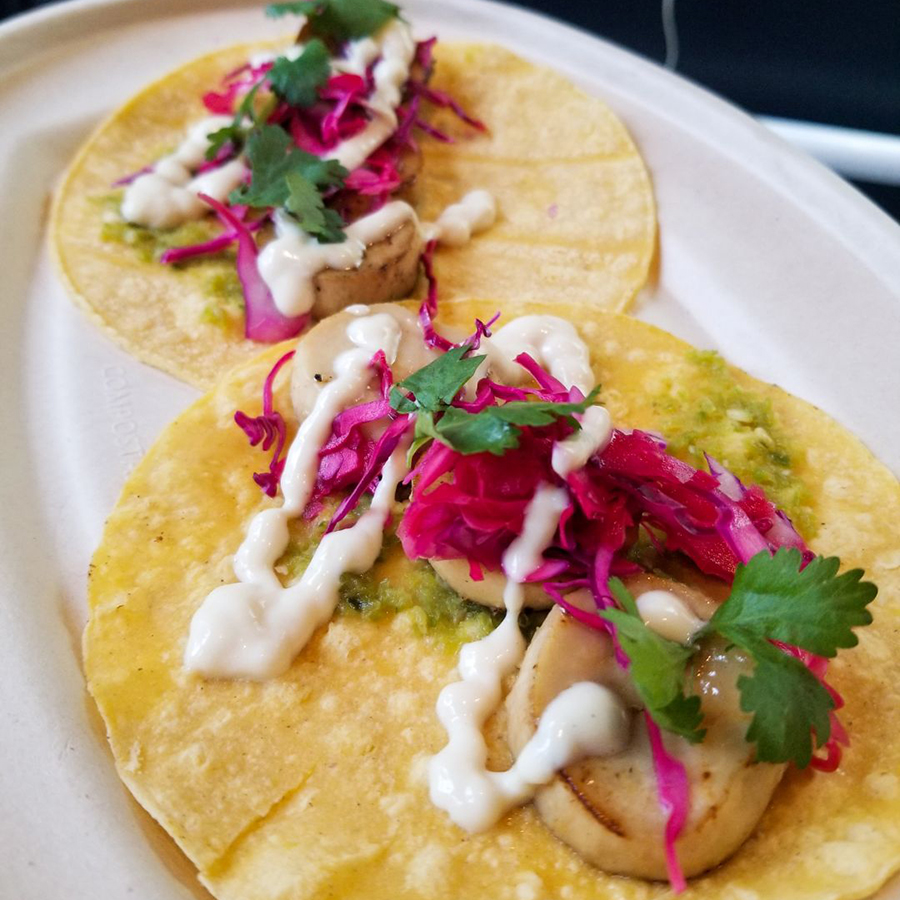 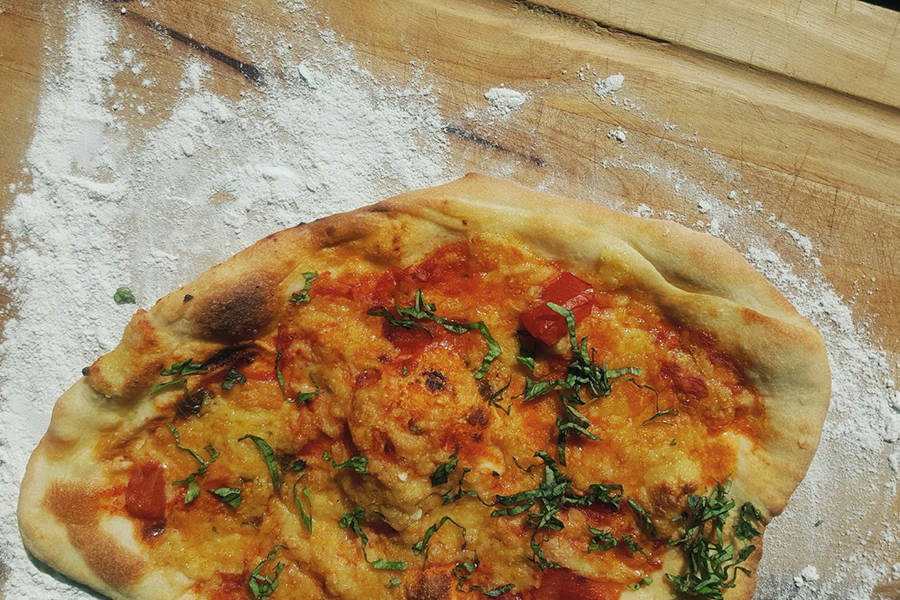