An extensive pasta program, an accessible wine list and more add charm to the Emory. 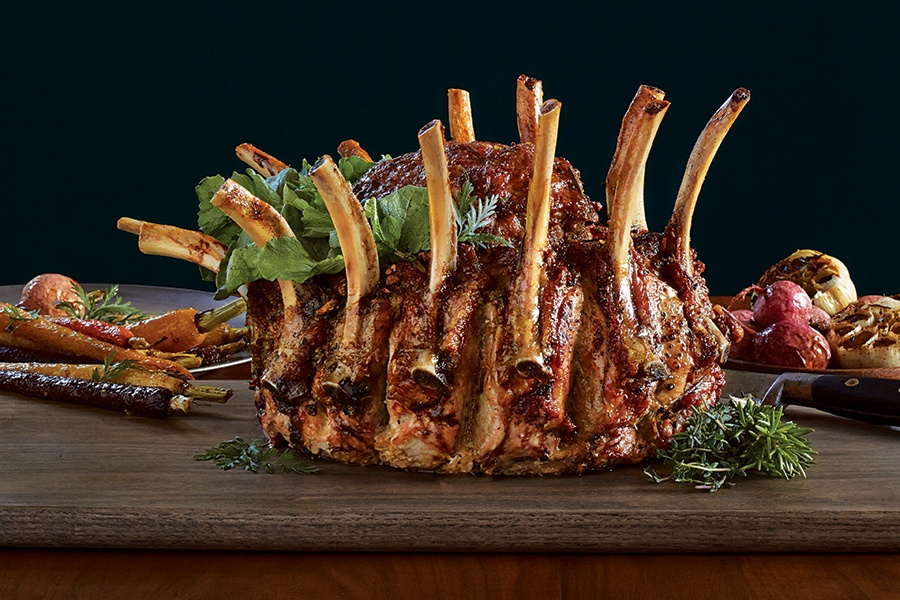 [Update: This article originally appeared in the May 2019 issue of Boston magazine. According to a rep for the restaurant, Brian Young has subsequently stepped down from the project to relocate. The restaurant’s team “remains committed” to its concept, and a new executive chef will soon be announced. Boston magazine has also reached out to Brian Young for comment, and will update accordingly.]

“Focus on what I do best.” That, says Brian Young, was his greatest takeaway from the wacky cooking challenges he faced on the latest season of Top Chef. He’ll honor that commitment from the open kitchen of the Emory, debuting in May on Beacon Hill, by leaning on the nose-to-tail know-how he first honed serving whole-hog banquets at Citizen Public House & Oyster Bar. At the Emory, Young will butcher local pigs for creative specials, lunch sandwiches, and shareable, large-format dinners—including this beautiful bone-in pork “crown” roast for 10. Omnivores, meanwhile, will appreciate the extensive handmade pasta program; oenophiles will flock to the marble-topped bar’s accessible wine list, curated by owner (and No. 9 Park vet) Andy Kilgore; and all will enjoy the 1895-built address’s refreshed style, which combines turn-of-the-century swag with rock  ’n’ roll edge. Did someone say dinner party?