The new café concept will replace Longfellows Coffee, whose owners move away from Cambridge in June. 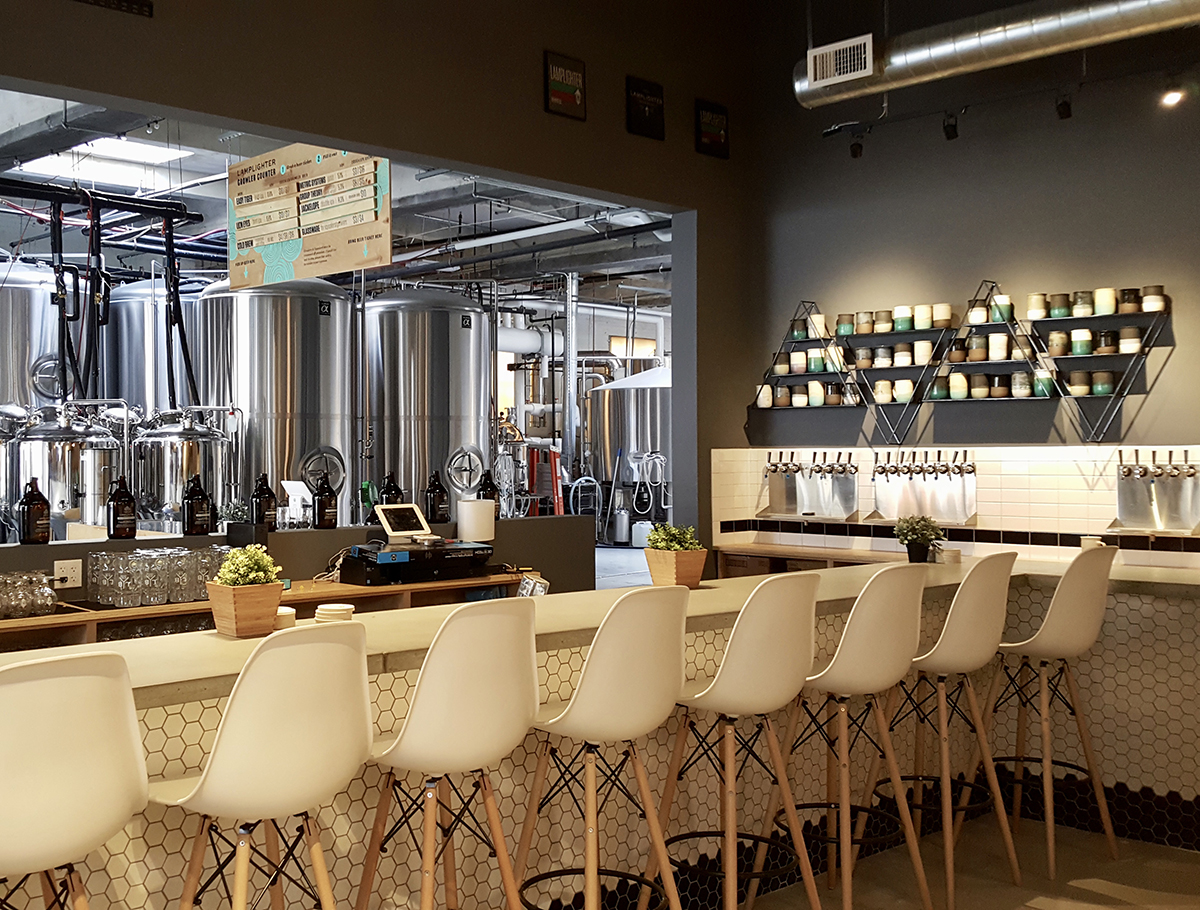 A changing of the baristas is underway at Cambridge’s café-by-day, brewery-by-night. Longfellows Coffee—located at Lamplighter Brewing Co. on Broadway—announced this morning that it will close for good after service on June 2—and that the Lamplighter team plans to debut Pepita Coffee in the space a week later.

Longfellows founder Alisha Fowler and her family are relocating to the Princeton, N.J. area, as her husband, Jesse Jenkins, has accepted a tenure-track position at Princeton University. It’s bittersweet, Fowler says, as it’s an exciting opportunity for their family, but “I love, love, love Longfellows and being part of the food community in Cambridge, honestly more than I imagined.”

The new concept is so named because it’s “a little seed growing in the taproom,” says Lamplighter cofounder Cayla Marvil. Since day one, the goal for the colocated businesses was to get locals excited about the space, whether they drink beer or not, Fowler says. That will continue with Pepita Coffee, built on the foundation that Longfellows laid, Marvil says. She’s hopeful the community will be excited about breakfast tacos: The uncommon-in-Boston street food will anchor Pepita’s forthcoming menu.

The Longfellows and Lamplighter families have known each other for years; they were neighbors when Fowler and Jenkins first moved to Cambridge eight years ago, when Jenkins enrolled at MIT. The couple knew the brewery owners were looking for a café operator to share the space. At the time, Fowler was program director for Chefs Collaborative, a national nonprofit network based in Boston with a mission to build a better food system. The experience made her want to be part of the food system, she says, and it also introduced her to mentors like former Lumière and Area Four chef-owner, Michael Leviton. Longfellows and Lamplighter opened together in late 2016.

“Lamplighter really took a chance on me, and I was able to take that good food knowledge I had and parlay it into a community space,” Fowler says.

The bright and airy taproom in Cambridge proves a comfortable meeting place by day, she continues, and she’s been overjoyed to see young parents’ groups, neighborhood running clubs, and even networking realtors make it their own. “I wanted to bring people people together through coffee and good food, and it’s exceeded my wildest hopes and dreams,” she says. Fowler is hopeful she can get involved in the food business in her new town, she says.

Marvil agrees Longfellows has been a great success, and she’s excited to carry the torch, with her own twist on the café program. From a tiny kitchen equipped with an oven and an electric griddle, Longfellows’ food program has evolved over the years to offer local products, like Bondir pastries and Bagelsaurus bagels, plus house-made overnight oats, breakfast and lunch sandwiches, and more.

Marvil, a one-time coffee shop manager and line cook, is working with current Longfellows chef Andrea Amador and Joe Galgani, currently a Lamplighter bartender and a cook at Darwin’s café, to create a breakfast taco program for the new concept. Menu development is happening right now, but Marvil says in addition to breakfast tacos, expect an avocado toast, and other rotating specials; plus a lineup of handmade pastries by Marvil.

“I’m super excited about that,” she says. There won’t be any laminated-dough pastries (croissants), at least to start, but there will be items like scones, cinnamon chocolate pumpkin bread, double chocolate chip cookie with chilies, and more. “It will be fun and interesting, but simple,” Marvil says.

The beverage program will continue to highlight Barrington Coffee, as Longfellows does, and select single-origins from other roasters. “We’re going to introduce some new cold drinks, like malted cold brew, a spiced cold brew, sparkling limeade, and a michelada,” Marvil adds.

Since both businesses opened, Marvil has worked closely with Fowler. “We’ve seen what she built and what works,” Marvil says. It doesn’t feel right to keep the café the same without her friend involved, she says, but “it’s an opportunity for us to keep her staff and keep the coffee program going.”

Keep tabs on Pepita Coffee on Instagram, and stay tuned for more menu details. It will debut on Monday, June 10. For the week after Longfellows closes, the Lamplighter/Pepita crew will serve coffee to-go in the early mornings, while taking some time to do minor kitchen renovations, and make sure the staff is on board with the new concept, Marvil says. Throughout the transition, the taproom will open at 11 a.m. as usual for beer.

And Longfellows isn’t going away quietly. Fowler and her team have a series of events planned from now until June 2, including a special final Bagel Friday, merch and growler sales, and a breakfast sandwich extravaganza.

“With your support, we have grown into a vibrant coffee shop and community hub,” Fowler wrote to fans today. “It has been an absolute honor and a joy to be a part of the food and female-owned business community in Cambridge and beyond.⁣”